These Caramallows have a soft, buttery caramel layer, topped with fluffy homemade marshmallows and are all dipped in a sweet chocolate coating. Save a trip to the candy store and make these at home! 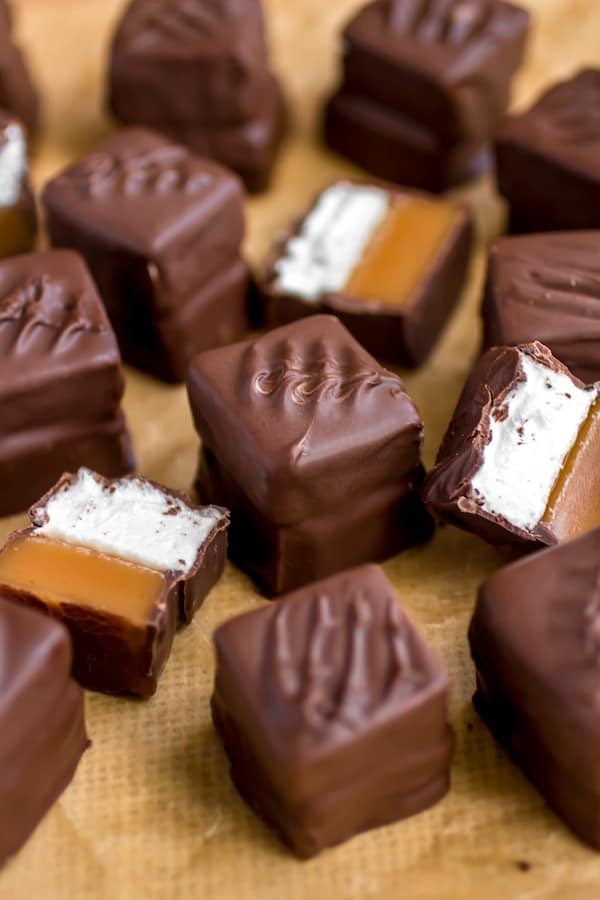 I’m sharing these glorious little candies with you guys today! Now, I’m not much of a candy maker because the chocolate dipping can be a bit tedious for my small attention span, but every once in a while they’re fun to make. As long as you have a candy thermometer, you can totally take on these Caramallows! You’ll start with some homemade soft caramels, then they are topped with homemade soft and fluffy marshmallows and everything gets wrapped in silky smooth chocolate. Talk about one of the most delicious things I have ever tasted, I can’t even explain! 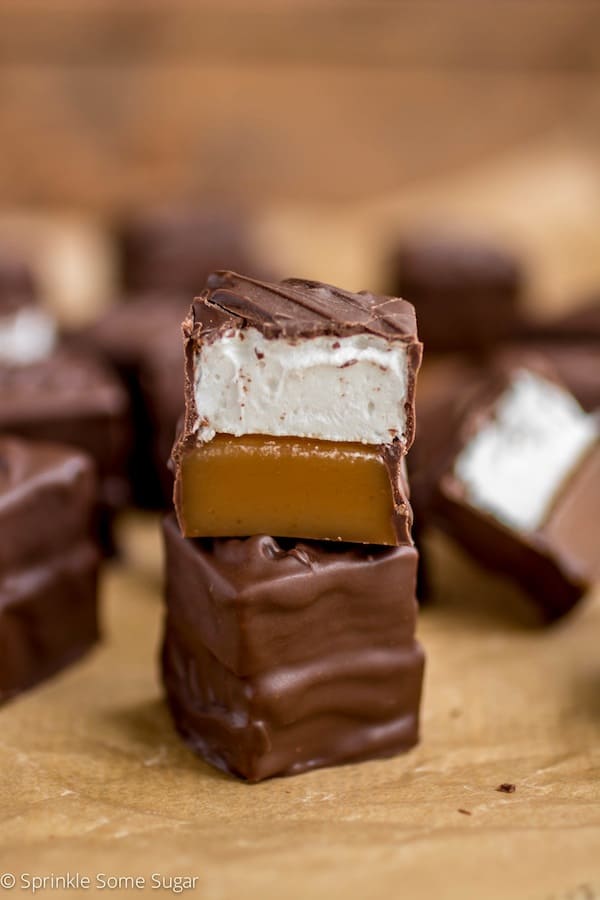 The caramel layer is so buttery, rich and soft. It’s the worst when you get a caramel candy that’s so hard you practically break your front teeth biting them. But not these! They are so soft, creamy and crazy addicting. Have you ever made homemade marshmallows? Until this year I never made homemade marshmallows, once you try them it’s hard to go back to store-bought! They are such a fun treat to have every once in a while. They’re so fluffy and soft and they just literally melt in your mouth. 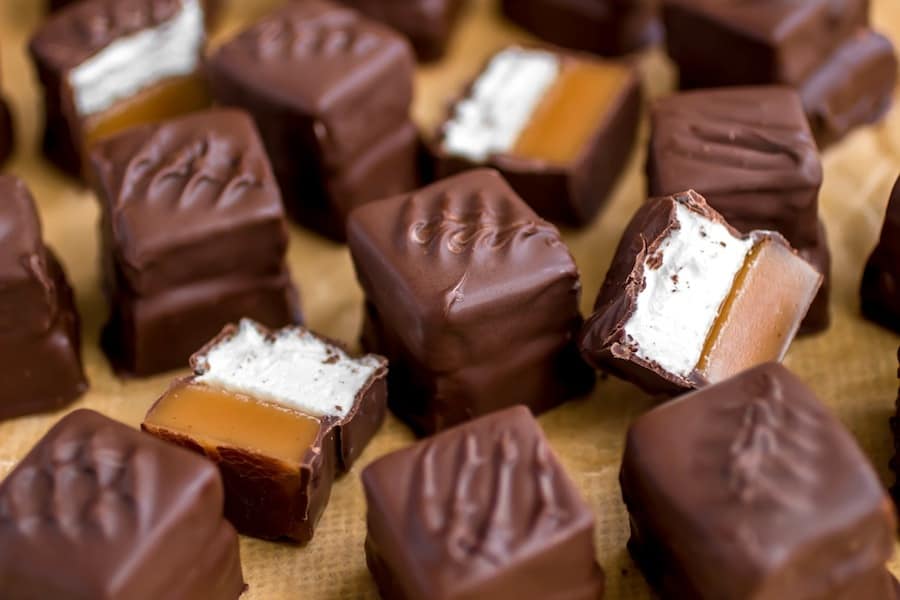 To make these candies you’;; prepare the caramels and pour them into the pan. While they’re cooling and setting up, you’ll make your marshmallow layer and spread it right on top. I like to make them the night before I need them so they have all night to set up completely. You’ll cover them tightly and in the morning you can cut them into little 1″ squares and dip them into chocolate! They’re super simple and I’m telling you, you have never had a candy this delicious before!

You can find the full recipe over at Dixie Crystals!