This Caramel Peanut Butter Sundae Pie is the ultimate dessert! The graham cracker crust is topped with crushed salted peanuts and caramel sauce that gets covered in a blanket of cold, creamy peanut butter ice cream and toppings. It doesn’t get any easier than this! 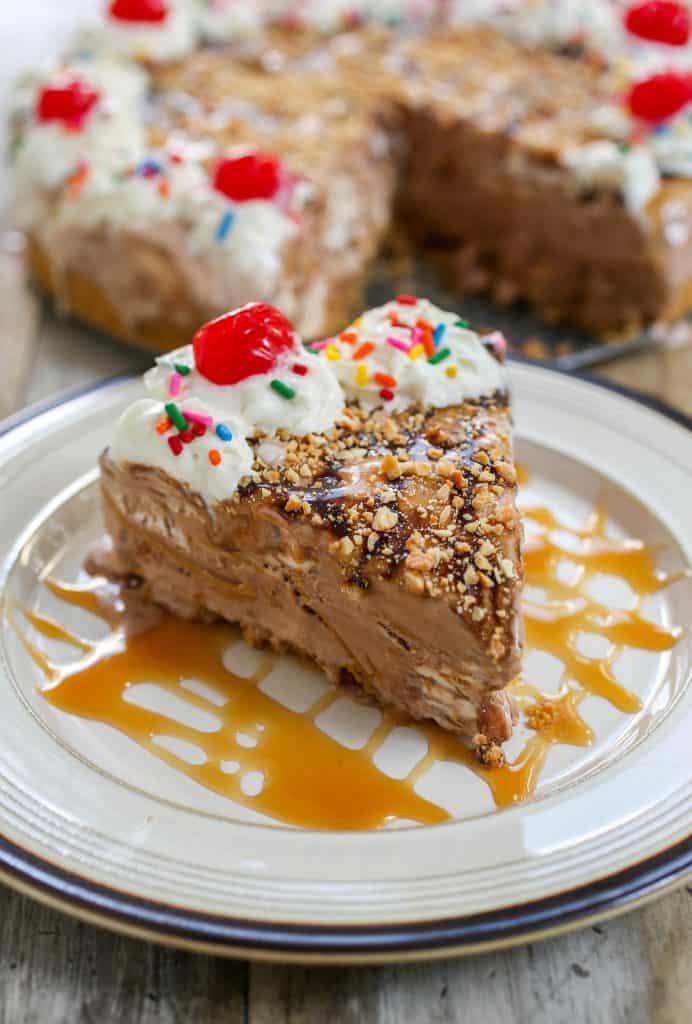 Summer is finally here in New Jersey so I have been going on a rampage making all things cool and refreshing. Well.. I don’t know if I would really call this a “Summer” since this isn’t our typical summer due to everything that’s going on. Buuuut, the weather is warm and you can make this at home soooo, score!

To make this recipe, you’ll start with a homemade buttery graham cracker crust (that does not need to be baked – woo!). On top of the crust comes a layer of crushed salted peanuts that bring so much flavor and texture to this pie! Definitely don’t skip that step. Next, comes a creamy caramel layer and then the refreshing ice cream. It doesn’t get easier than this! The only thing you’re really making here is the crust. WIN. 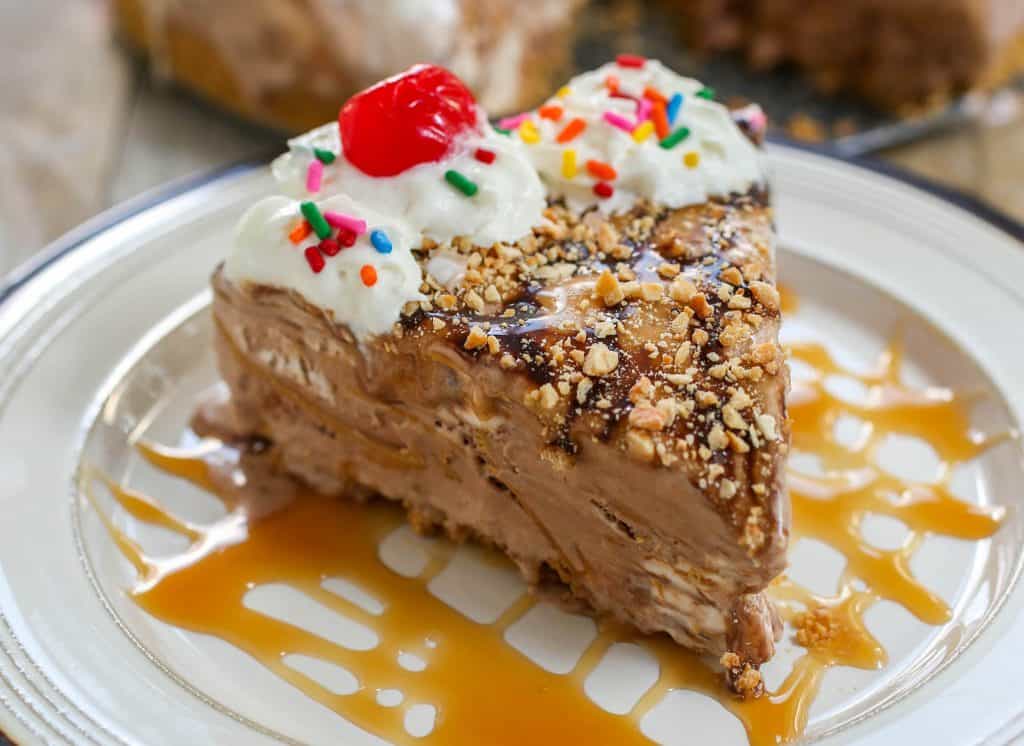 Decorating this pie is the best part because it’s what really makes it look like a sundae! You can use any toppings you like, go crazy! Sundae pies are so much fun. I also have a banana split version HERE that is to diiiiie for! And it’s no bake too!

If you need an easy and delicious dessert, this is perfect.

For the FULL RECIPE head over to the Dixie Crystals website, who I partnered with to create this recipe and many other others!