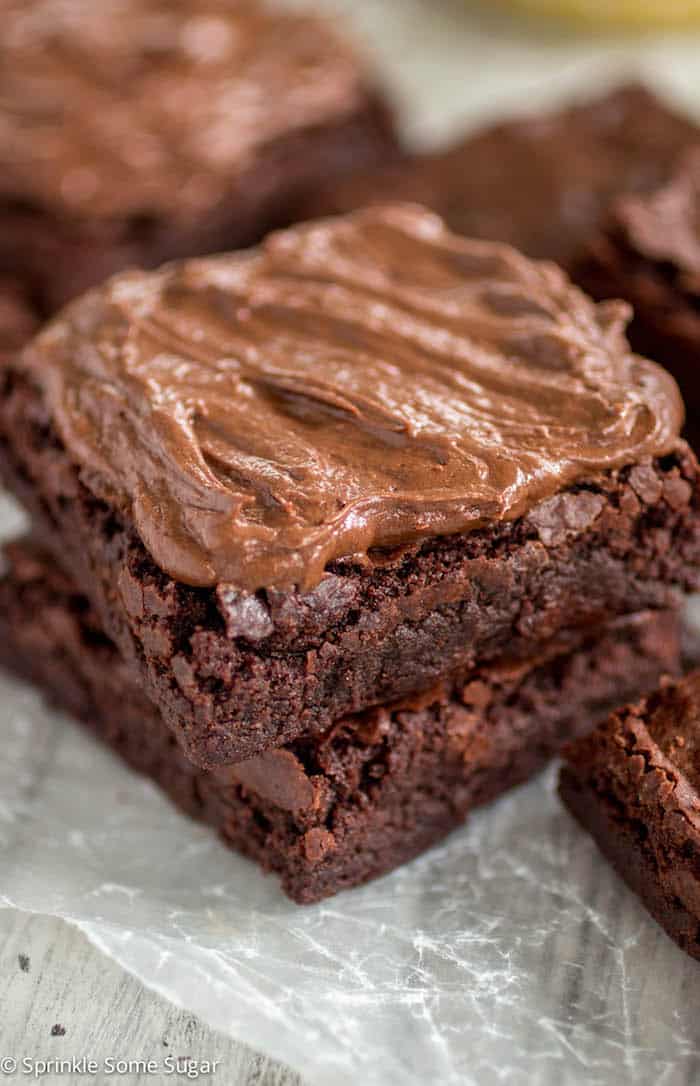 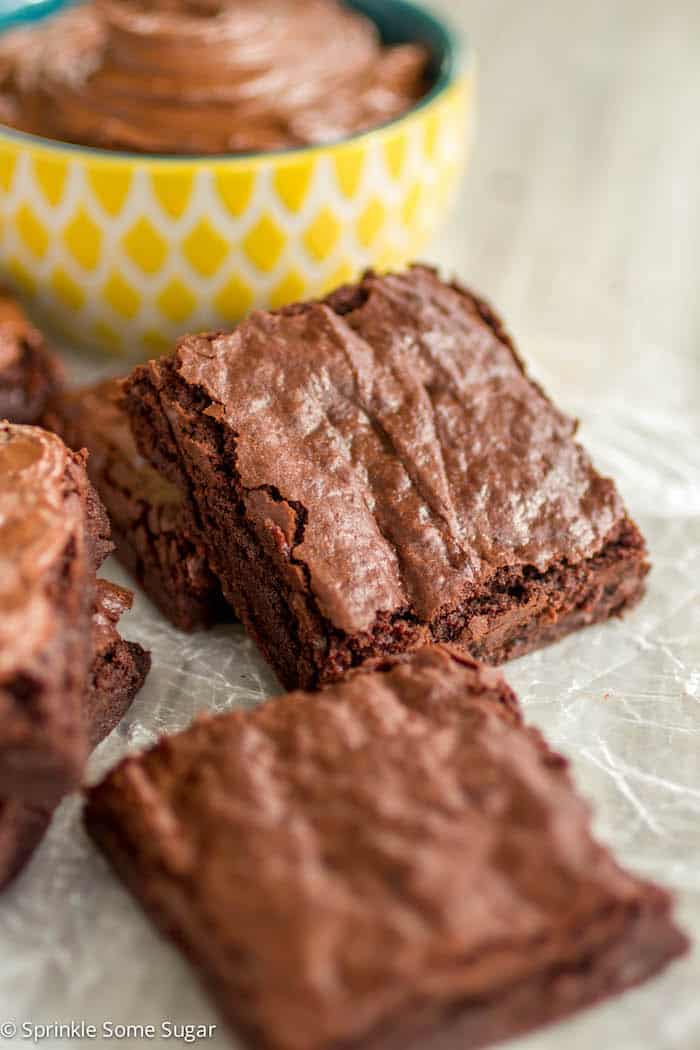 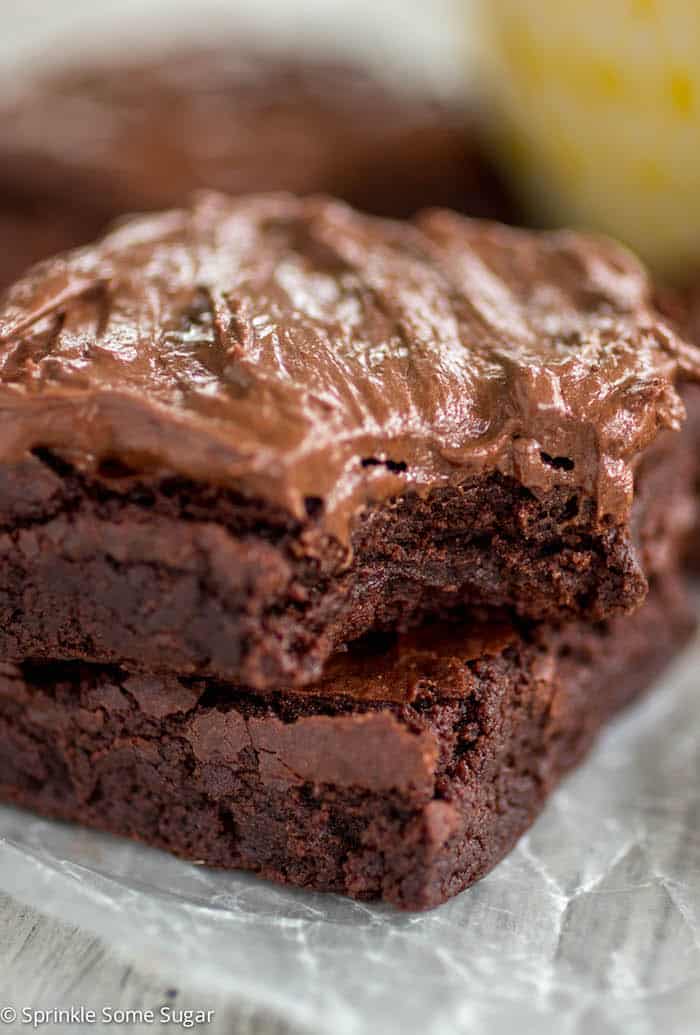 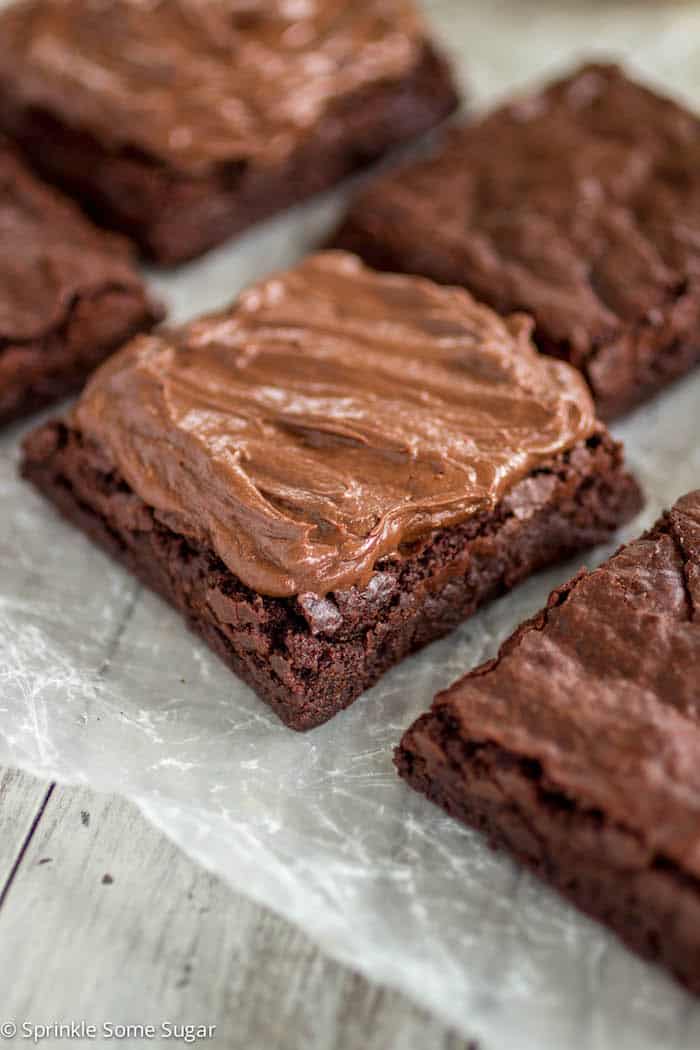 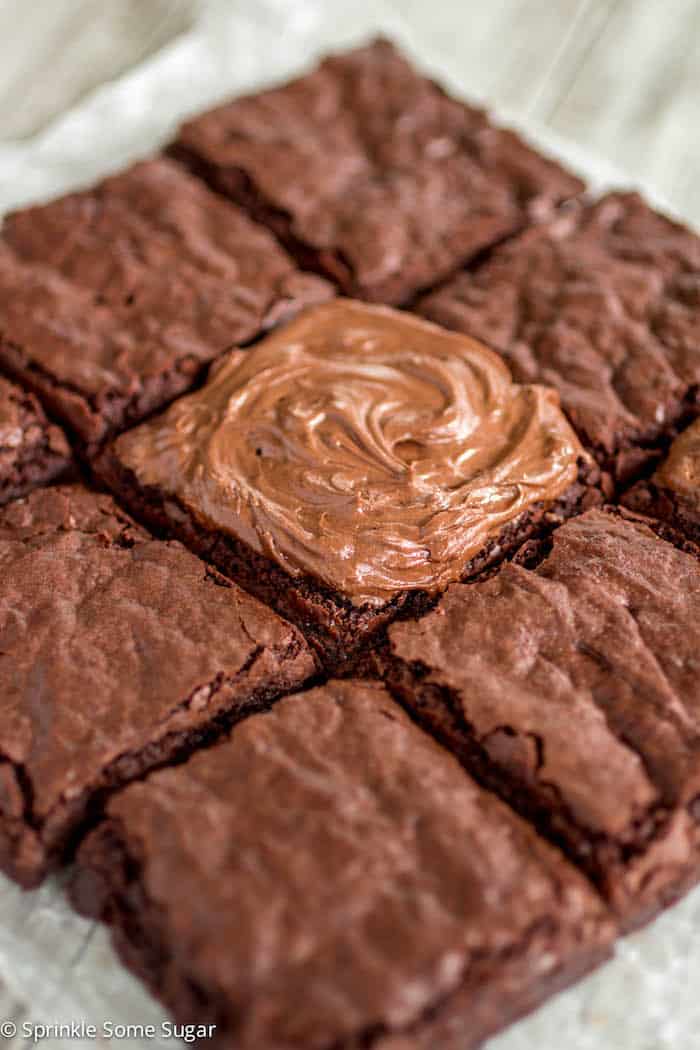 In a large microwave-safe bowl, place butter, both sugars and cocoa powder. Microwave for 1 minute and 30 seconds. Stir very well and allow to cool for about 3 minutes before continuing. Add the eggs and vanilla and stir until incorporated. Pour in the flour and baking powder and mix until combined. the batter will be very thick. Pour mixture into prepared pan and bake for 25-27 minutes or until a toothpick inserted in the center comes out clean. Allow brownies to cool completely in pan before frosting.

While brownies are cooling, prepare frosting. In a large bowl with a hand mixer - or a stand mixer fitted with the paddle attachment - cream the butter and corn syrup until completely smooth with no lumps. Add the cocoa powder and vanilla and beat until smooth. Pour in the confectioner's sugar and mix on low until completely incorporated. The frosting will be extremely thick so don't panic. Add the milk 1 tablespoon at a time until your desired consistency is achieved. Beat for another minutes until thick and creamy. Spread a thick layer on top of the cooled brownies. Slice and serve.

Chewy Brownies with Chocolate Fudge Frosting will stay fresh for up to 5 days stored in an airtight container at room temperature.