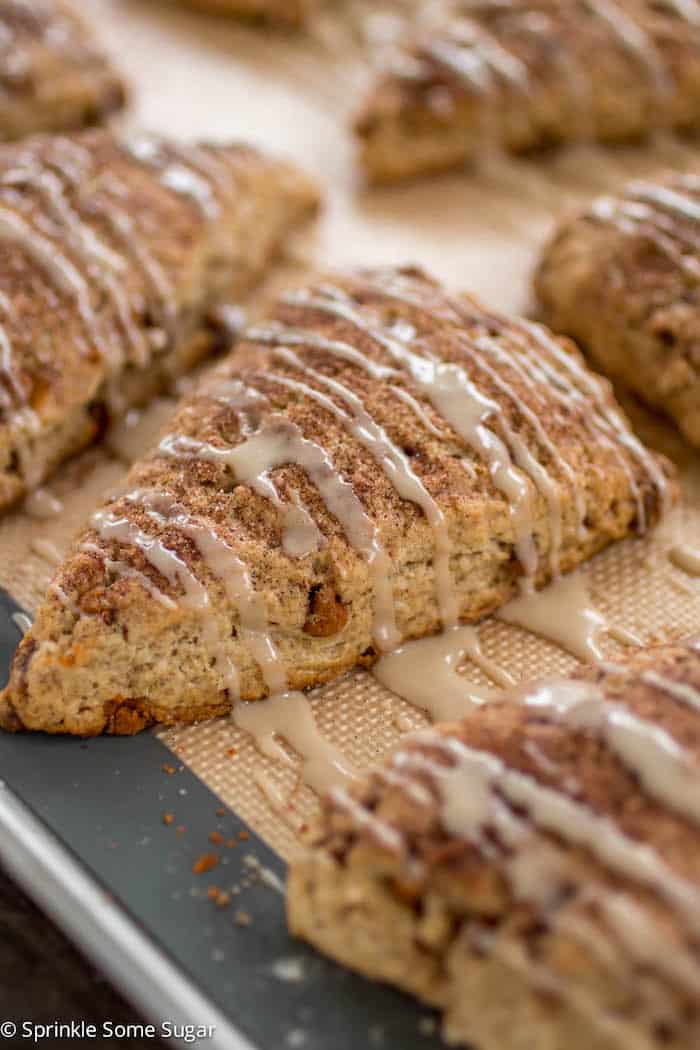 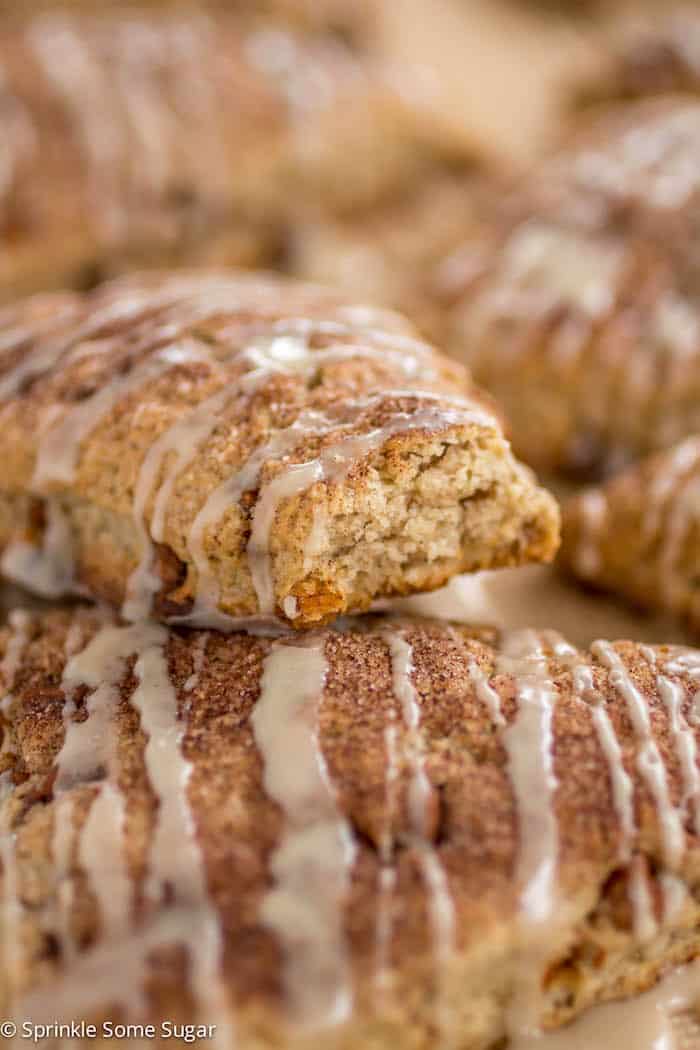 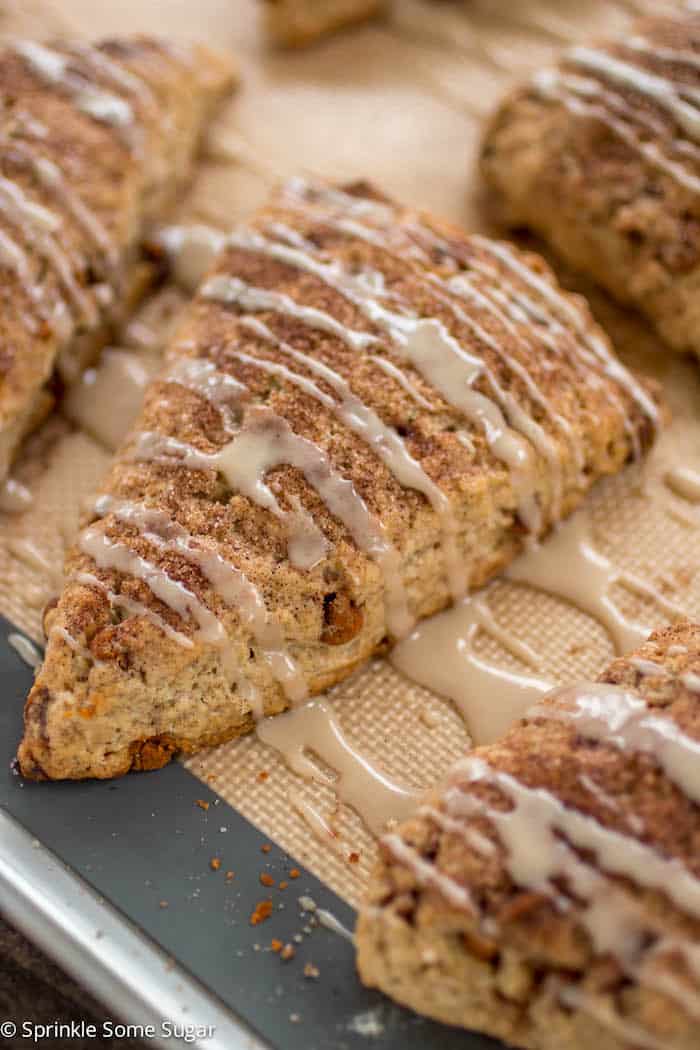 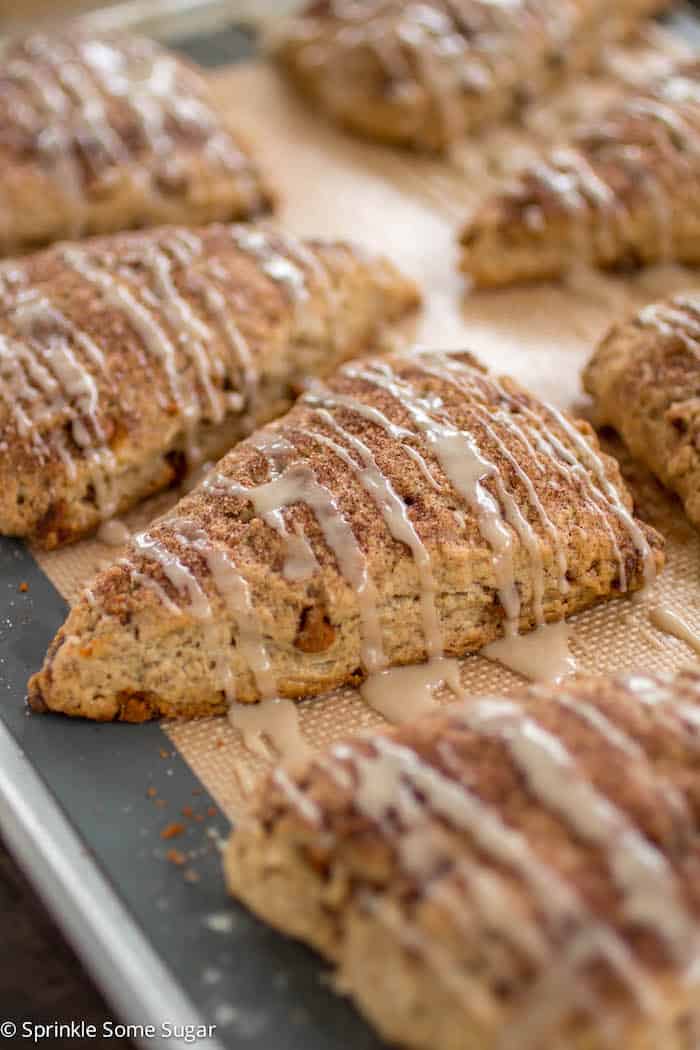 Preheat oven to 400 degrees and set oven rack to the middle position. Line a baking sheet with parchment paper or a silicone baking mat and set aside.

In a large bowl, gently toss flour, both sugars, baking powder, baking soda, cinnamon and salt. Set aside. In a separate small bowl, whisk sour cream and egg until completely smooth. Set aside.

Grate frozen butter into flour mixture. Using your hands, work in the butter until the mixture is crumbly. Gently stir in sour cream mixture until just about combined. Carefully stir in the cinnamon chips. Do not over work the dough! Again, very gently press the dough against the sides of the bowl a few times and form a ball. The dough will be sticky at first but will come together as you form it.

Place dough on a lightly floured surface and lightly pat into an 8" circle about 3/4" thick. Use a very sharp knife to cut into 8 triangles (like a pizza). Transfer triangles onto prepared baking sheet in a circle shape or in two rows (4 in each row) leaving about 1" between each one. Combine sugar and cinnamon in a small bowl and sprinkle on top of scones before baking.

Bake scones for 15-17 minutes or until the tops begin to golden. Don't take them out too early or they will be too soft. Allow them to cool for 10 minutes on the pan before transferring onto a wire rack to finish cooling completely. During this time, prepare glaze. Stir together confectioner's sugar, vanilla and milk or cream until smooth. I like to use cream because it makes a thicker glaze. Once completely cooled, go ahead and either dip the tops of the scones into the glaze or drizzle it on top with a spoon as pictured.

Cinnamon Chip Glazed Scones will stay fresh for up to 6 days stored in an airtight container at room temperature. 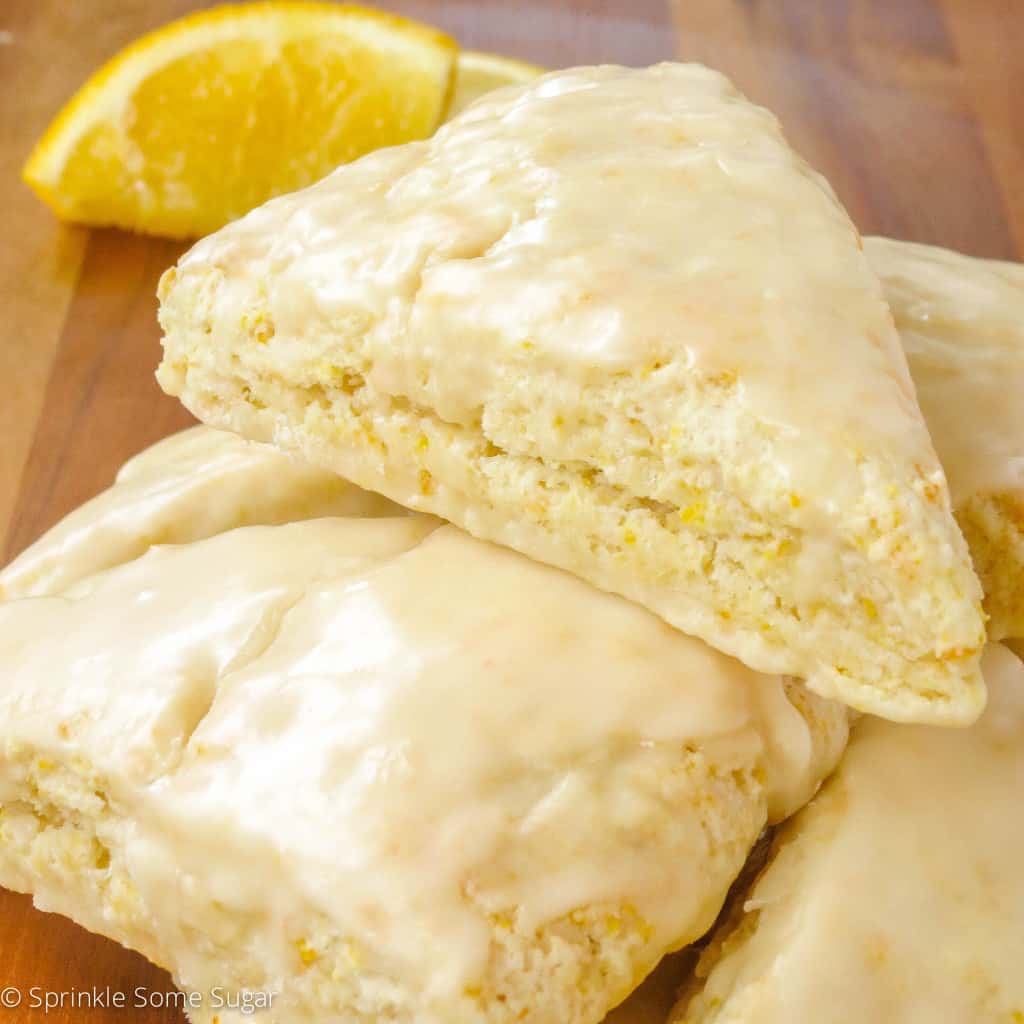 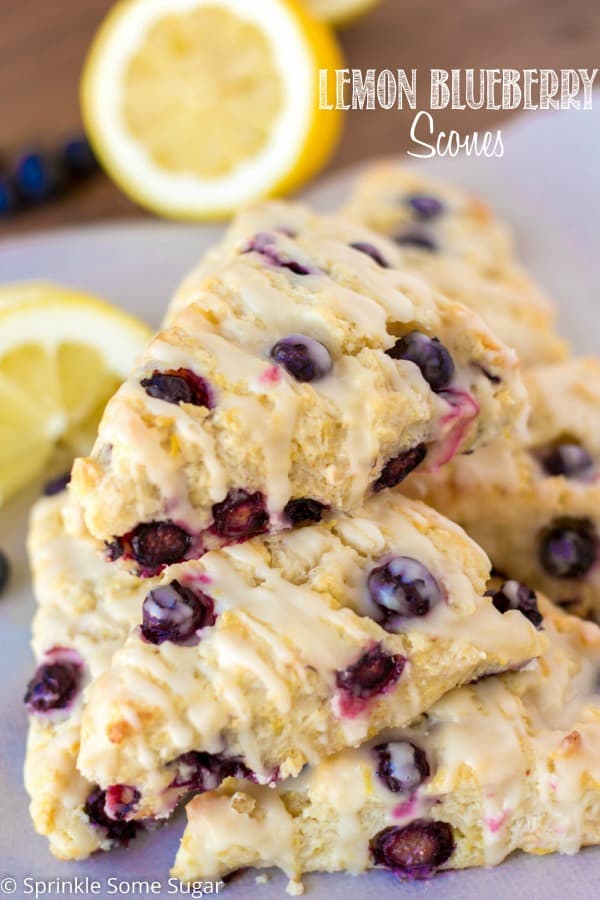