Soft, fluffy and gooey and loaded with cinnamon sugar, you're going to want to make this bread over and over again! 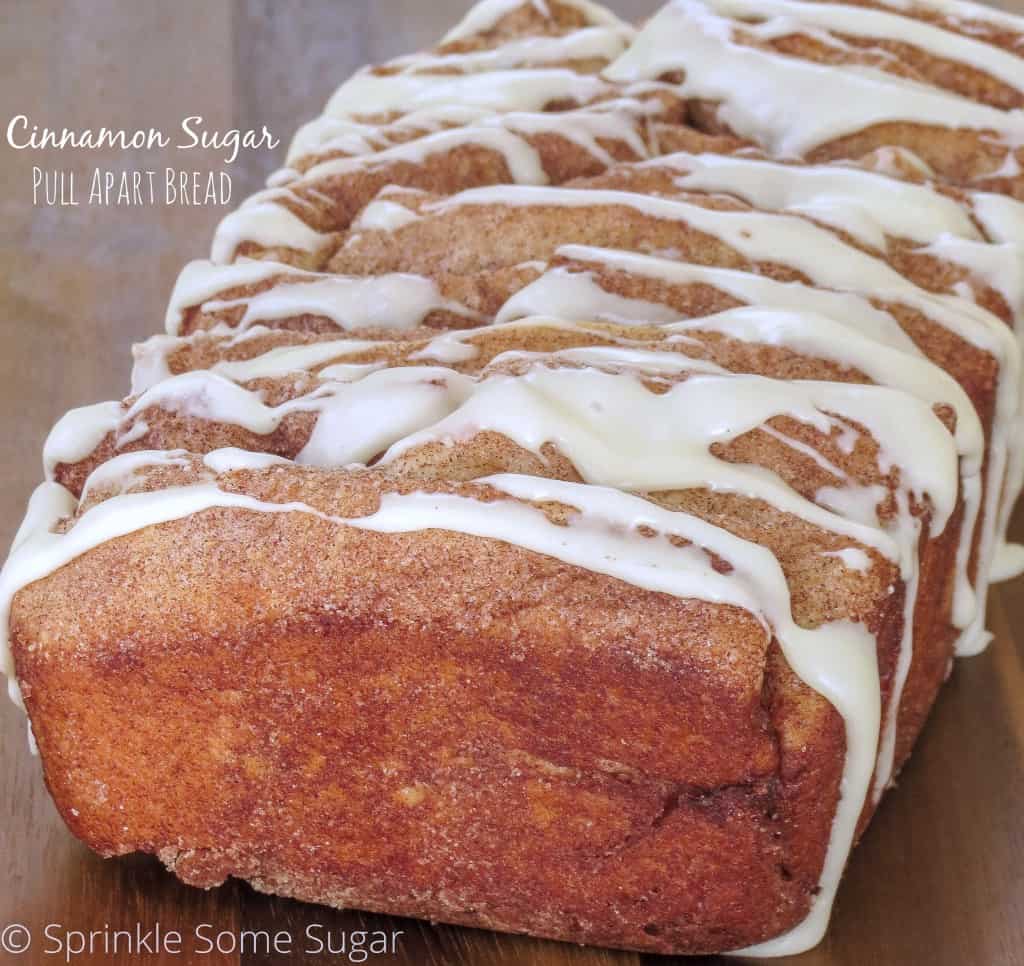 Hey guys! I'm popping in this morning to share a deeee-lish recipe with you before heading off to my sweet friend Brittany's baby shower. I don't know why I love these things so much, I think it's so much fun seeing everyone come together giving lots of gifts to celebrate a new little life and mommy(and daddy)-to-be. They're having a boy and I just can't wait for our boys to grow up together! 🙂 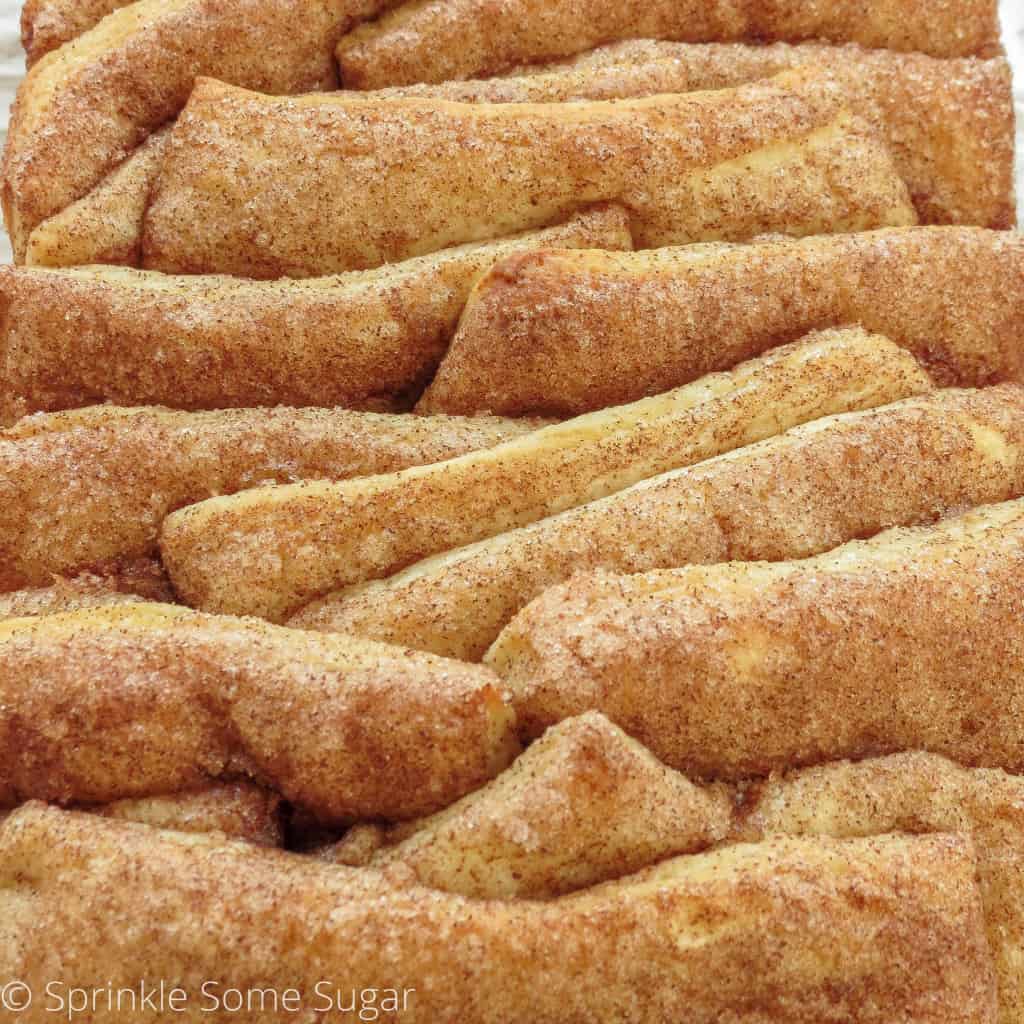 I shouldn't even need to say more! This is one of my favorites. It reminds me of cinnamon rolls - yumm. Also, if you like monkey bread this is essentially the same thing, just in bread form. And if you follow this blog, you know just how much I adore cinnamon AND cinnamon rolls so you know I am ALLLLL over this bread. I've actually been wanting to make a pull apart bread for some time now but just haven't gotten to it.. Until now. Bestdecisionever. 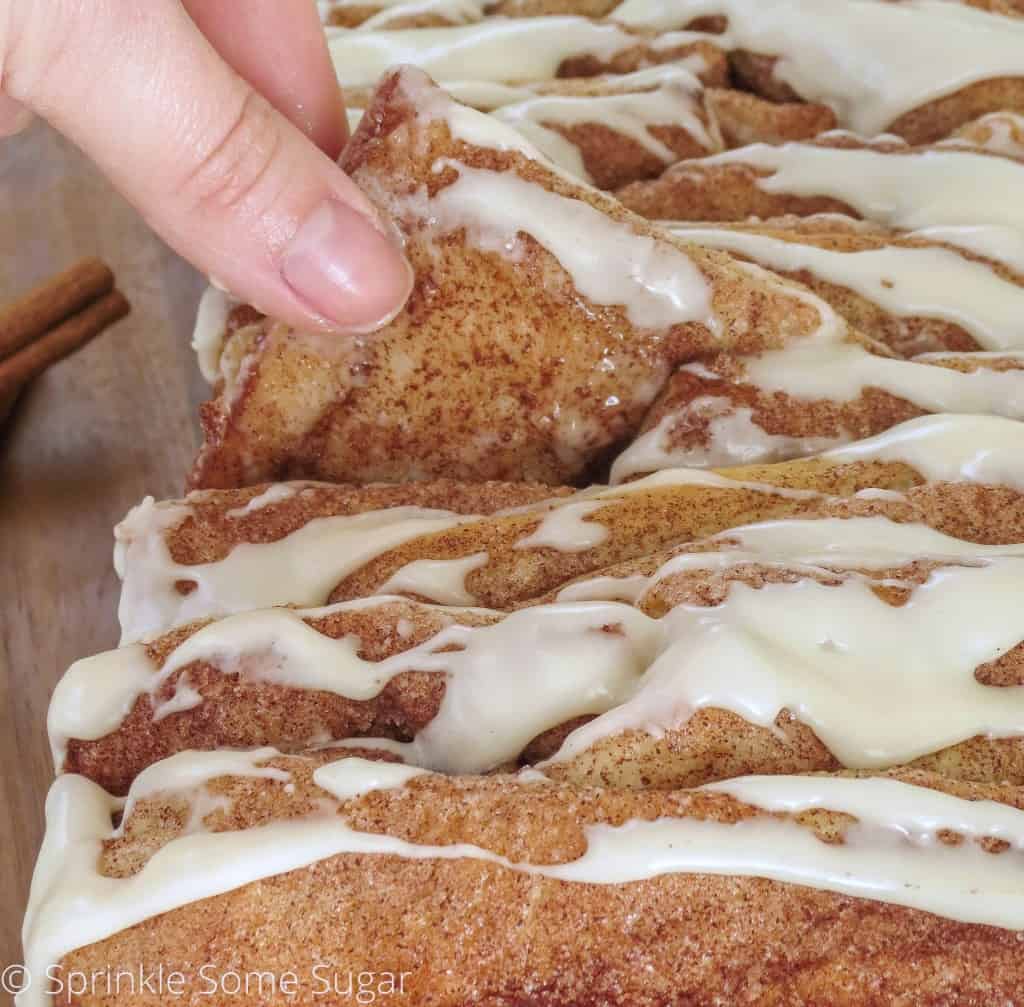 The dough is lightly sweet with a perfect, soft and fluffy texture. The cinnamon sugar-filled center gets all gooey and delicious from all of that incredible filling in between the layers! I seriously am just so obsessed with this bread. Just gimme #cinnamonallthethings. The flavors are ridiculous! Plus, it's fun to eat. Pulling apart the layers and waiting in anticipation to see the gooey inside is my favorite part! 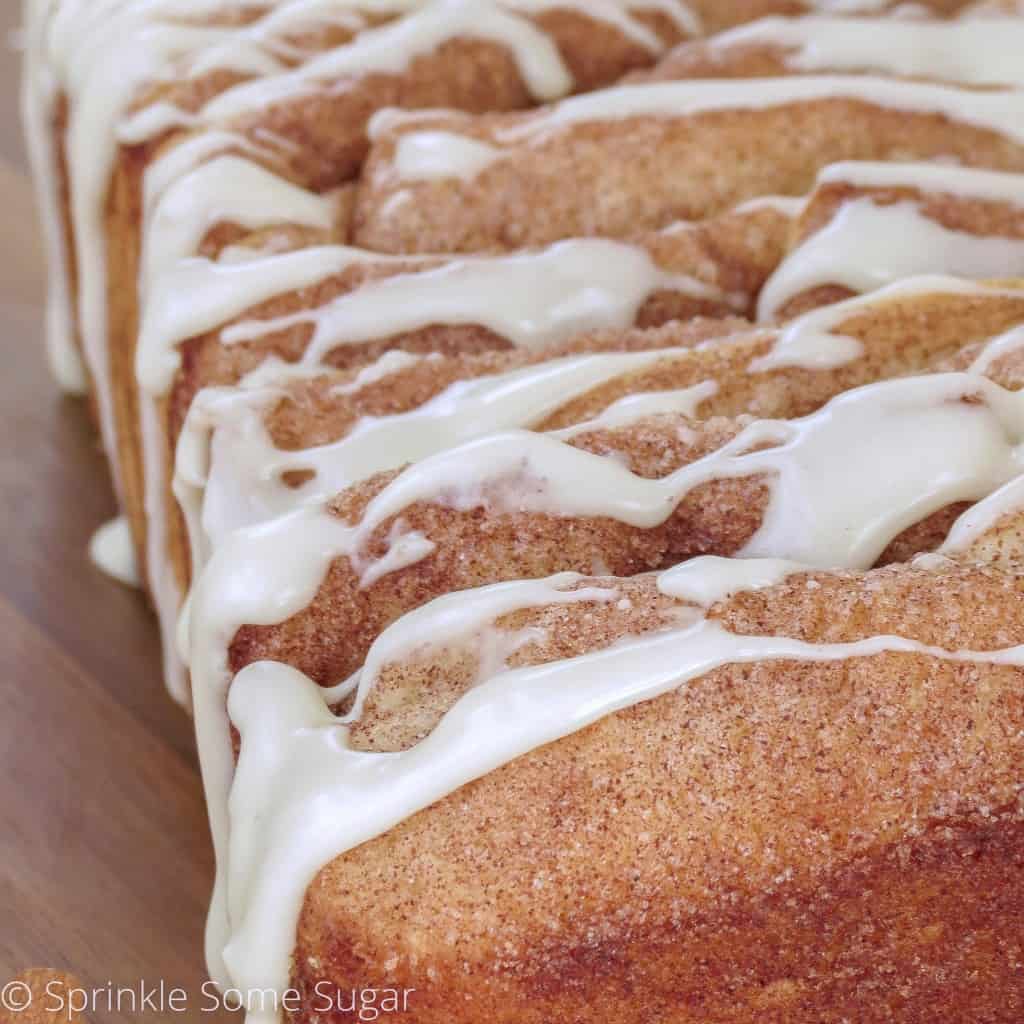 The best part though? Glazing this baby with a thick vanilla glaze! Vanilla glaze is my favoriiiite. I glaze pretty much everything in it. From danishes to monkey bread to muffins, to scones, it's delicious and the perfect icing on the bread!

To make this bread, prepare the dough as stated in the recipe, easy peasy. Once it is ready to be rolled out, roll it out, brush melted butter on, and then the cinnamon sugar on top of that. Cut strips into the rectangle, like this: 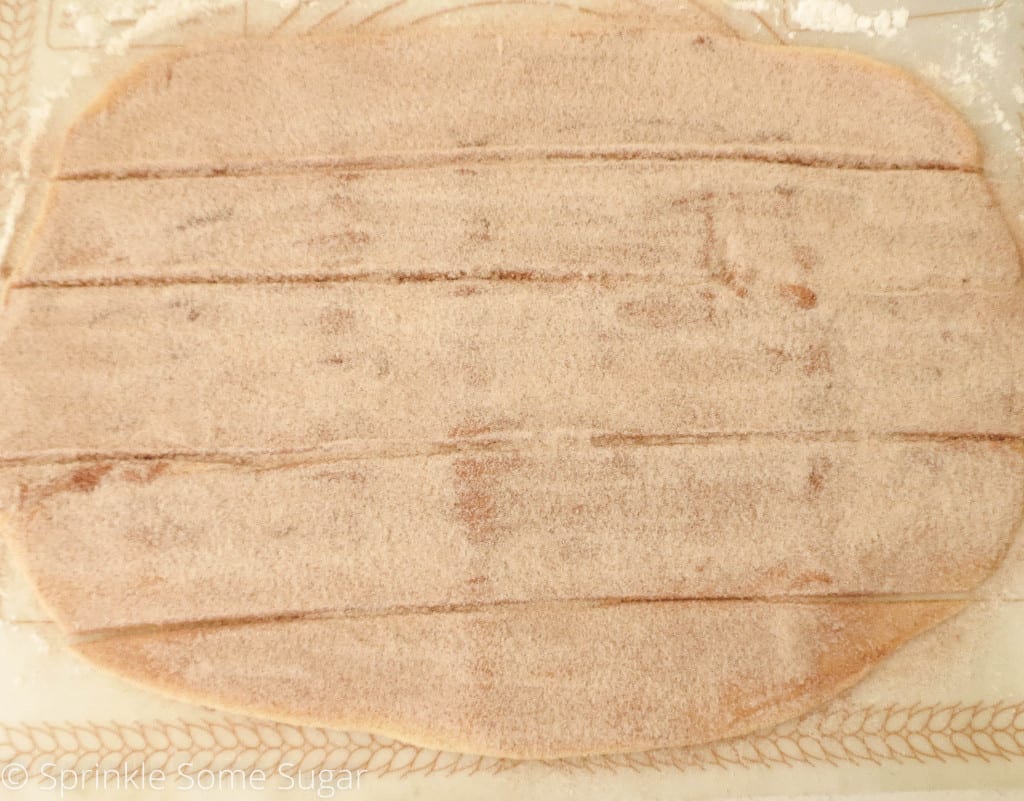 Then, stack the strips on top of each other. Cut the stack into 6-7 (almost) equal sections. Like this: 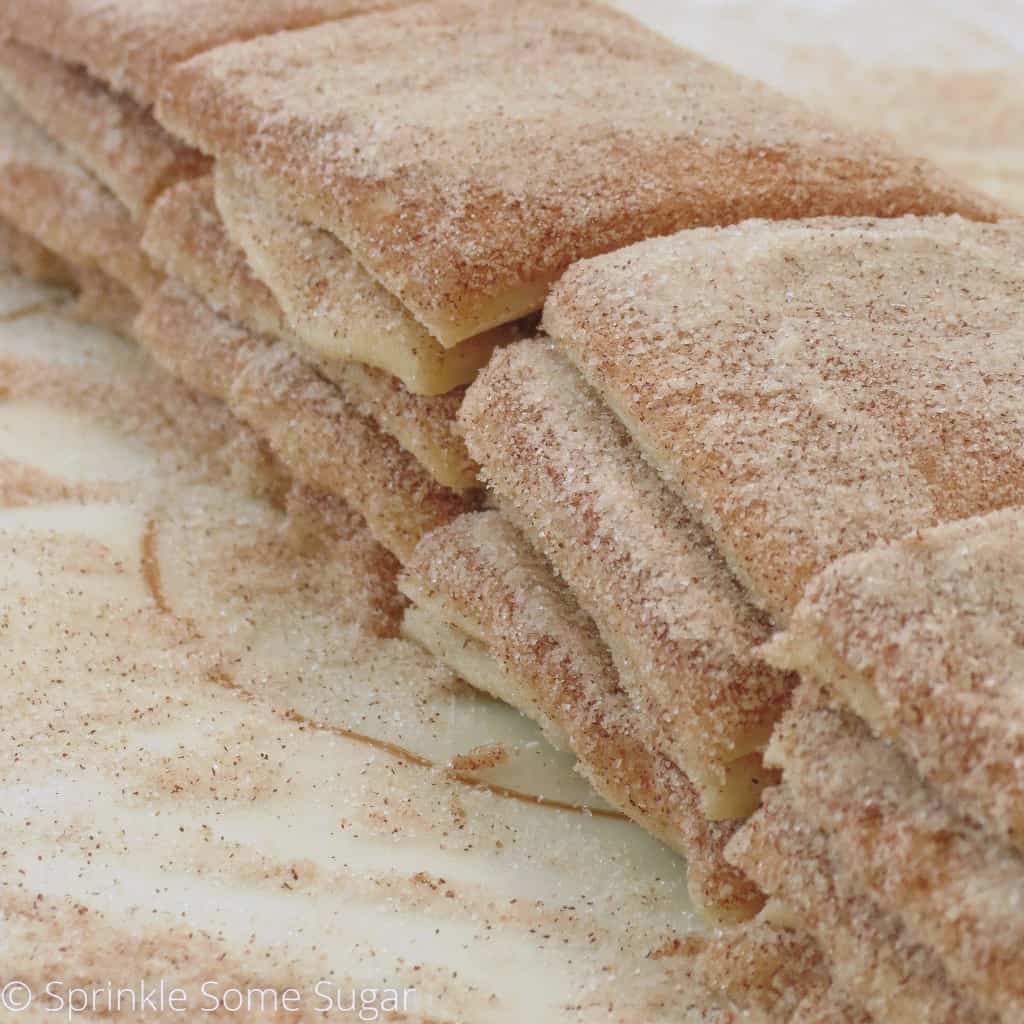 Stagger the stacks into a greased loaf pan and let it rise until doubled for one hour: 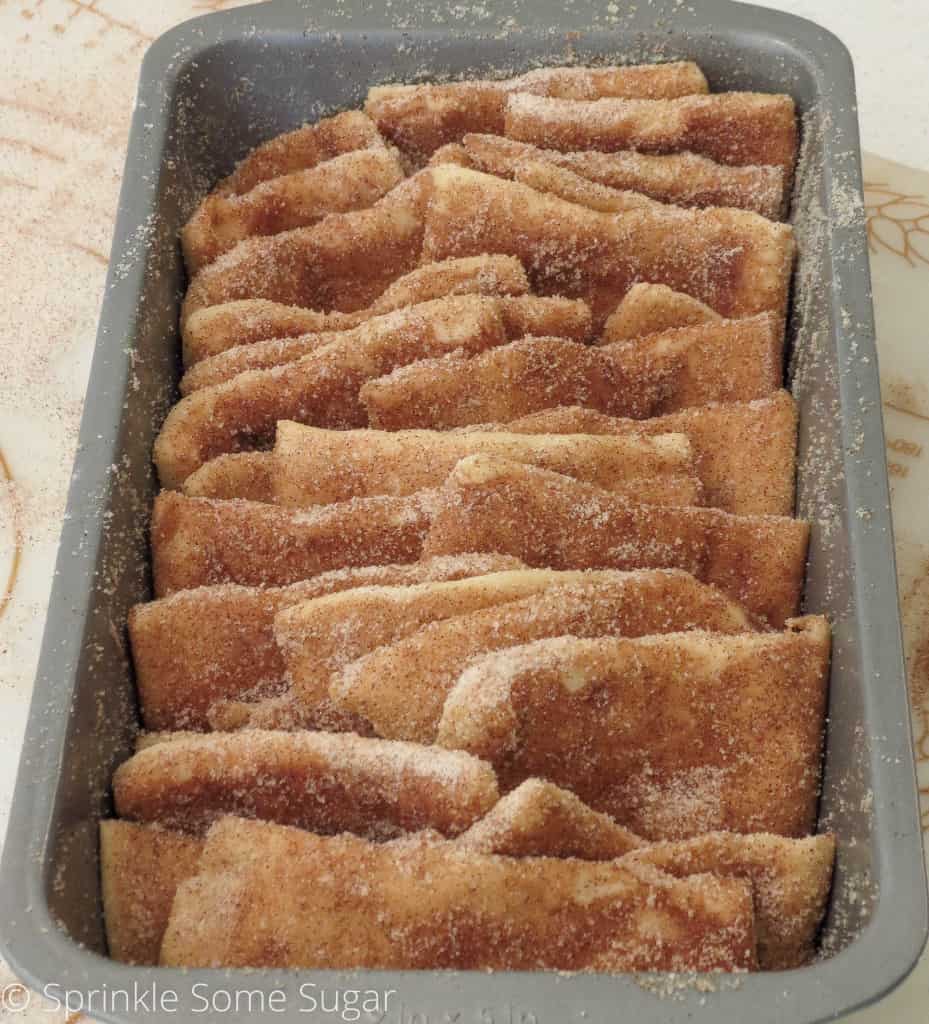 (^that photo is before doubling)

Bake the bread up until lightly browned on top, and there ya go! Delicious, gooey, amazing cinnamon loaded bread.

If you were wondering what all the hype is about pull apart breads, particularly cinnamon sugar pull apart bread, you absolutely need to make this. At least once. You will fall in love. Perfect for the upcoming holiday season! 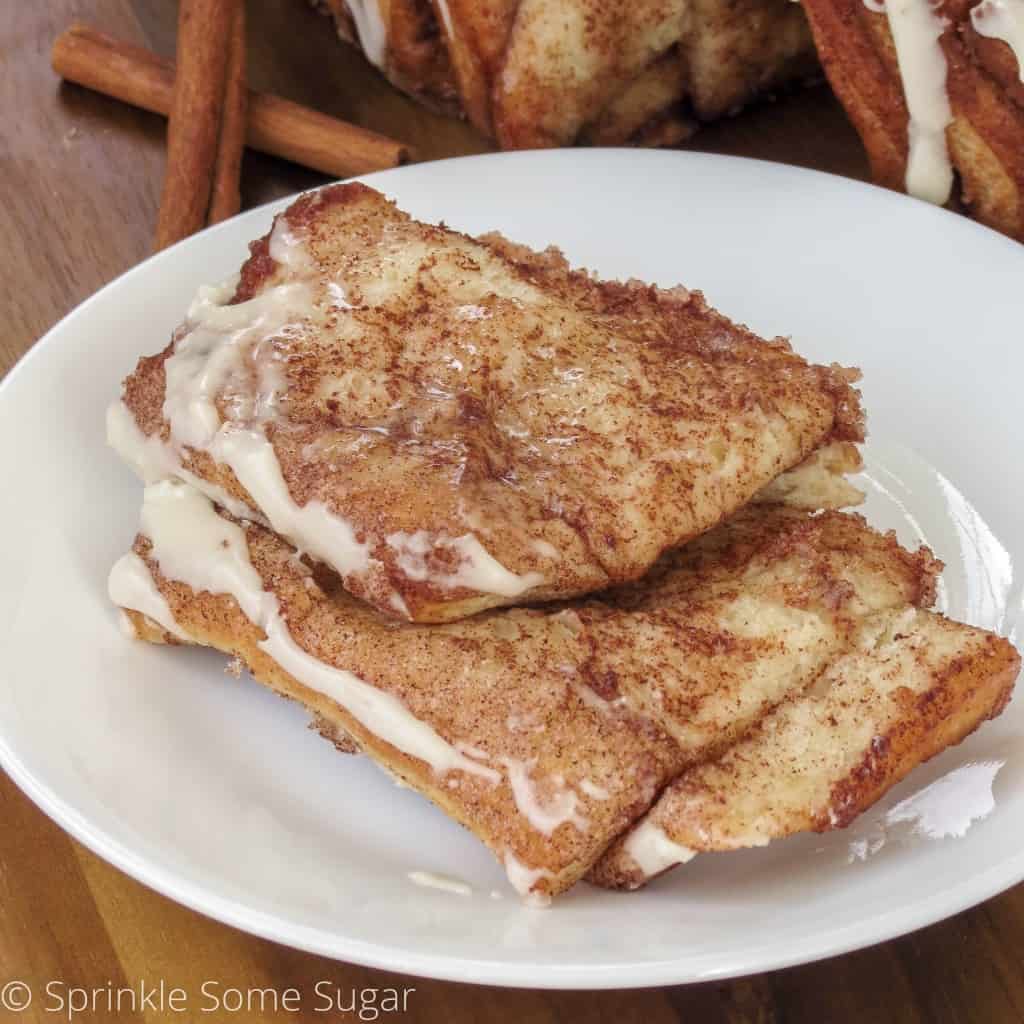 Recipe adapted from Gloriously Made. 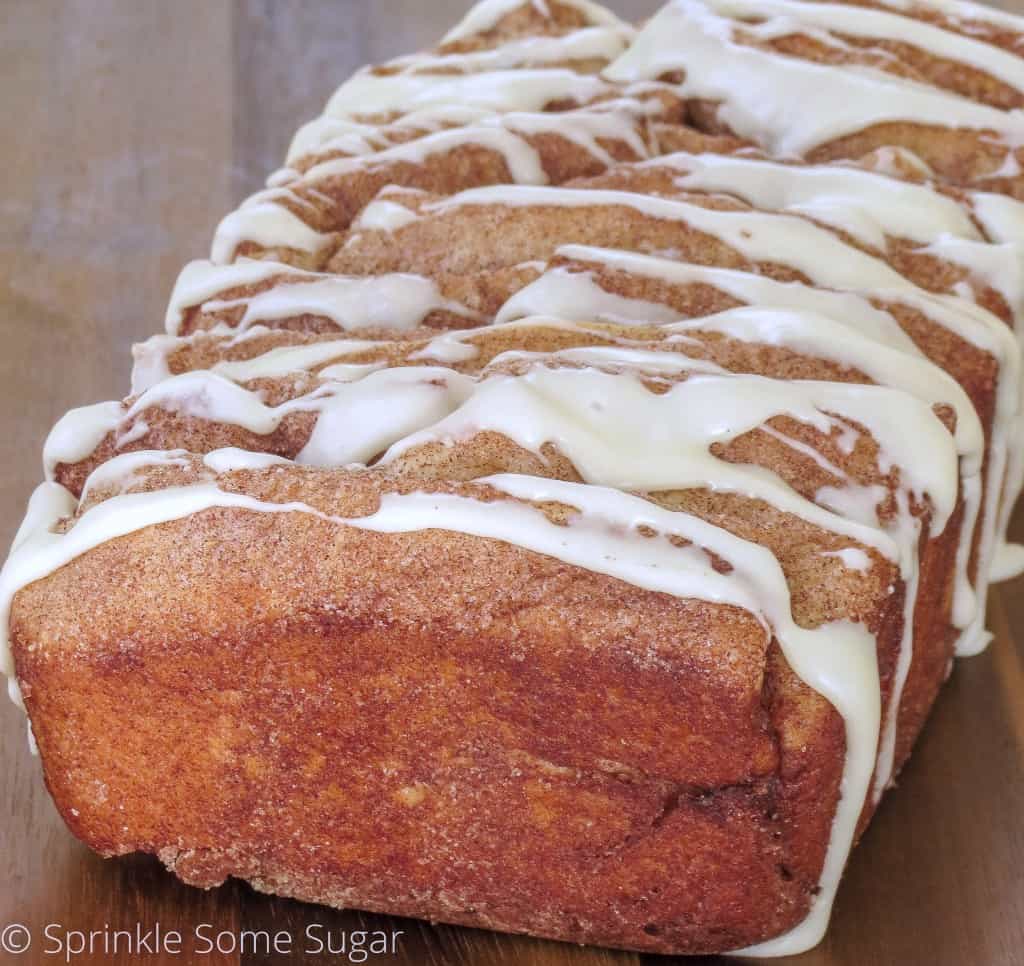