Puff pastry dough is rolled up in a sweet and spicy coating of cinnamon sugar, sliced into cookies and baked up to golden perfection! 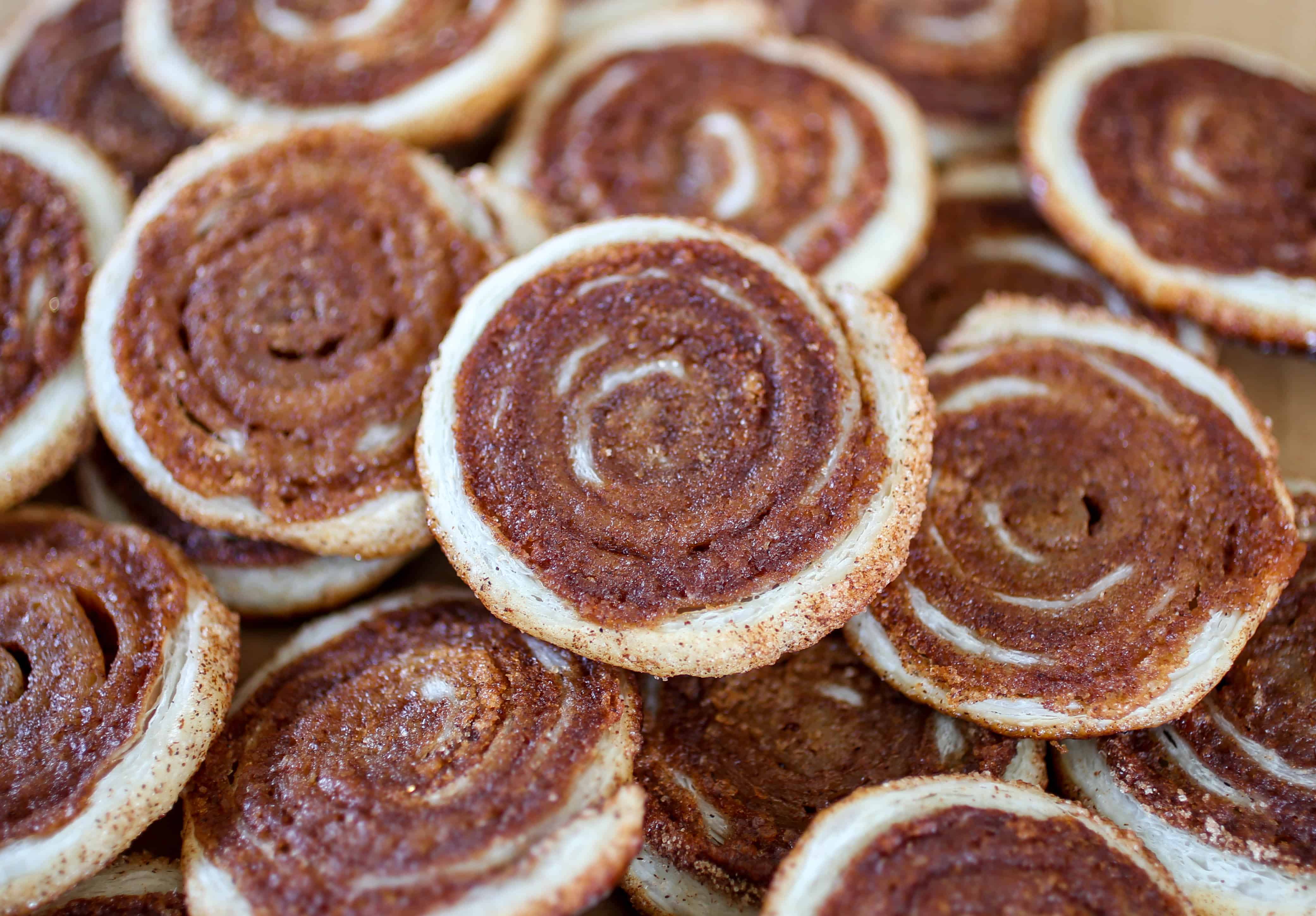 Looking for a super easy dessert that you can make in a hurry? These Cinnamon Swirl Cookies are it! To make this recipe simple, I used puff pastry as the “cookie dough.” You’ll only need THREE ingredients for this recipe! Wewalka Puff Pastry dough, cinnamon, and sugar.

These cookies come together in minutes and are absolutely delicious. Before rolling out the dough, you’ll want to sprinkle some cinnamon sugar on your cutting board to go under the dough to ensure that the outside and inside of the dough are coated in that heavenly spicy sweet mixture! Once the dough is on top of the cinnamon sugar mixture, it’s then topped with more cinnamon sugar and rolled up into a long log.
The dough doesn’t need to be cold, but I like to pop mine in the freezer for a few minutes so cutting is much easier and they come out with more of a round shape. I find that the room temperature dough is much harder to cut. Also, using a serrated knife helps!
Bake them up to sweet golden perfection, let them cool slightly and dig in!