Can’t choose between brownies or cookies? These Cookie Brownies are the answer! A soft and buttery chocolate chip cookie layer sits on top of rich chocolate fudge brownies for the ultimate indulgent treat. 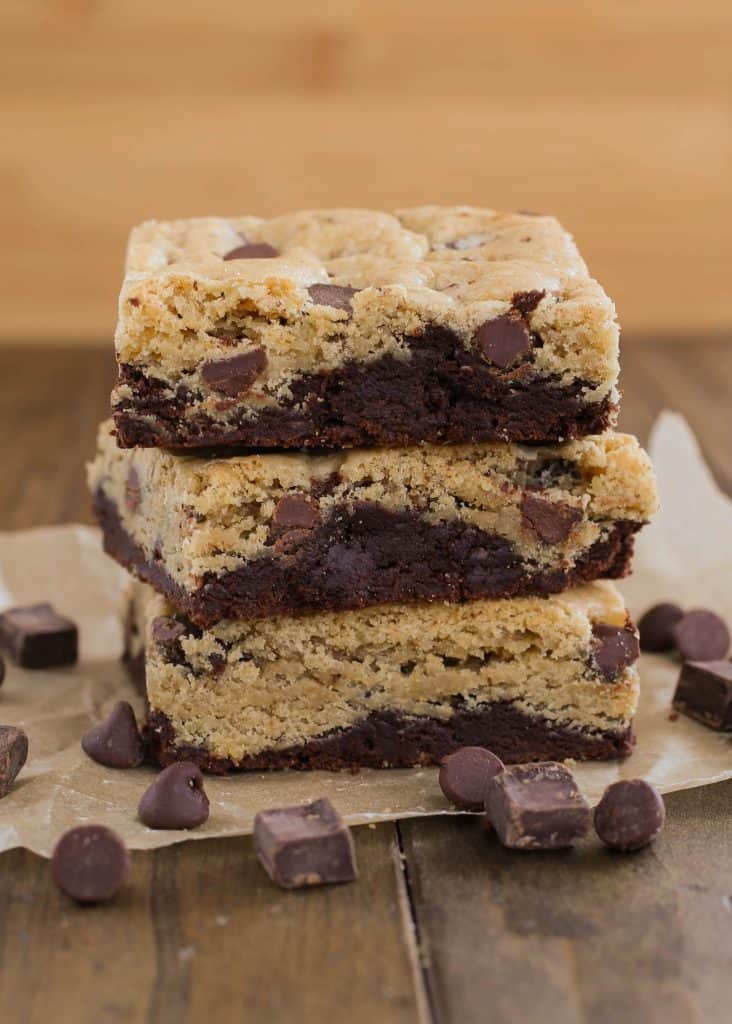 Cookie brownies. Also known as Brookies, are the ultimate treat for when you don’t know whether you want something rich and fudgy or buttery and chewy. You can satisfy both of your cravings with these cookie brownies! With the current state of the world and a lot of us being home, so many of you are making my recipes and it makes me so, so happy to see what you’ve been up to in the kitchen. If you make something from my blog, tag me on Instagram [@sprinkle_some_sugar] or shoot me an email, I’d love to see!

This recipe is pretty simple, you just need to mix up both the cookie dough and brownie batter. I used my recipe for these chewy frosted brownies and adapted the cookie layer from this recipe I have for my fav chocolate chip cookies. I wanted a soft cookie layer + a rich and chewy brownie – and these are just that!

You can grab my FULL recipe over at –> Dixie Crystals!