The addition of Oreos is the perfect touch! I can never drink hot chocolate any other way again. 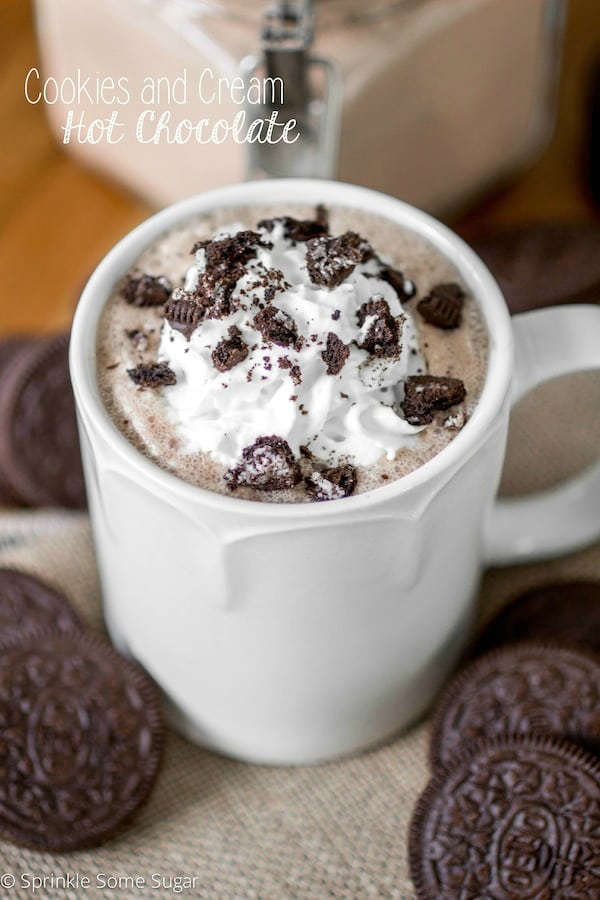 Cookies and Cream Hot Chocolate.. AKA the best hot chocolate I’ve ever had. Creamy hot chocolate with the addition of crushed Oreos? Yes, I’m serious. It’s as amazing as it sounds. If you have been reading my blog for some time, you’ll know how in love with hot chocolate I am. I didn’t think my obsession could get worse.. until now. This drink is rich, creamy and absolutely delicious. The addition of the Oreos is the perfect touch!

I love how just one simple little twist can make SUCH a huge difference. The Oreos give this hot chocolate the most delicious flavor. If you love Oreos, you will adore this drink. It’s like drinking liquid Oreos. Well, I guess that doesn’t sound that appetizing, but it is. It totally is. 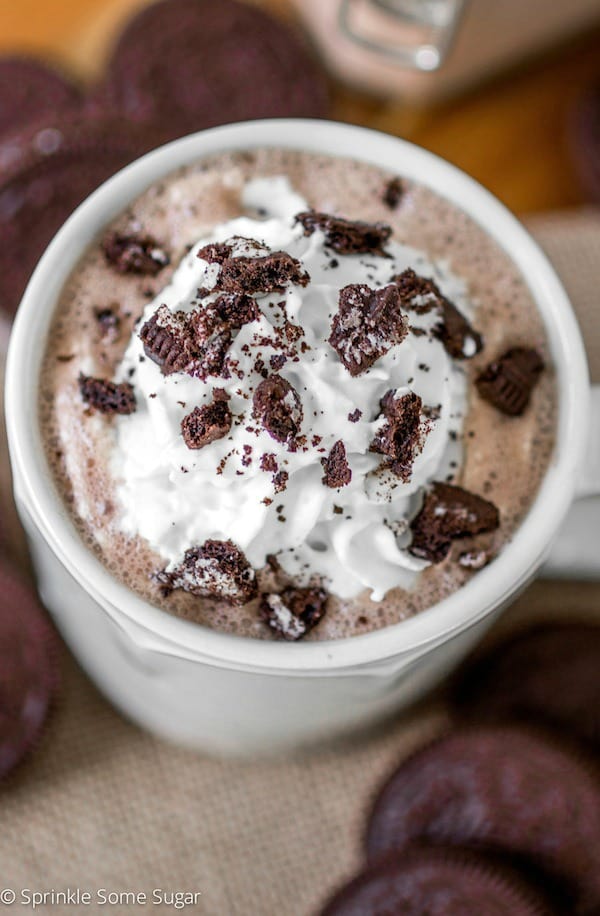 I used my homemade cocoa powder for this recipe but you can easily substitute the same amount of store bought. Make the homemade mix, though. SO freakin’ good and you’ll always have it on hand for hot chocolate emergencies.

Heat up the logs on the fireplace, cuddle up on the couch and enjoy a mug of this good stuff!

In a small saucepan, heat milk until very hot but not boiling. Alternately, you can heat the milk in the microwave. In the pitcher of your blender, add hot milk, oreos and hot chocolate mix. Pulse until cookies are completely ground and there are no large pieces. Pour into two mugs and garnish with whipped cream and crushed cookies, if desired. 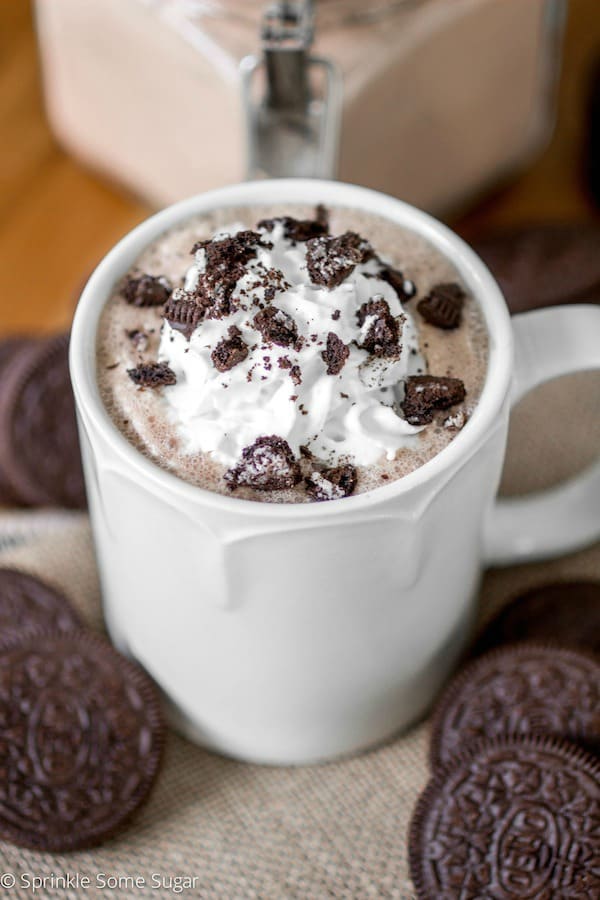