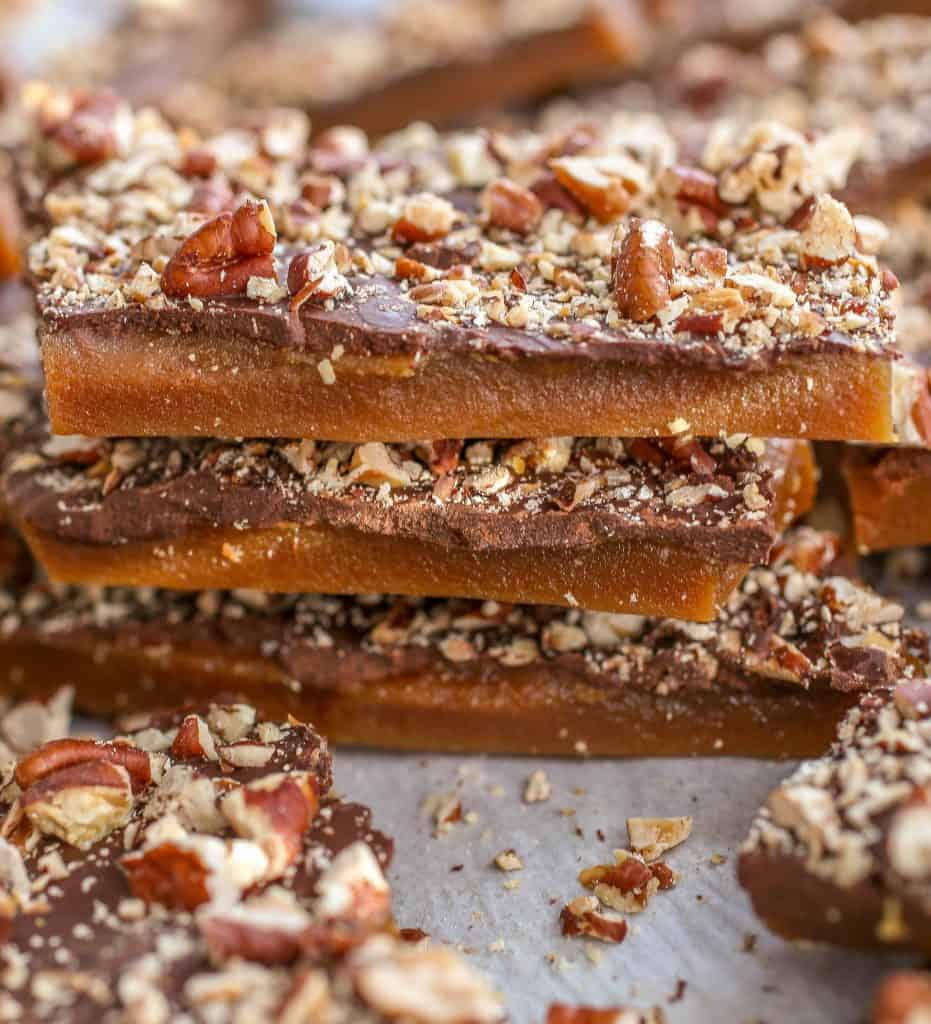 I’ve got an awesome recipe for you guys just in time for the holidays! Who doesn’t love toffee? The best thing about it is that it’s so easy to make and it makes a ton! I love making it for holiday parties and such because it’s always a hit with everyone.

This butter toffee layer has a deep caramel flavor and the creamy dark chocolate and crunchy nuts on top make the perfect combination! I just love snapping the bark into the jagged pieces I think it’s so beautiful.

You can find my full recipe and instructions over at Dixie Crystals!