Oh my goodness you guys, my little boy is getting so big. He’s starting PRESCHOOL TOMORROW!!!!! How did this happen?! I am going to be one of those crazy mothers that stays there the entire {4 hours} time. Luckily, he is SO ridiculously excited and has been counting down the days so we’ll see how it goes. HOLD ME!

Now, onto the reason you’re here: brownies. Ohhhhh man. If I can pick a favorite baked good, it’s a good fudgy brownie. These brownies I have for you guys today are KILLER! I took my favorite brownie recipe and stuffed dulce de leche inside and they’re something magical. The brownies come together in one bowl, are deep dark chocolate and so insanely fudgy that they are perfect even after 4-5 days! It’s crazy. 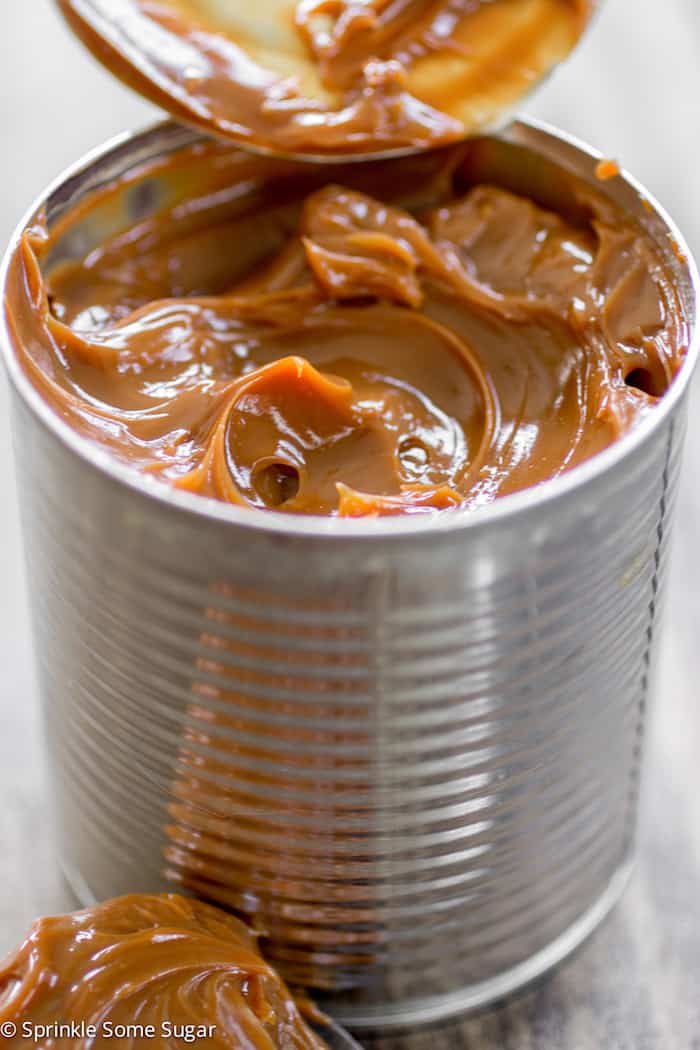 If you love caramel, then you will for sure love dulce de leche. It’s different than caramel though, and the two are prepared compeltely different. Dulce de leche is prepared by heating milk and sugar (sweetened condensed milk) until it thickens and caramalizes, and caramel is prepared by heating sugar and water together until that caramelizes as well – the cream is added after to make it thick and creamy. In my opinion, dulce de leche lends a much richer product and it’s so perfect to stuff into desserts, like these brownies! 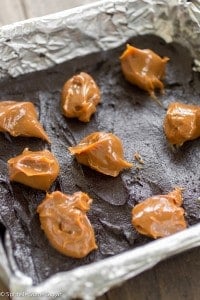 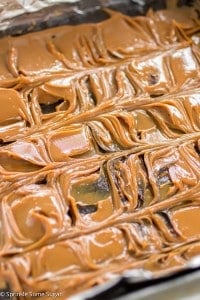 My favorite way to eat these brownies is to throw one – or two – into a bowl, heat them up and top them with some vanilla ice cream. Ahhhh, so good. So, so good.

If you want to make a delicious, fun and festive dessert for Cinco De Mayo – ya know, to enjoy after you’ve gorged yourself in all the enchiladas, tacos and margaritas – these brownies are it!

In a large microwave-safe bowl, place butter, both sugars and cocoa powder. Microwave for 1 minute and 30 seconds. Stir very well and allow to cool for about 3 minutes before continuing. Add the eggs and vanilla and stir until incorporated. Spread the mixture into prepared pan and spread a layer of dulce de leche on top, swirl with a knife lightly - the batter is thick so it's hard to swirl. Top with remaining batter and swirl again slightly.

Bake brownies for 25-27 minutes or until a toothpick inserted in the center comes out clean. Allow brownies to cool completely in pan before cutting into bars. You may even want to refrigerate them for ease and then let them come back up to room temperature before serving.