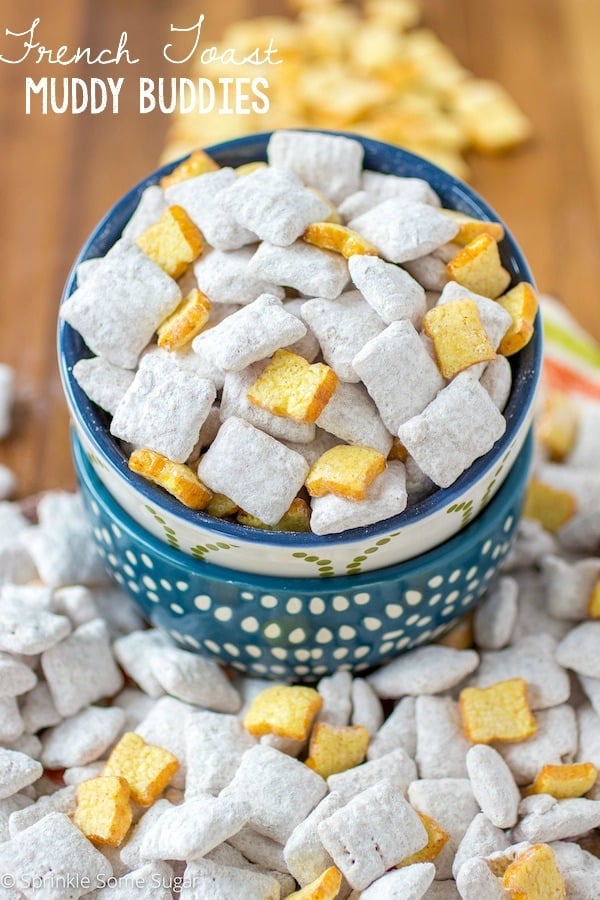 Brrrrrr. It is FREEZING here in New Jersey. It’s been snowing almost everyday! Did I mention how much I loathe the snow? And the cold, for that matter. I really need to move to like, California or something. I would be fine with never seeing snow again! When it’s cold like this, I love to make little snacks to pick on. (Everything in moderation, right? 😉 ) These French Toast Muddy Buddies are absolutely the most addicting snack ever. Who knew that plain old Rice Chex cereal could turn into something so amazing? Whoever created the muddy buddy/puppy chow idea, I love you. Actually, while we’re on that subject.. what do you guys call this stuff? Muddy buddies? Puppy chow? I never know what to call it so I kind of call it both. This snack mix is supercharged with cinnamon and maple flavor. To really go with the whole french toast theme, I used french toast cereal in the mix. I happened to have some in my pantry, which originally gave me the inspiration for this recipe! 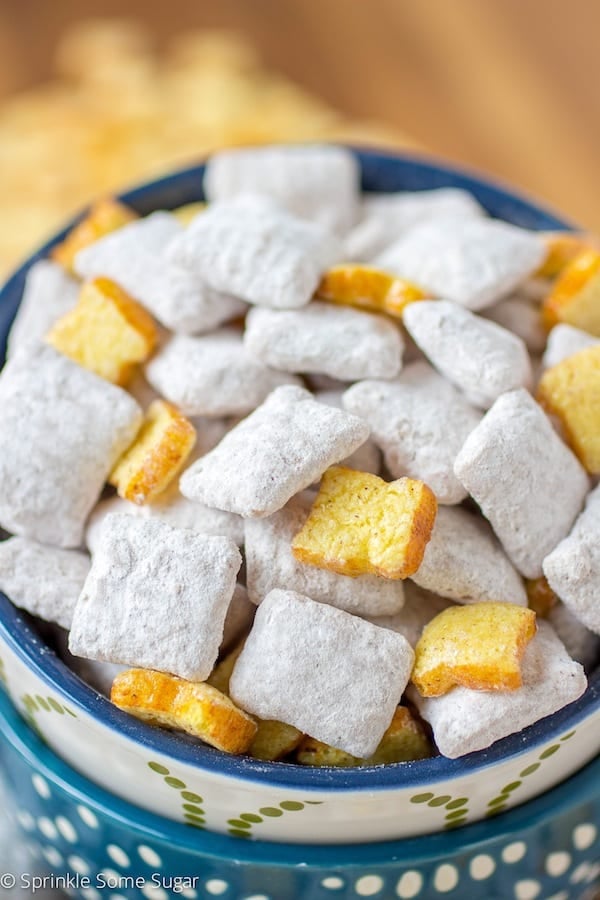 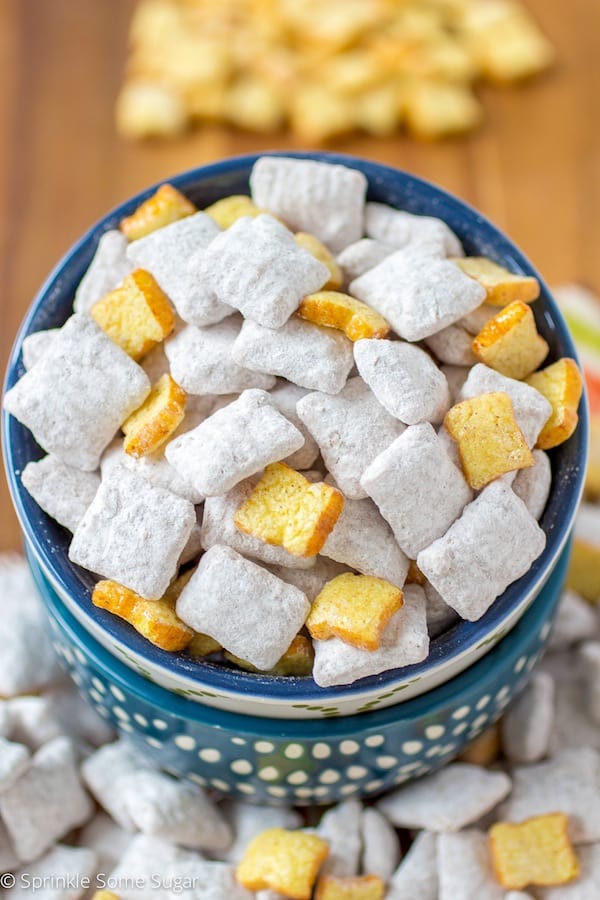 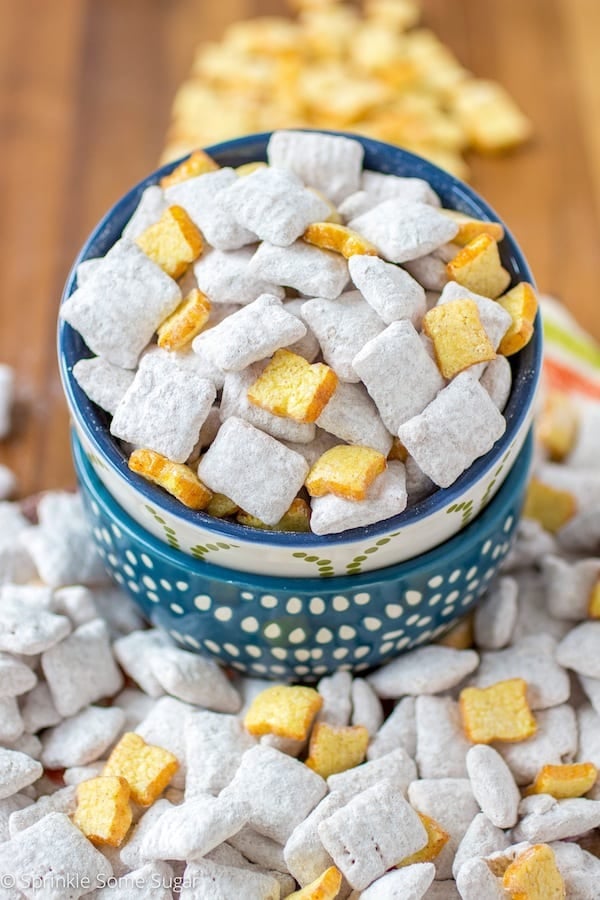