This shop has been compensated by Collective Bias, Inc. and its advertiser. All opinions are mine alone. #EasterWithHatfieldHam #SimplyHatfield

The most delicious savory scones chock full of ham, cheddar and chives. They are the perfect addition to brunch! 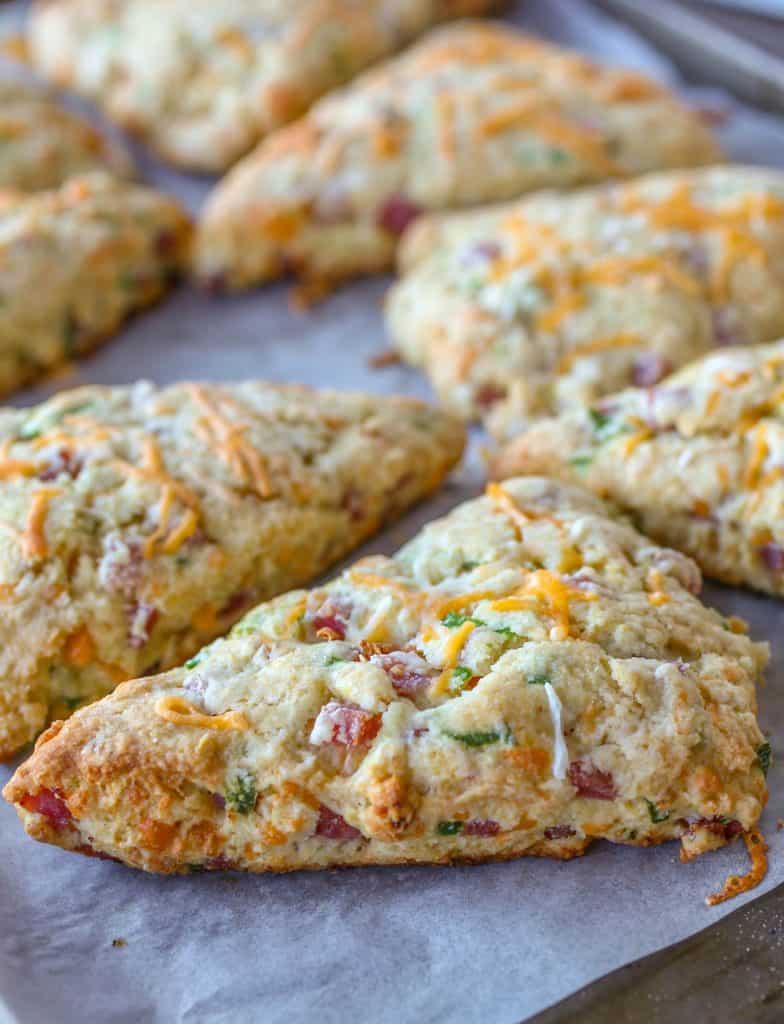 I have a confession to make: I am absolutely in love with scones. Any kind of scone – bring it on. Sweet scones, that is. I’ve always shied away from savory scones because they just always sounded odd to me. Until I made these! I was at a brunch one morning and decided to give their ham and cheddar scones a try and OMG, I was in love and I knew I had to recreate them at home! Scones are one of the most simple things make because they only require a few ingredients and minimal prep time. Everything comes together in one bowl and there usually aren’t any crazy ingredients involved. 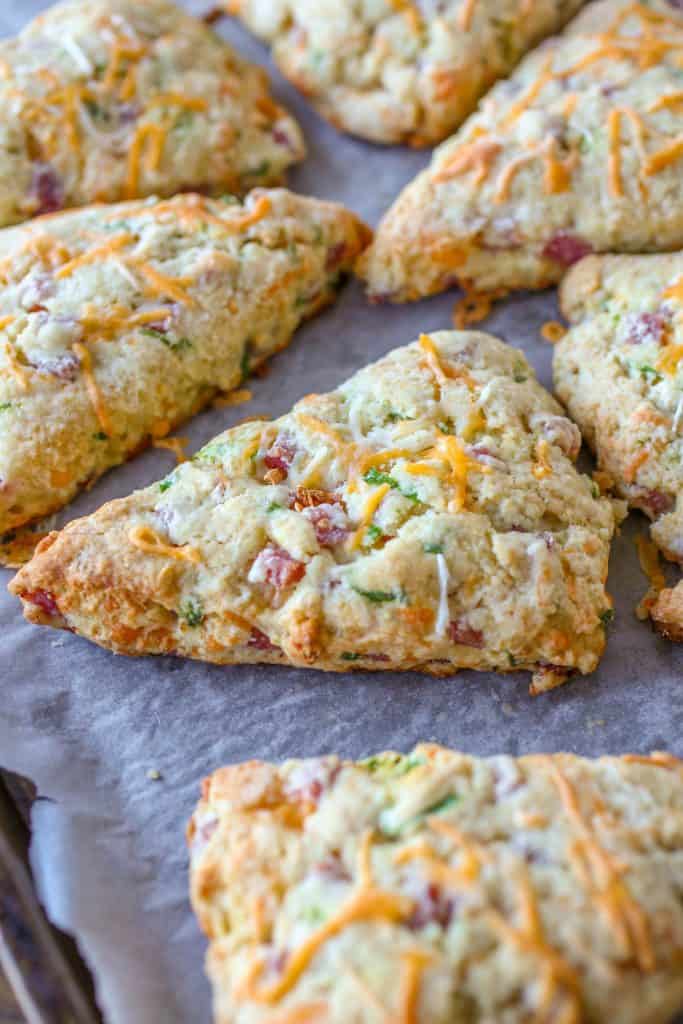 When it comes to ham, whether I cam making a big ham for dinner or just making smaller ham steaks, my go-to is always Hatfield®. The quality and convenience of Hatfield® Ham products, whether you’re new to cooking or know your way around the kitchen, other brands just can’t compare and they are simply delicious. I chose to use one of their ham steaks for this recipe. They’re always tasty, and always fully-cooked. When I make them as a meal, they make mealtime easy, any time of the day. 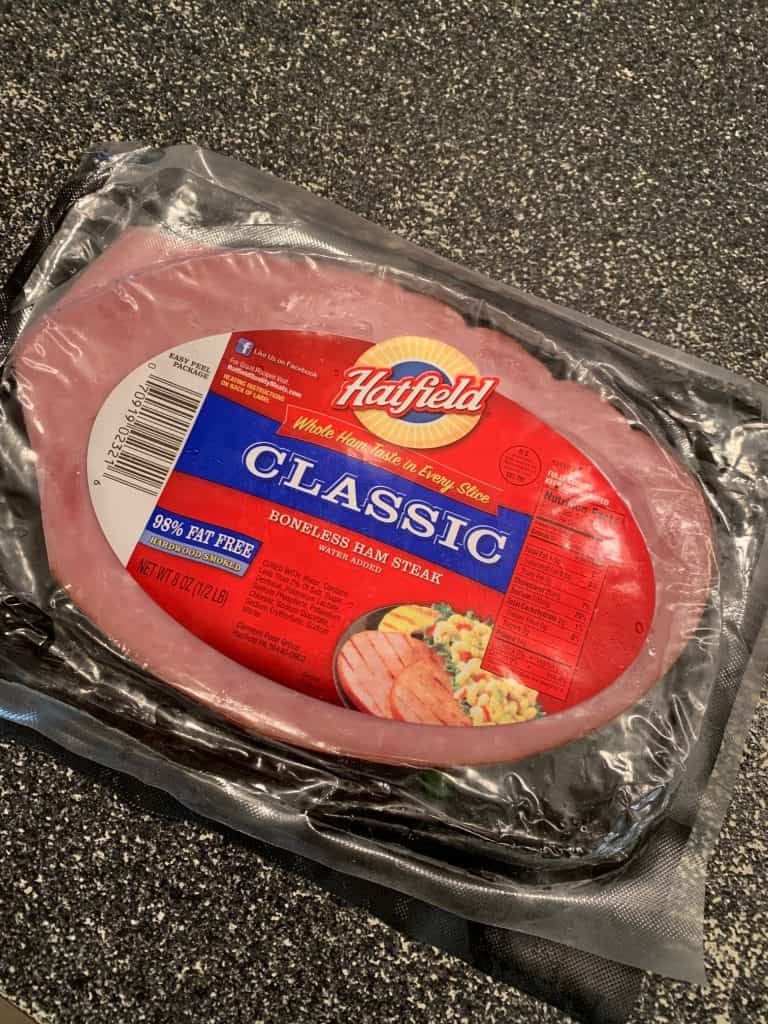 To make this recipe, like I mentioned earlier, you only need one bowl. Toss all of the dry ingredients, grate the butter and combine. Next you’ll add the ham, chives and cheese and mix in the wet ingredients. I like to use a mixture of cheddar and colby jack cheese because I like the way they taste together, but you can feel free to use one kind, or switch out the mixture to something else that you like. Once the dough is together, you’ll pat it down into a large circle about 1 1/2″ thick and cut them into 8 even triangles. Place them on a parchment lined pan, sprinkle with more cheese and bake!

Super easy and the result is so delicious!

In a separate small bowl, whisk sour cream and egg until completely smooth. Set aside.

Grate frozen butter into mixture. Using your hands, work in the butter until the mixture resembles a coarse meal. Add both cheeses, reserving 2 tablespoons for later, chives and ham. Gently stir in sour cream mixture until just about combined. Do not over work the dough! Again, very gently press the dough against the sides of the bowl a few times and form a ball. The dough will be sticky at first but will come together as you form it.

Place dough on a lightly floured surface and lightly pat into an 8" circle about 3/4" thick. Use a very sharp knife to cut into 8 triangles (like a pizza). Transfer triangles onto prepared baking sheet. You can arrange them in two rows, 4 in each row, or arrange them in a circle shape - leaving about 1" between each one. Sprinkle reserved cheese on top of scones.

Bake scones for 15-17 minutes or until the tops begin to golden. Don't take them out too early or they will be too soft. Allow them to cool for 10 minutes on the pan before transferring onto a wire rack to finish cooling completely.

You can find Hatfield products at your local Shop Rite in the meat section. 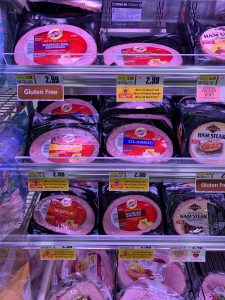