This is my absolute favorite go-to corn muffin recipe. They stay moist for days and are loaded with lots of sweet honey flavor. Serve them on the side with chili or any other game day foods! 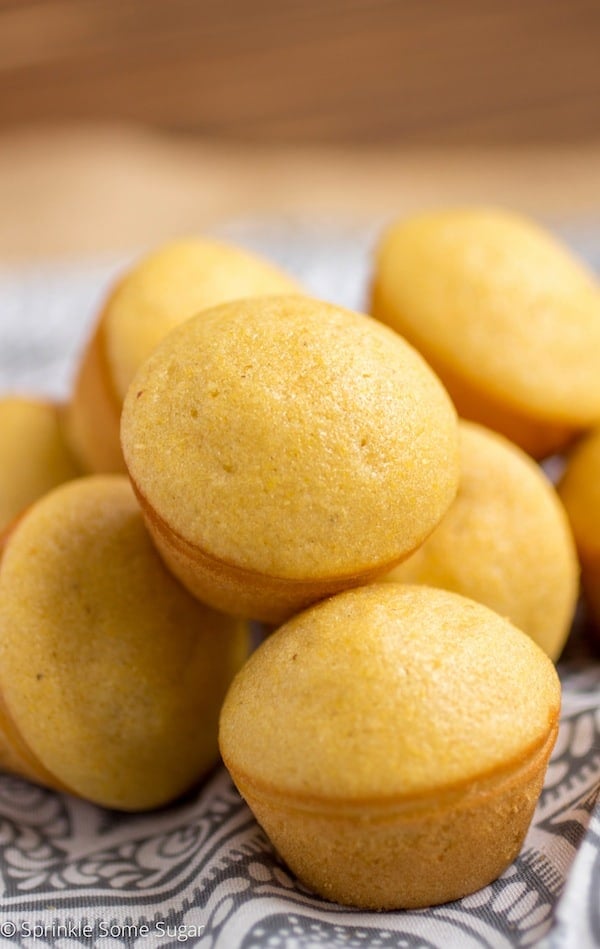 Growing up, my mom always had corn muffins for the house. She never attempted to make them, even from a box, but she would always go to the food store and come back with huge trays of little mini corn muffins. By the time she was done putting the groceries away, my brother and I practically devoured them all already. We love corn muffins, to say the least. BUT. Have you ever had a bad corn muffin? Dry, crumbly and just.. gross. I made sure these corn muffins were extra moist and not at all crumbly just because I know how disappointing a sad, dry corn muffin can be! 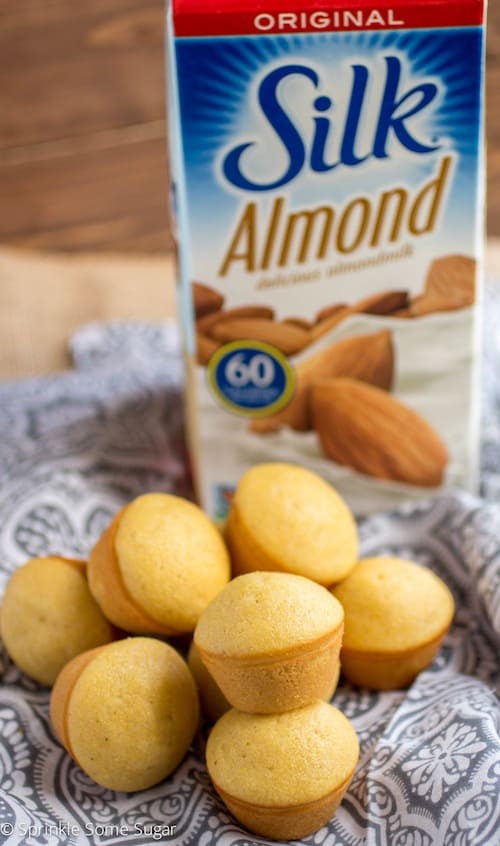 I’m teaming up with Silk to bring you guys a dairy-free recipe that is just perfect for all of the game days coming up! While this recipe isn’t Vegan, it is dairy-free. These are my very favorite corn muffins. Football season is a big deal in our house, so I love making these honey corn muffins with a big crock pot full of chili for dinner for all of the guys to enjoy while glued to the TV. 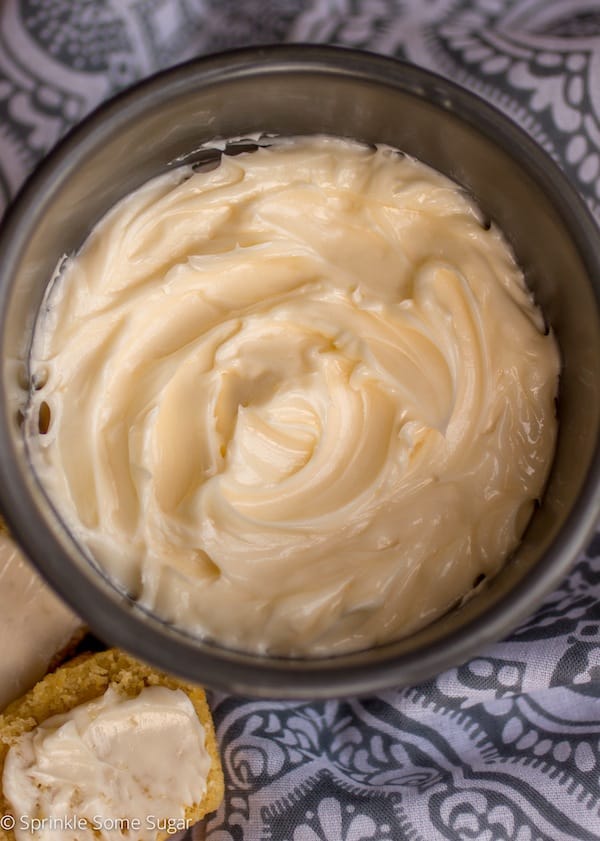 My favorite kind of corn muffins/corn bread are a little on the sweeter side. It’s cool to add things like jalapeños and stuff to the mix, but I usually just enjoy them either plain or warmed up with a little bit of honey butter spread on each side. Have you ever had honey butter?!!!? Omg. Stop what you are doing now and make this stuff because I’m telling you you will want to spread it on alllll the things. It’s made up of two ingredients – salted butter and honey – what a surprise, huh? Since it’s so easy, I urge you to make it and it will turn your corn muffin experience into something incredible! (I just read that sentence out loud and I am seriously such a nerd. Corn muffin experience? Really?) To make it dairy-free along with the corn muffins, just use a dairy-free butter substitute. 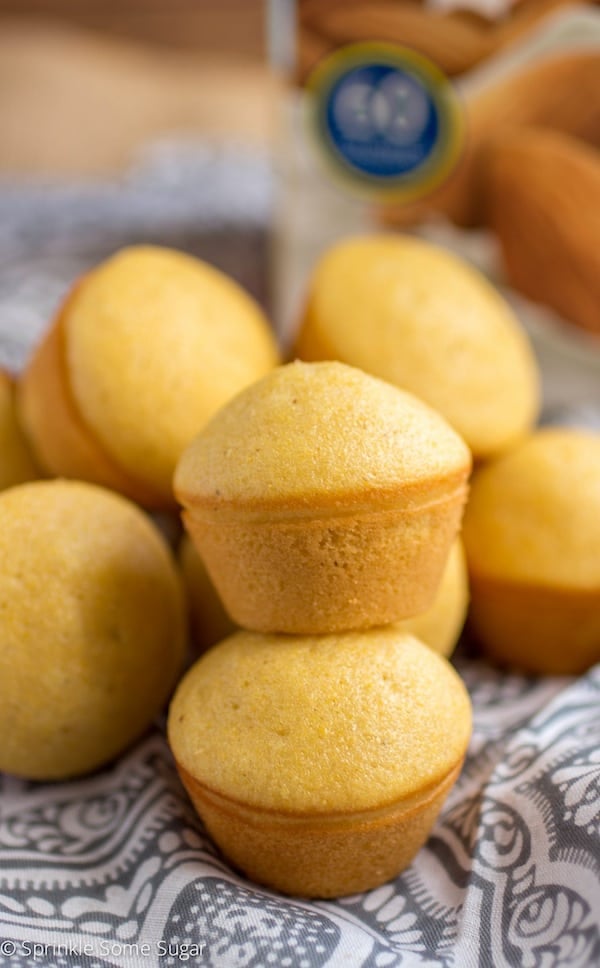 Honestly though, just give me a pan of fresh corn muffins and they’ll be gone in 30 seconds. Screw dinner. 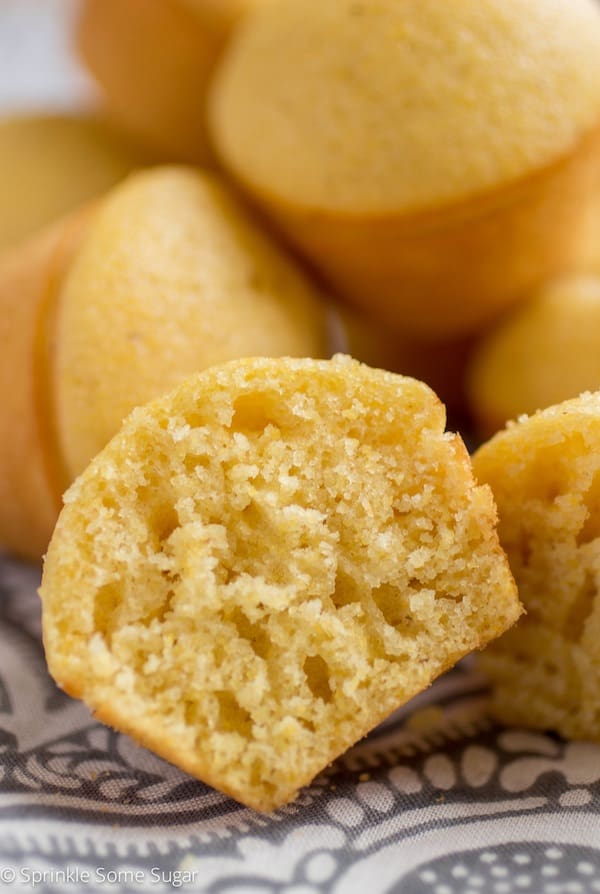 Make a well in the center of the dry ingredients and add the wet ingredients. Stir very gently with a rubber spatula or wooden spoon. Be very careful to not over-mix the batter or your muffins will come out tough. Mix just until all of the flour is moistened and there aren't huge lumps, some lumps are okay.

Distribute the batter into the mini muffin pans 3/4 full. Bake for 8-10 minutes or until the tops are no longer wet and the edges pull away from the sides. Once you remove them from the oven, allow them to rest in the pans for 1 minutes and then remove them from the pans as soon as possible without burning yourself.

Honey corn muffins are best served the same day but will stay moist for up to 2 days.

This conversation is sponsored by Silk. The opinions and text are all mine.