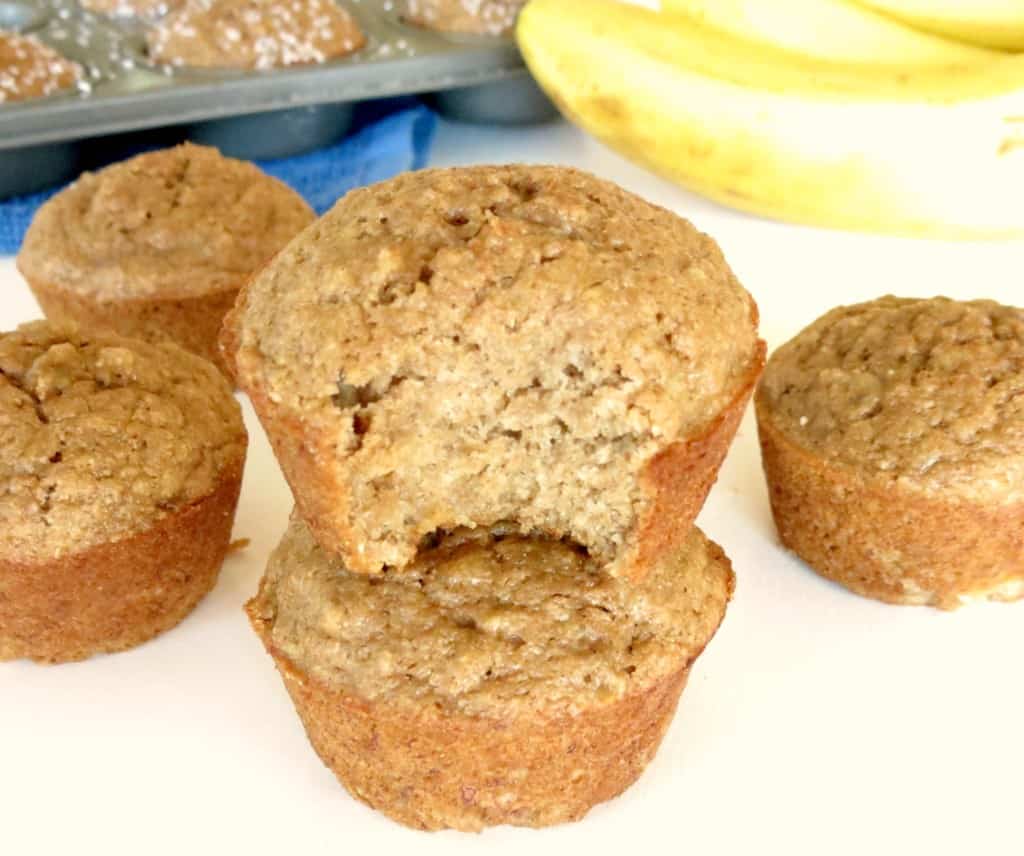 Hey! I’m finally back after a couple weeks of having no computer due to hard drive failure which was a COMPLETE nightmare! We almost lost ALL of our newborn/baby pictures of our son which would have been absolutely horrible. But, we managed to salvage lots of it, THANK god. Anyways,  I’m going to tell you about my most favorite muffins. These muffins are the best, best, best. They have such a delicious flavor due to the extra spices and amount of bananas used. I wanted to find a muffin recipe that I loved and could eat one or two of them without feeling the guilt afterwards. They are so moist and delicious you would never know they are low in fat! I have one of these every single morning with my coffee (slathered in butter of course!), they’re my favorite!

Even though there is whole wheat flour used in these banana muffins, you would never know it! There’s no cardboard-ey after taste and they aren’t bland or dry by ANY means. They are super flavorful and moist from the bananas and the combination of   the different spices mask the whole wheat flavor. I’m no health expert, but I calculated the calories and it clocks into just under 200 calories per muffin. Feel free to copy and paste the recipe into a calorie counter yourself to be sure. And yes, I realize there is a whole cup of brown sugar used, but if you break it down into how much is actually in each muffin, it’s not really that much (in my opinion). You could easily replace the brown sugar with honey or any other sweetener to make it a bit more health friendly. I just really love the flavor the brown sugar has so I stick with it.

You can also add chocolate chips for some extra sweetness. Perfect for a late night chocolate craving! 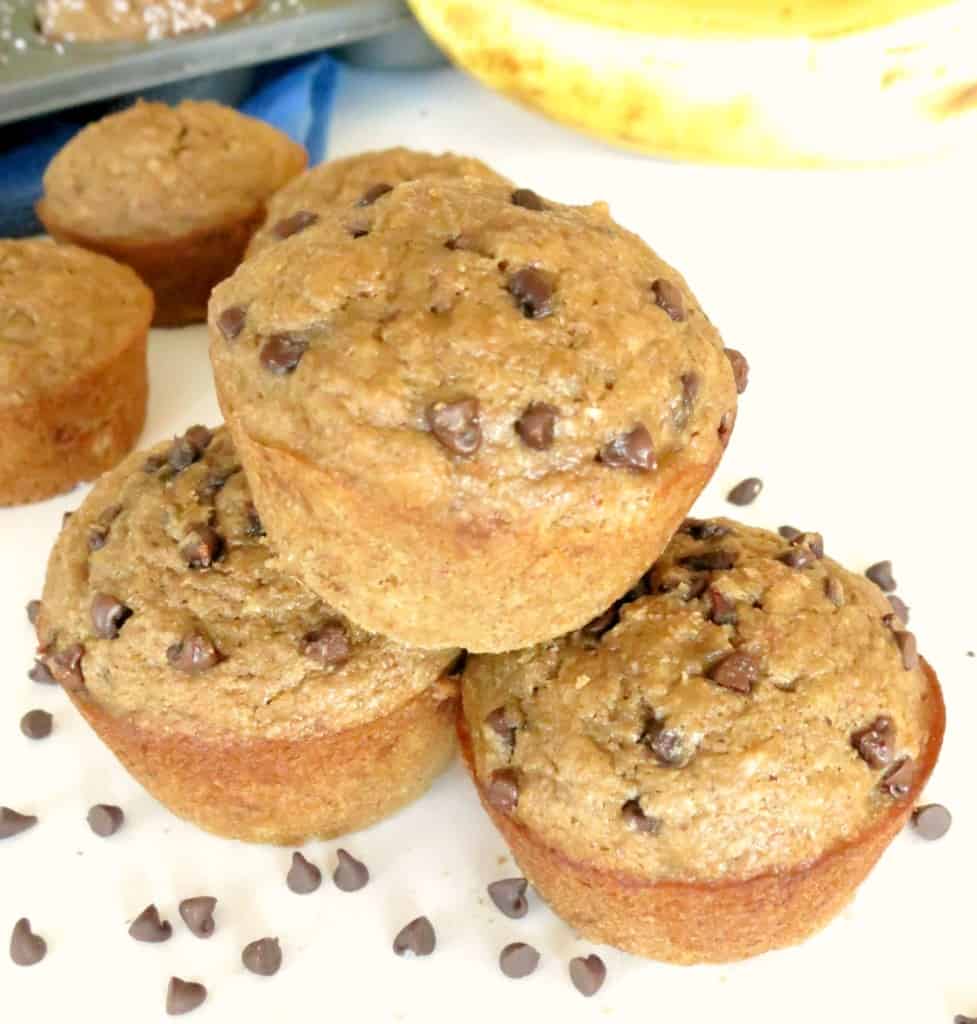 These muffins freeze beautifully and I always, always have them on hand to grab and go on those busy mornings. Pop them into the microwave for about 30 seconds  and you’re ready to go!

Scoop batter with an ice cream scoop into prepared muffin tins all the way to the top. Bake for 19-22 minutes or until a toothpick comes out clean. Let muffins cool in pans for 5 minutes then transfer to a wire rack to finish cooling. This is important because muffins will become dry if they are left in hot pan too long. 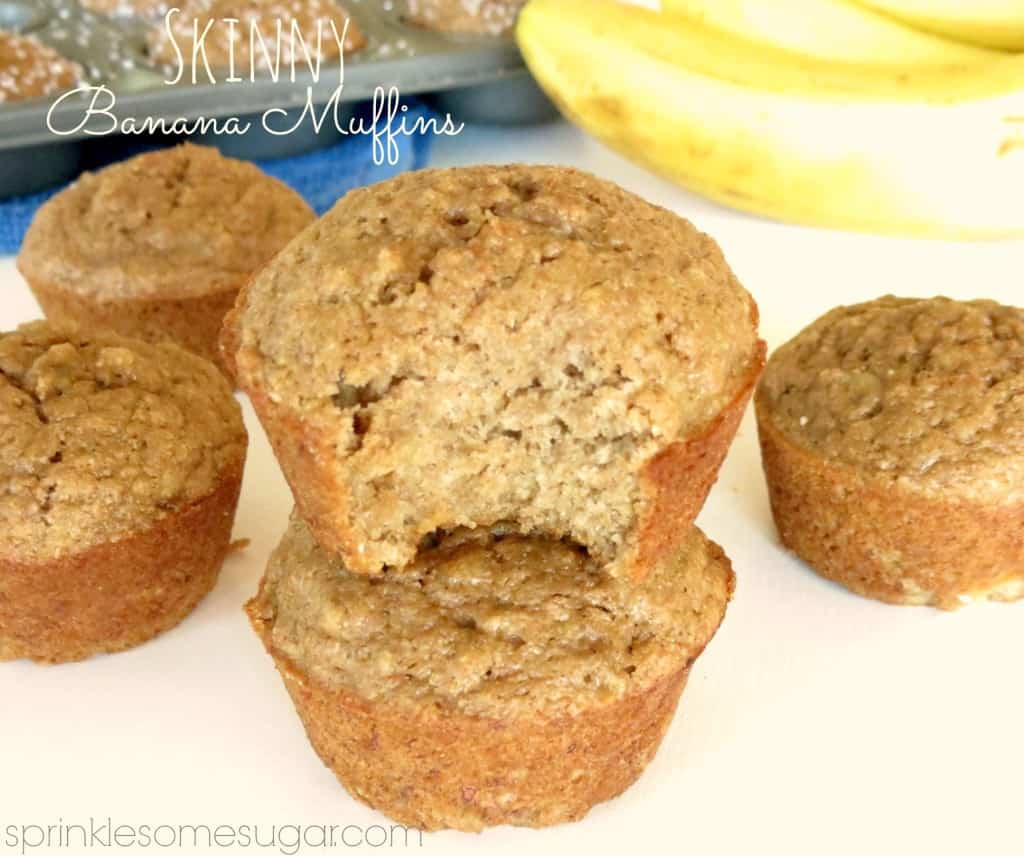