This no-bake churro cheesecake starts with a spiced graham cracker crust that gets filled with smooth and creamy cinnamon cheesecake. 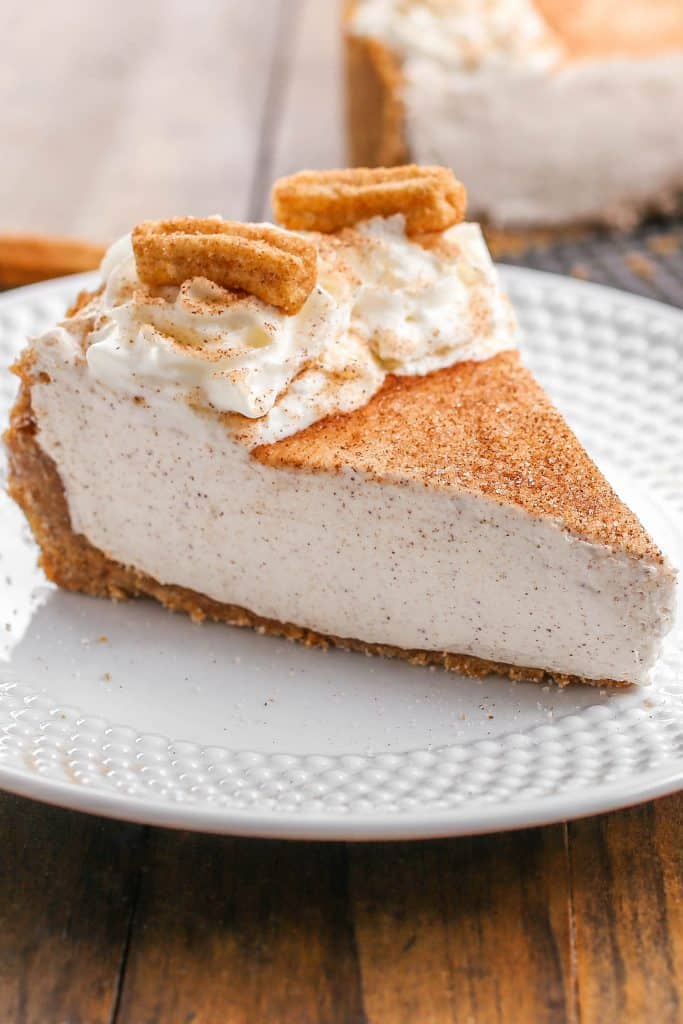 The day I made this cheesecake, I set it in the refrigerator after photographing it. My fiancé and I kept going back and forth to the fridge all night attacking it with spoons. It’s so addicting!! Haha.

You’ll start with a basic graham cracker crust – graham crackers + butter. To kick it up a notch, I almost always add a little brown sugar to mine and for this cheesecake, since we’re going with the churro theme here, I added a little bit of cinnamon to tie in the cinnamon flavor even more. You could even use cinnamon graham crackers! Duh! Why didn’t I think of that. 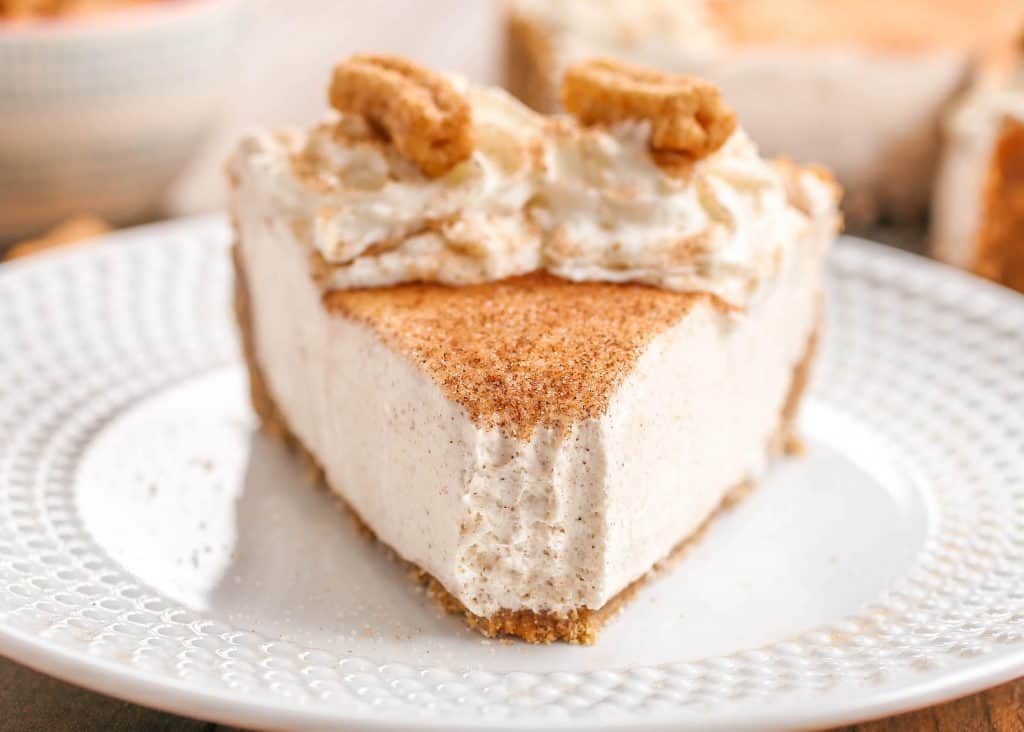 The crust and cheesecake do not need to be baked so this dessert comes together very quickly! I love making no-bake cheesecakes because to me, they don’t taste TOO much difference. I’m honestly willing to sacrifice a creamy baked cheesecake (SOMEtimes) for the no-bake version to cut back on time! My caramel turtle no-bake cheesecake is CRAZY popular! (I should point out though, I’ve gotten a lot of back lash on that recipe. Technically the entire dessert isn’t no-bake, you need to bake the brownie crust but the filling is entirely no-bake. Sooo, if you do not want to bake ANYTHING, I would use an Oreo crust or graham cracker crust! 😉 )

The filling has typical (no-bake) cheesecake ingredients – cream cheese, sour cream, frozen whipped topping, vanilla, etc. Plus, a good amount of cinnamon folded in. Before setting this cheesecake in the fridge, I sprinkled the top with a cinnamon sugar mixture because.. why not? After all, this is a “churro” cheesecake! 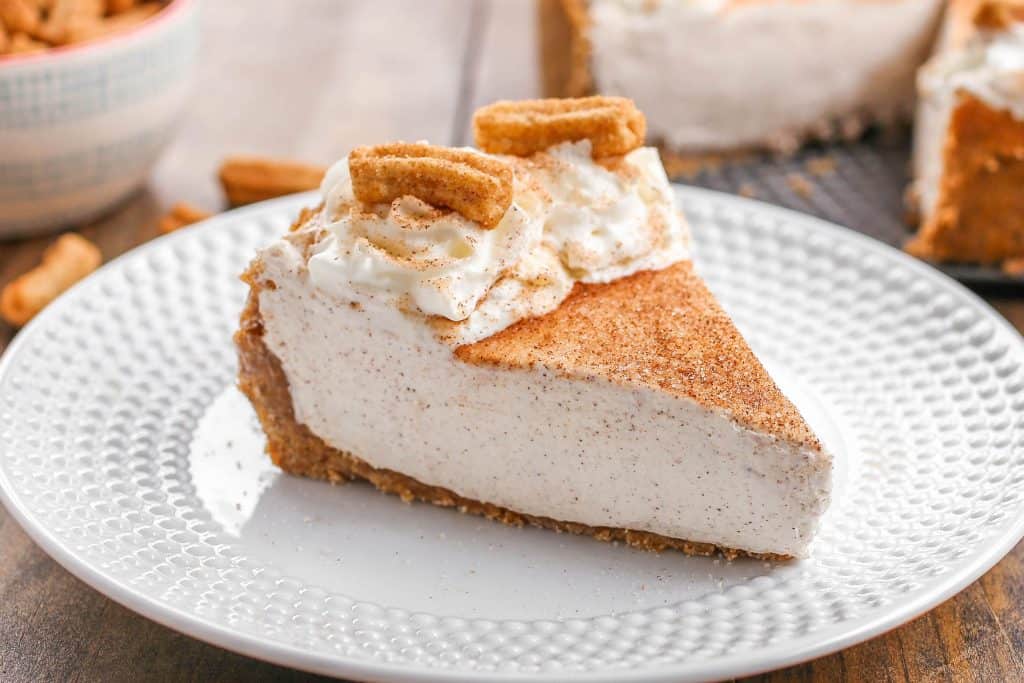 Also, I’d like to mention how freaking cute those little mini churros are! I found churro cereal at my grocery store – you may be able to find it near Cinnamon Toast Crunch – so I obviously had to use them!

You can get my FULL RECIPE for this No-Bake Churro Cheesecake over at —>>> Dixie Crystals!
Share
Pin366
Tweet
366Shares