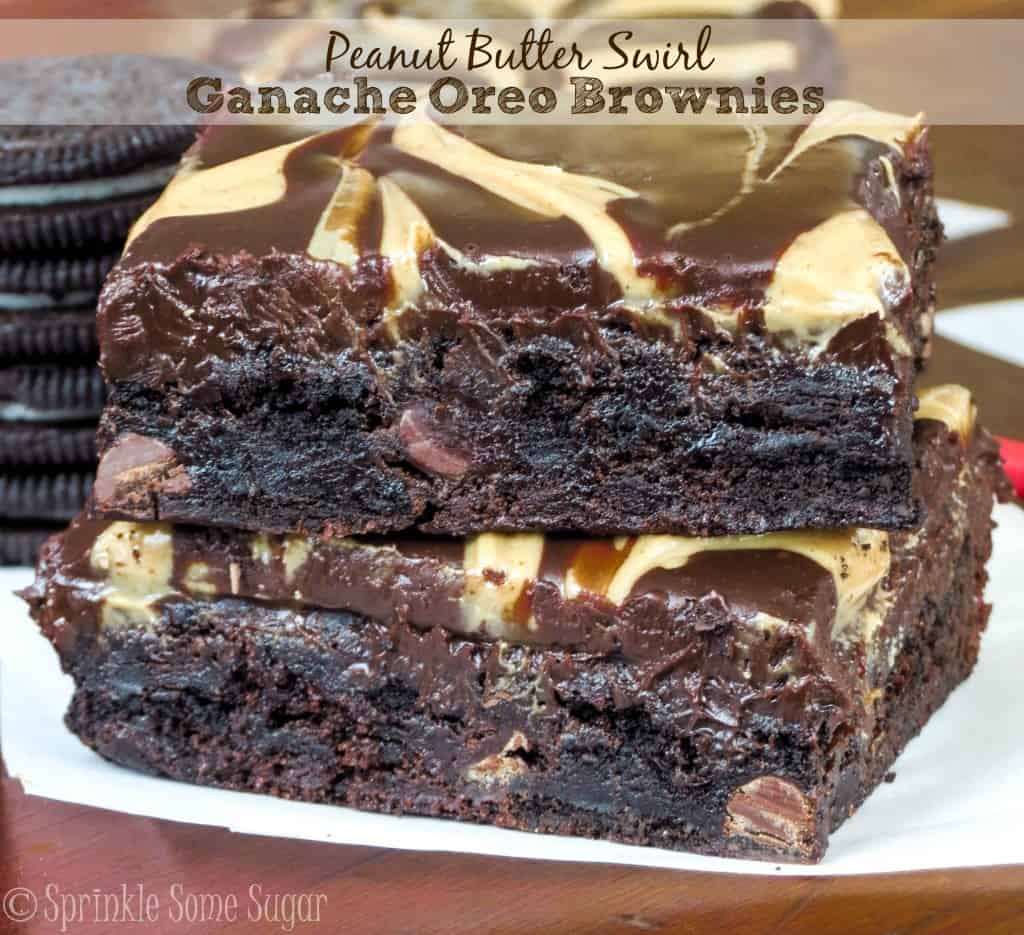 Happy Labor Day weekend to everybody! I hope everyone is enjoying this nice long three day weekend with their families, I know I am! It’s always so nice when we get an extra day to spend with Mike! Onto more important things though.. these Peanut Butter Swirl Brownies. Nobody would ever know these brownies are made from a box mix. Seriously, the amount of oooh’s and ahhh’s I got from these proved it to be true. I originally made these for my cousin Michelle because we went over her house two weekens ago and she requested “something crazy.. something peanut butter.. something with oreos.” Wellll, I took her ideas and combined them into one and BAM.. these brownies were born. Aren’t I the best cousin ever? I knew I had to re-make them to share with you guys since I got such amazing feedback!

The brownies are extremely moist and fudgey. See how dark in color they are? SO chocolatey! The chocolate chips you see pictured come in the brownie mix. Once the brownie batter is mixed, I folded in some chopped oreos. I left mine pretty large and chunky because they somewhat dissolve into the brownies and you may not be able to see them BUT you will taste them. After they are baked and cooled completely, I topped them off with a simple chocolate ganache glaze swirled with a little bit of melted peanut butter. Nothing fancy here, just a few no-fuss ingredients!

This recipe is seriously so easy and the results are MIND blowing. The peanut butter swirl makes them look so pretty and perfect. 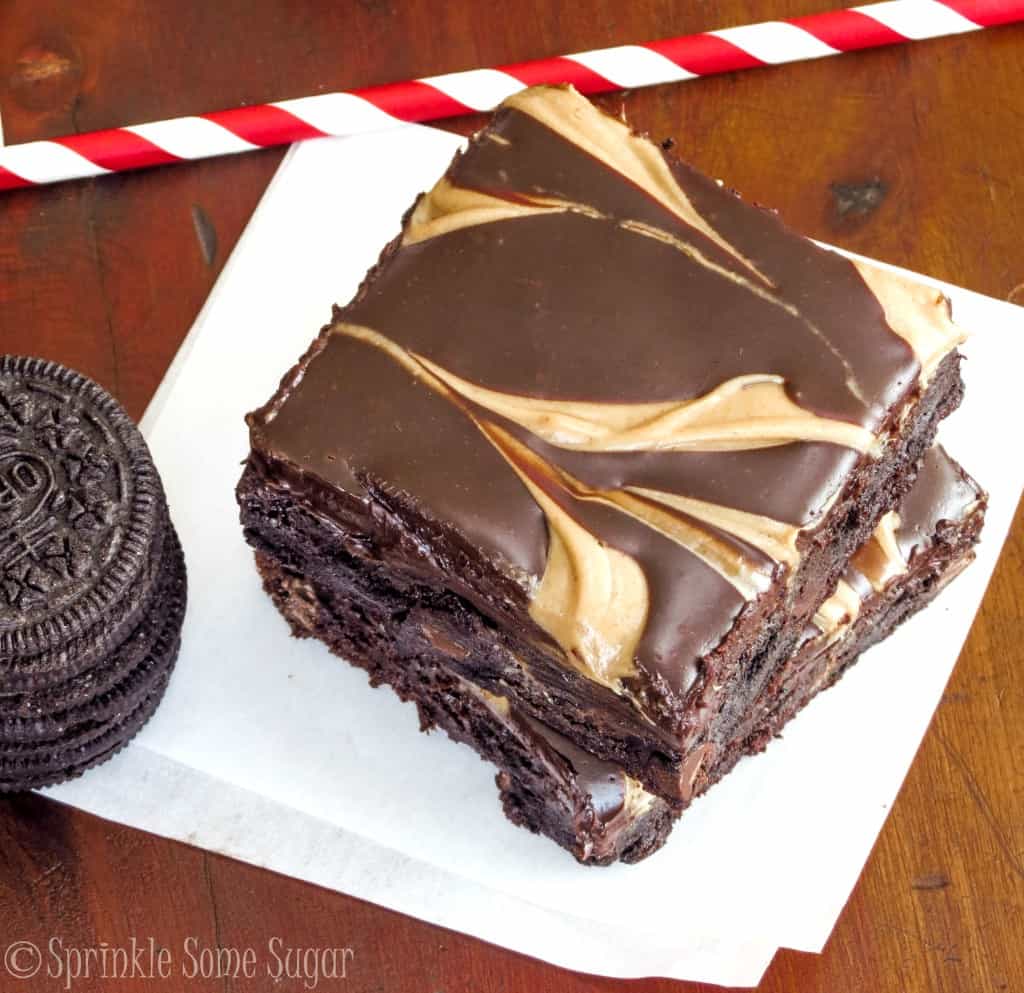 The brownies do require a little bit of chill time to set the glaze on top or else it will be a runny mess. I like to chill mine in the few hours and then 30-45 minutes before serving I take them out to come to room temperature so the glaze gets nice and soft and the brownies also soften up again.
Some of the comments on these were that they were the best brownies they have ever tasted! By the time dessert rolled around and it was time to sing Happy Birthday, HALF of the darn pan was gone! Some sneaky fingers made their way into the pan before they were served (one of those people being myself – whoops!) and as soon as they were served, people were “reserving” their pieces on their plates. Ha ha ha brownies will really make you crazy. Especially these.
Stop what you’re doing and just go make these right now.
[pinterest] 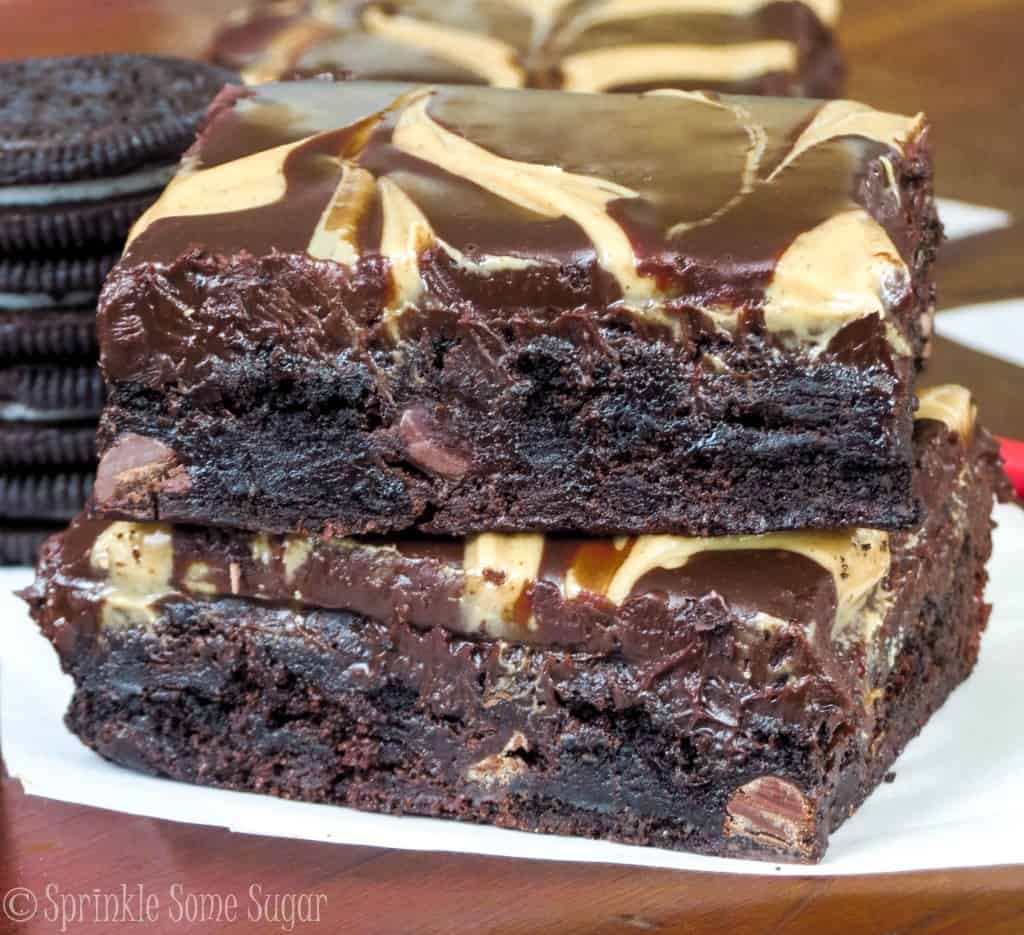