Juicy pears are smothered in a sweet sauce atop of a crispy puff pastry crust! 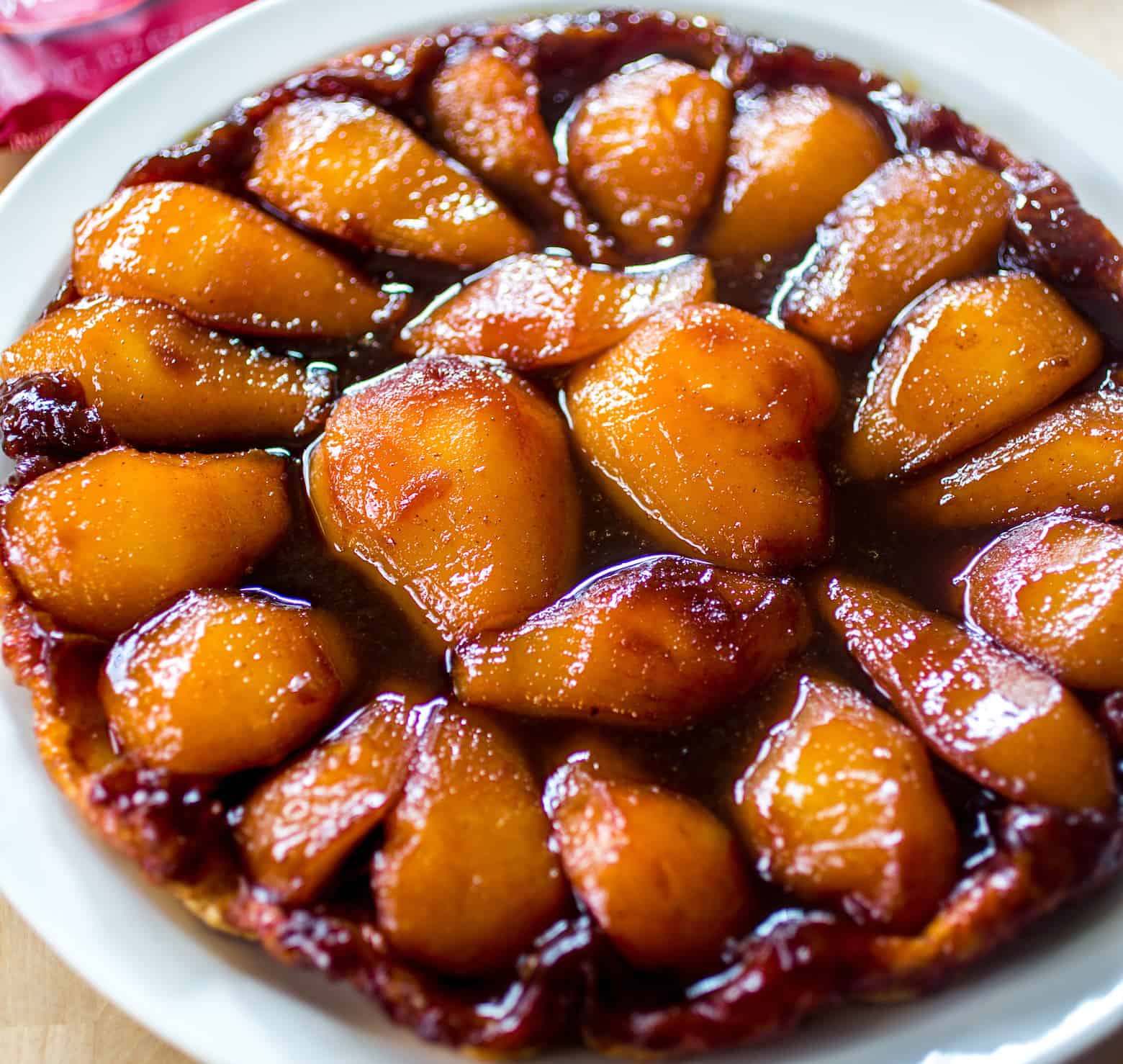 I’m sharing this ridiculously delicious pear tarte today to kick off the weekend! Sweet, juicy pears are covered in a delicious caramel-y sauce sitting on top of a flakey crust. I mean.. this dessert is pretty much perfection. 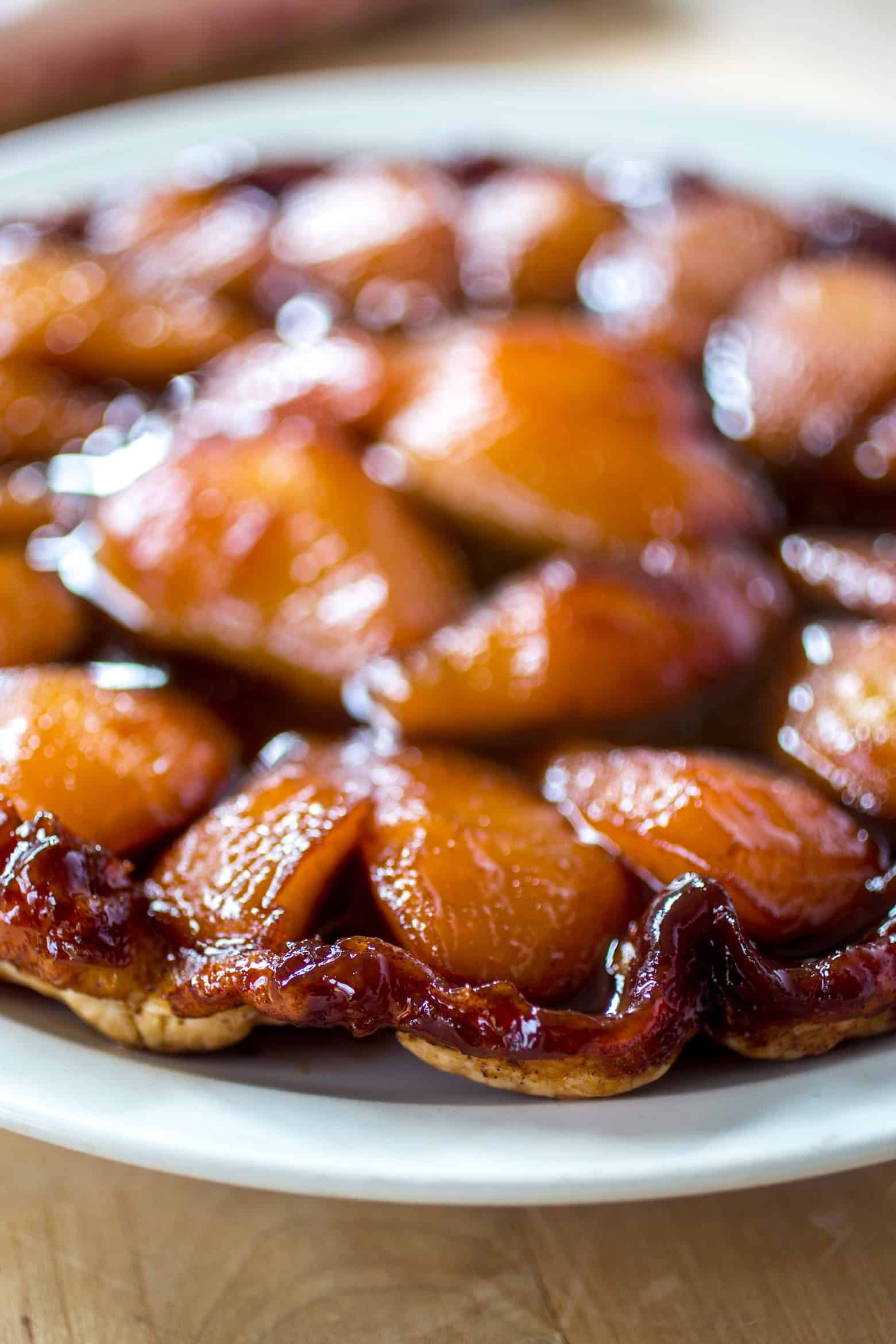 I used my favorite Wewalka Puff Pastry dough for the crust in this recipe! This dough is perfectly flakey, airy and crispy yet soft. It is amazing. 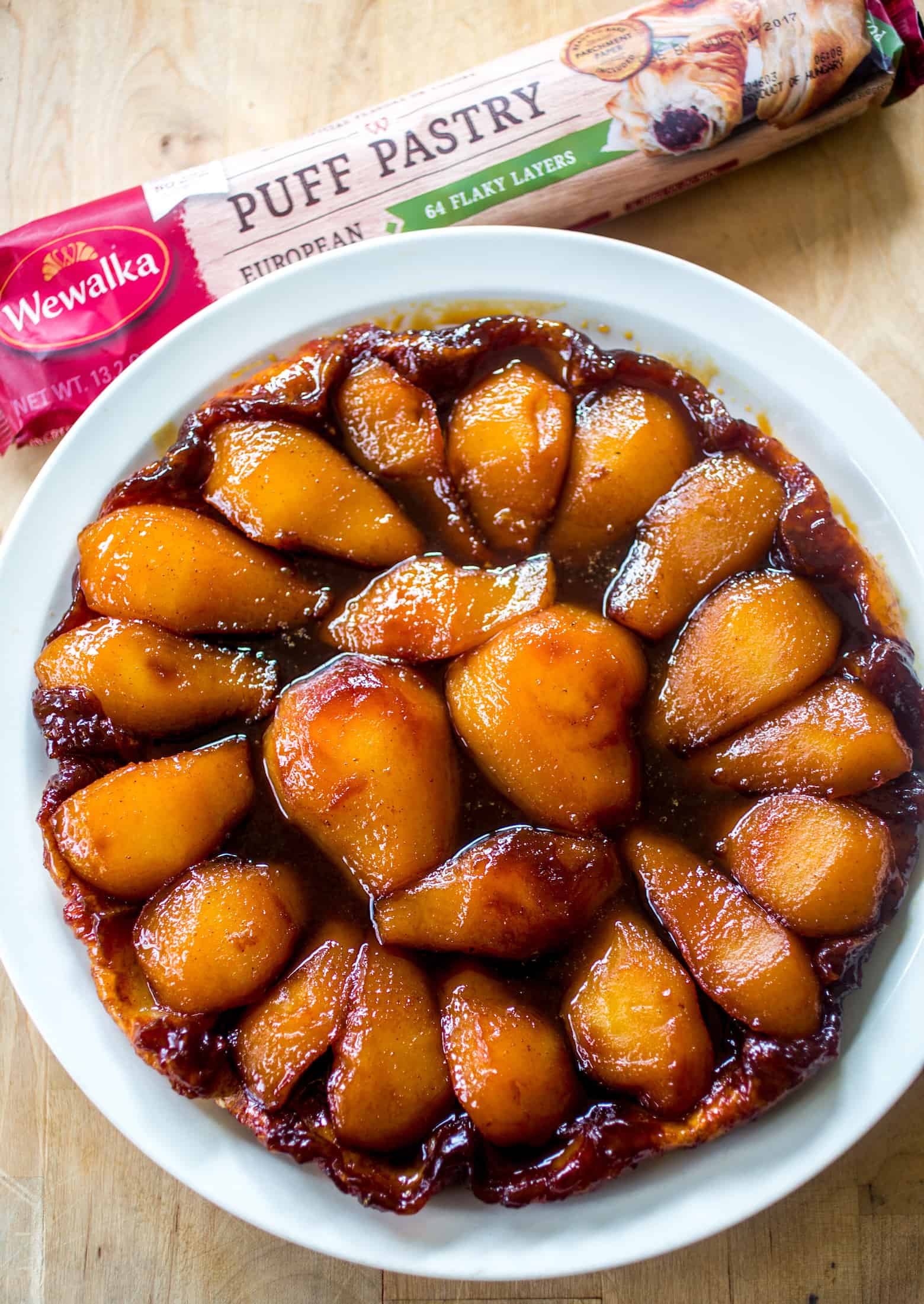 The part of this recipe that I do want you to be cautious of is flipping it over! Once you take the tarte out of the oven, the liquid portion of the tarte is PIPING HOT (obviously) and it does not set, it will be like delicious liquid lava. So, be sure to be super careful when flipping.