This cake is so soft with a gooey pecan cinnamon swirl in the center! All of the flavors you love about a cinnamon roll, in a super easy cake! 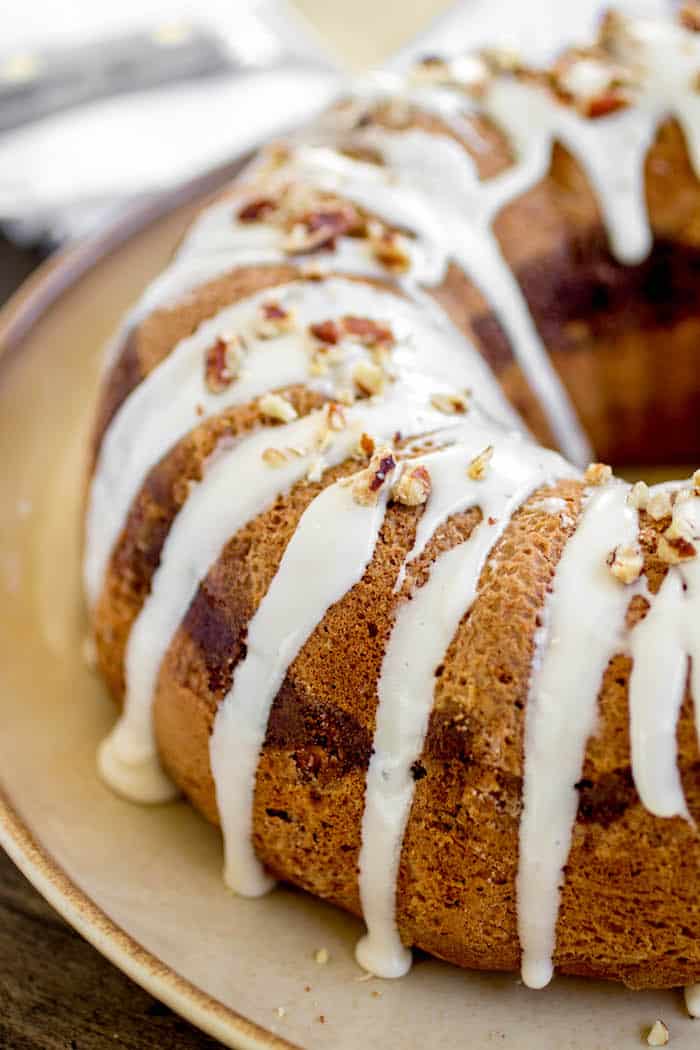 If you’ve been following my blog for a while, you KNOWWW of my love for cinnamon rolls. Or basically anything involving cinnamon. Ugh, love. I’m always trying new ways to make desserts taste like my beloved cinnamon rolls while making it much easier. For instance, my cinnamon chip scones and cinnamon roll donuts are some of the ways I’ve done that in the past. YUMMM-o. 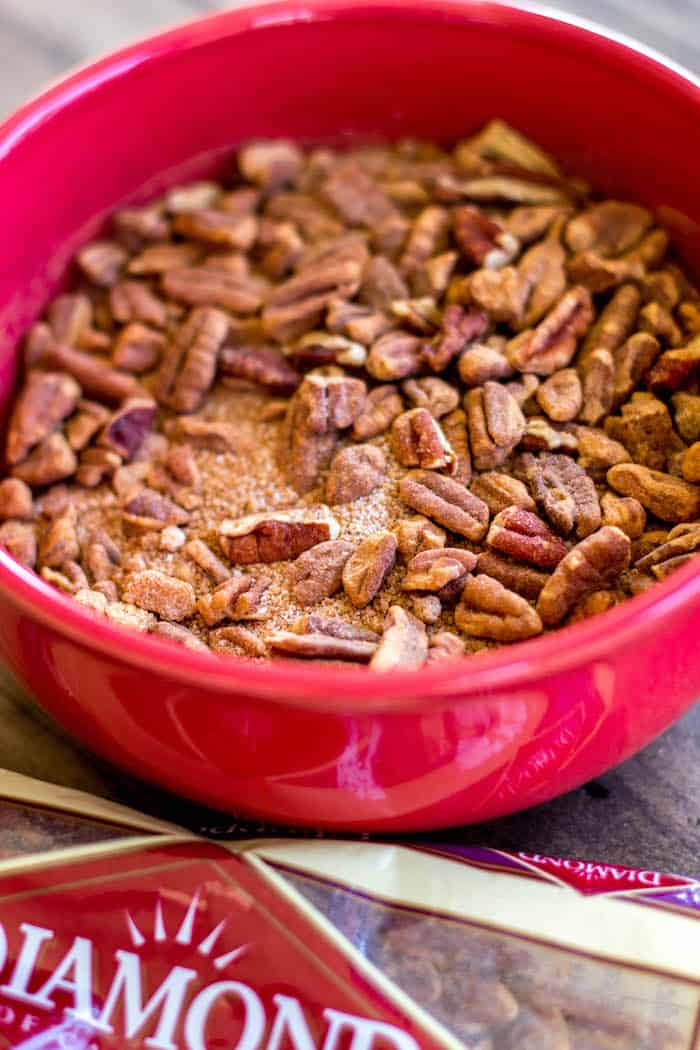 This bundt cake is AMAZING, you guys. The gooey swirl in the center is my favorite part because each slice of cake is a little different! It’s so fun. Some have a large swirl and some have a thinner swirl. I just swirl like a crazy person and get it in the oven. 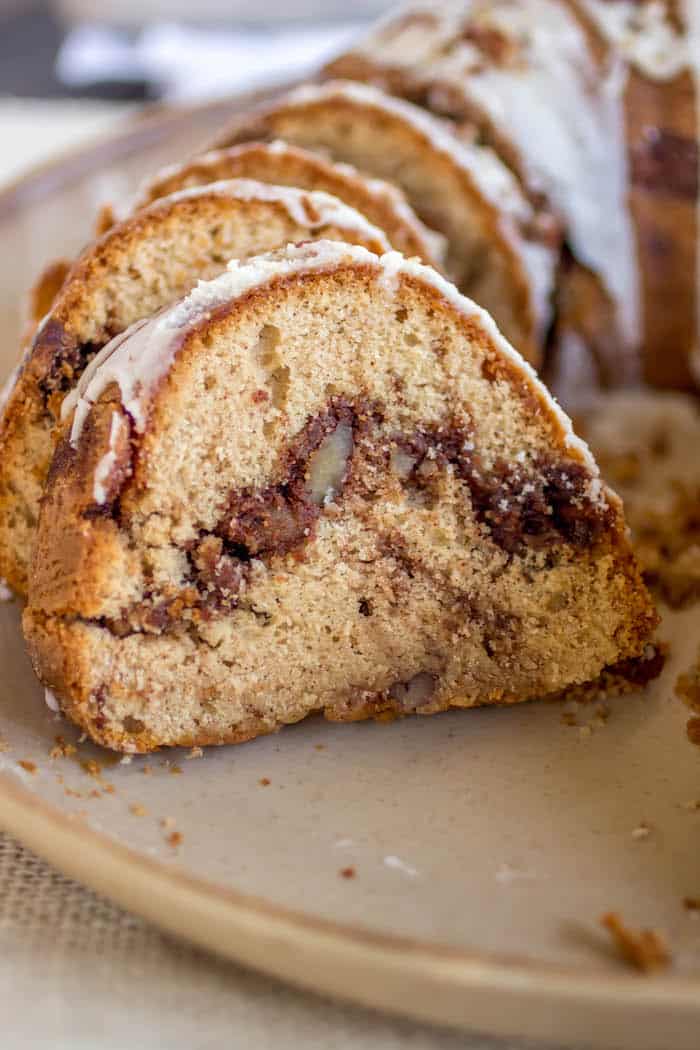 There are chopped pecans in the filling and it makes this cake even more delicious! To bring you this post, I am partnering with Diamond Nuts and they were nice enough to provide the nuts for me in this recipe. Their nuts are such amazing quality! If you are spending time making baked goods from scratch, you should definitely use quality ingredients when you can. 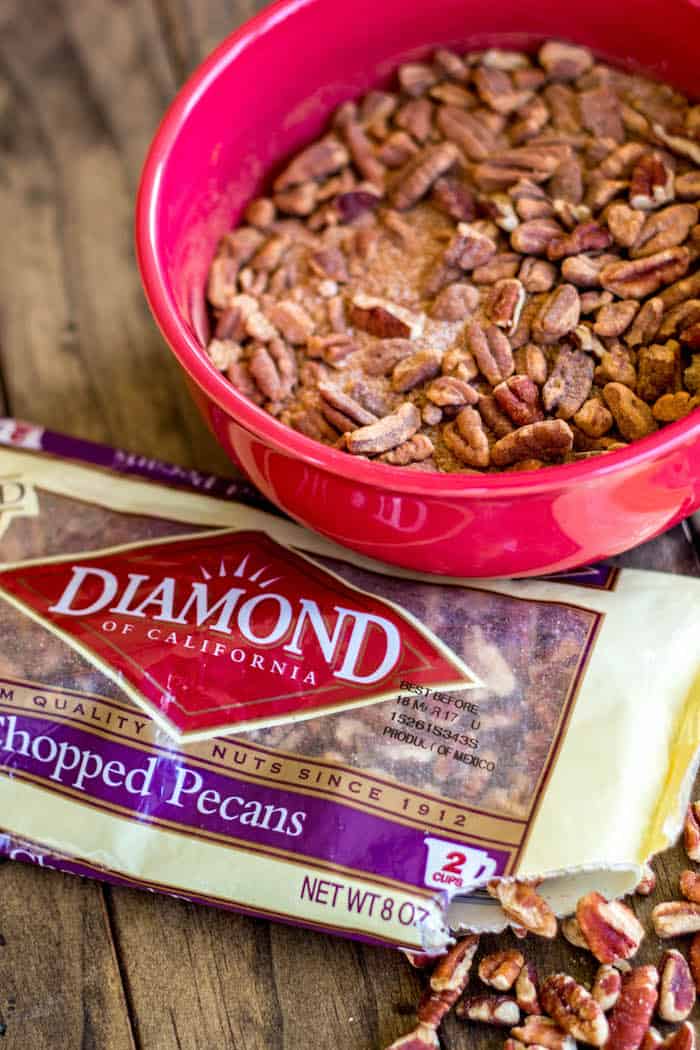 The part that makes this bundt cake reallllly taste like a cinnamon roll is the cream cheese glaze that gets drizzled on top! I think it really takes it to another level.

I am working with Diamond of California to bring you this recipe. As always, all opinions are my own!