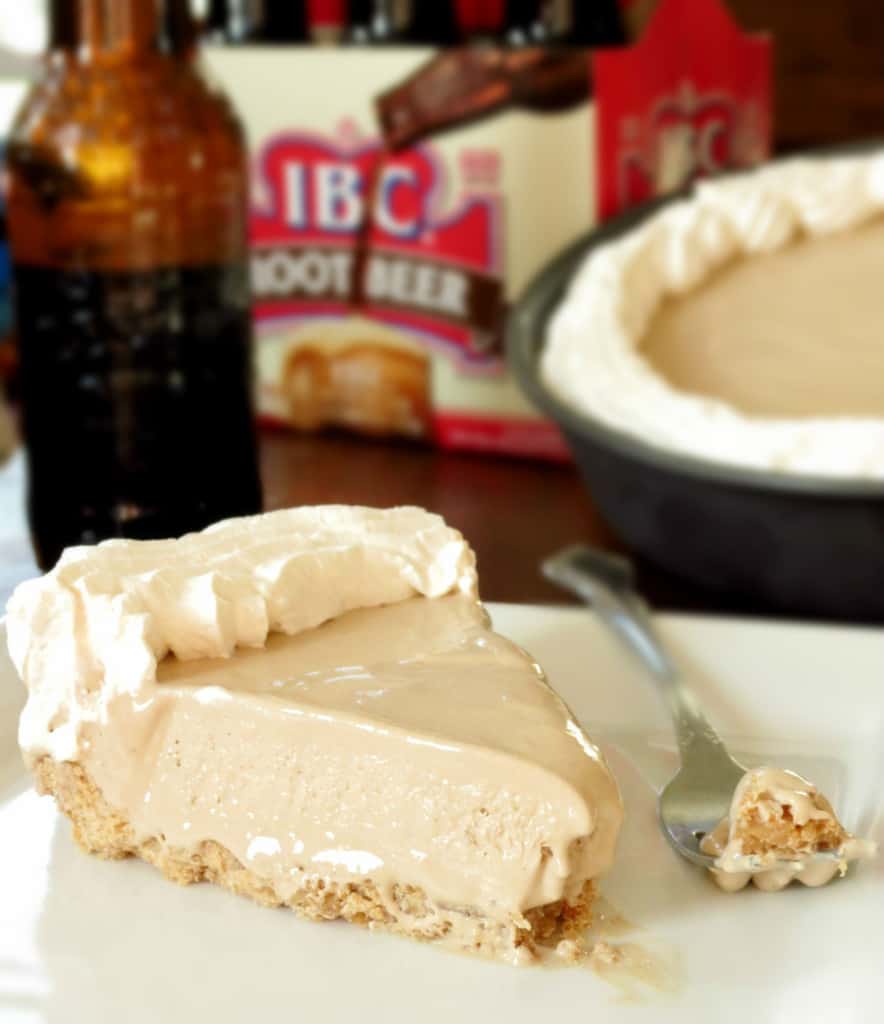 Is there anything better than a root beer float on a hot summer day? They’re my favorite even though I dislike soda. I despise those bubbles that burn your throat and honestly, I just don’t even understand how people like it! But, for some odd reason, I do like root beer and will bare the throat burning because it’s so good! ESPECIALLY paired with vanilla ice cream – YUM! This pie is everything that’s amazing about a root beer float, in pie form. The crust is made out of golden oreos. I’m not a fan of graham cracker crusts and I knew I wanted something vanilla-y to go with the whole theme, so I decided to try it out and it was amazing! The crust brings so much great flavor to the pie, it’s so yummy. 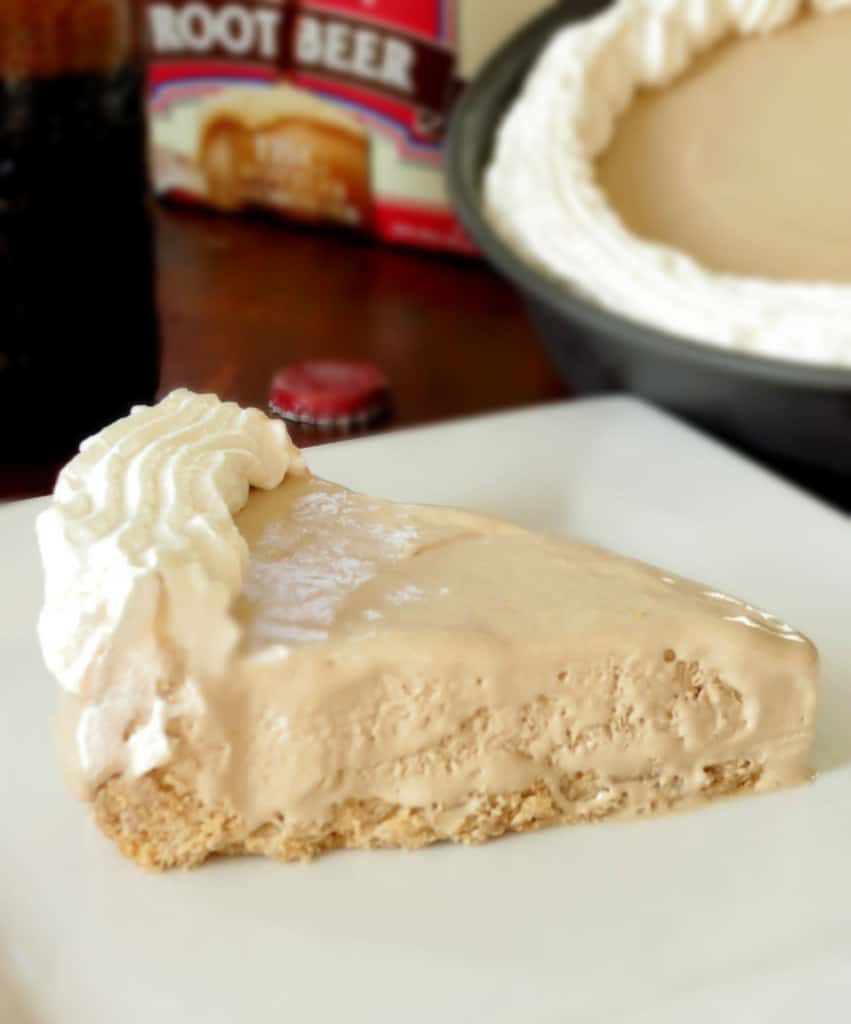 The filling tastes pretty spot on to a root beer float. So creamy, smooth and packed with lots of root beer flavor! You can either decorate the top like I did with extra cool whip, leave it plain or even do an entire layer of cool whip which I think I’m going I do next time because I loved the taste of cool whip in every bite! It was almost like the ice cream to the root beer float.
As for the crust? Ah-mazing. You do have to bake it and let it cool which is a little annoying, but so worth it. I promise. I realllllly urge you to put in the extra effort and make your own golden oreo crust, it only takes 10 minutes and it’s so, so good! 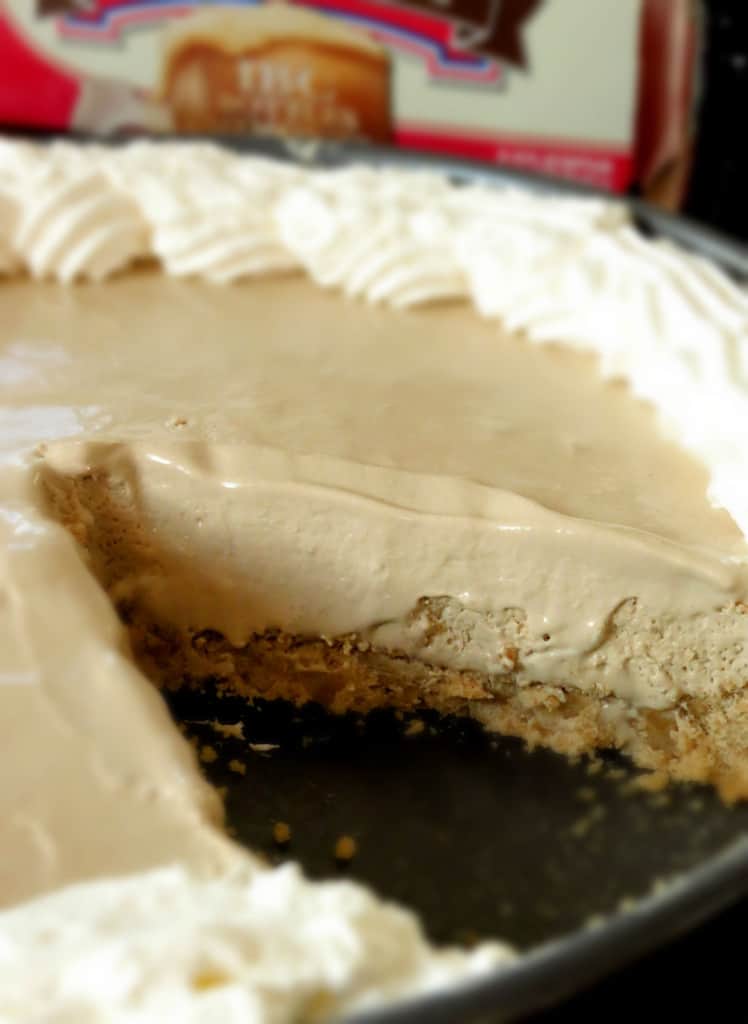 Look how creamy and delicious it looks! Yum. Make this for your next BBQ or event and be sure to have a copy of the recipe handy because everyone will for sure be asking you for it! 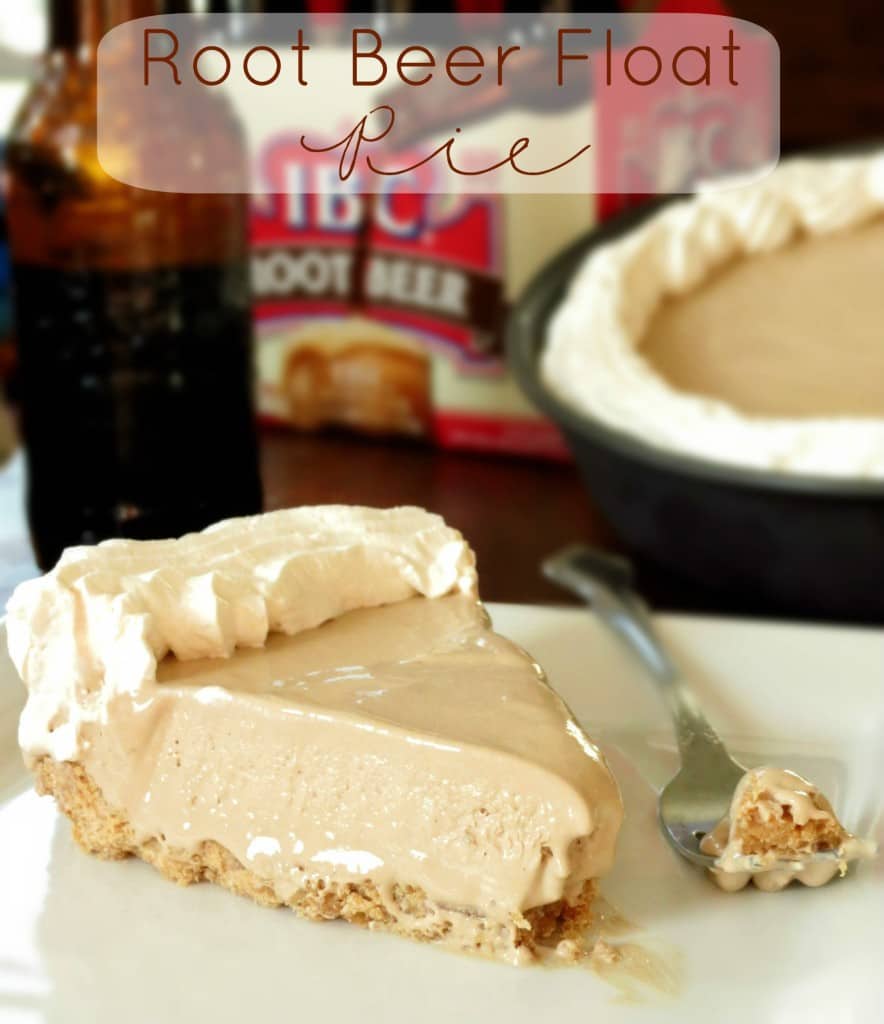