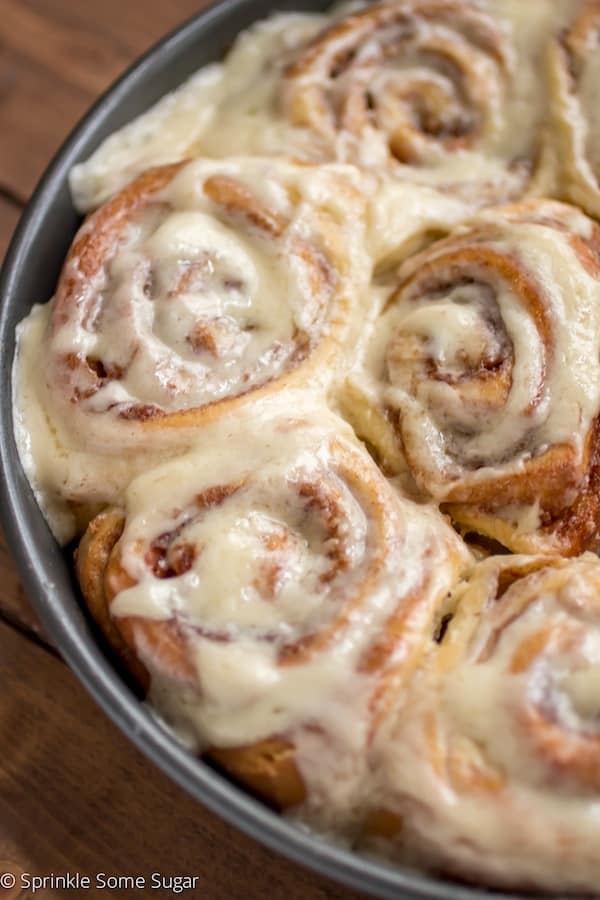 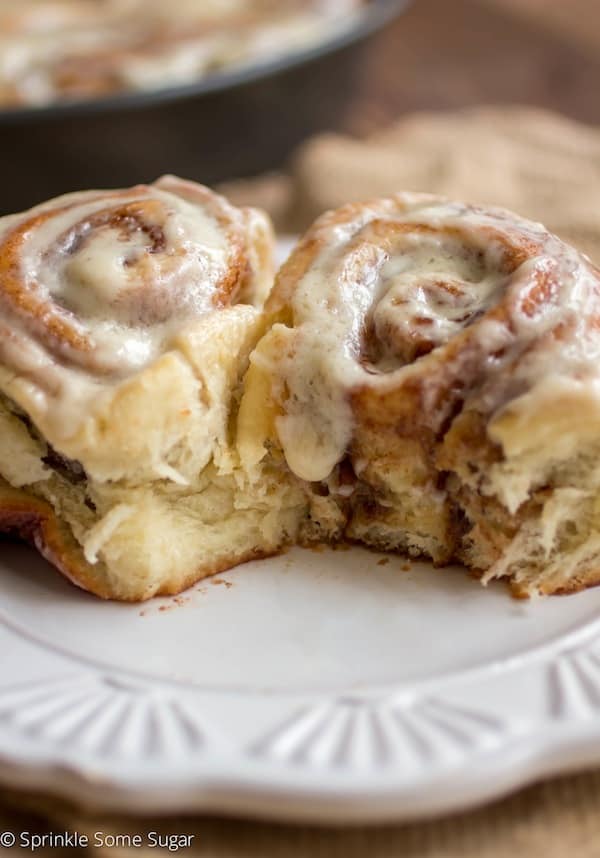 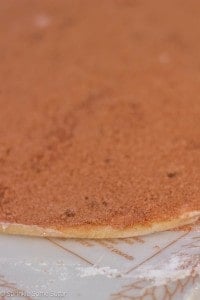 Roll it up tightly and cut 12 very large OR 16 decent-sized cinnamon rolls (pictured) with a serrated knife. If you would like to use two round pans, you can cut 16 cinnamon rolls and place 8 into each pan. If you would like to have those big, fat and round cinnabon-like cinnamon rolls, then you will need to cut 12 cinnamon rolls and space them out onto a 9×13 pan. Even though I have two round pans of 16 cinnamon rolls pictured here, cutting 12 rolls and placing them into a big 9×13 pan is definitely my preferred method. The round pans don’t give them much room to expand on the second rise + during baking so they squish together slightly. After they’re all nestled in your pan of choice, set the pan(s) into a warm place again to rise until they have grown slightly and are puffy. If you want to prepare these at night to bake in the morning, you will wrap them up TIGHTLY with plastic wrap and refrigerate them just before the second rise. The next day, you’ll remove them from the refrigerator and set them back in the warm environment to rise for the second time to get nice and puffy. 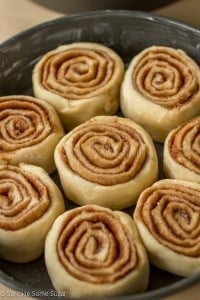 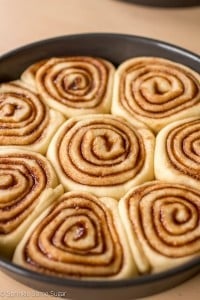 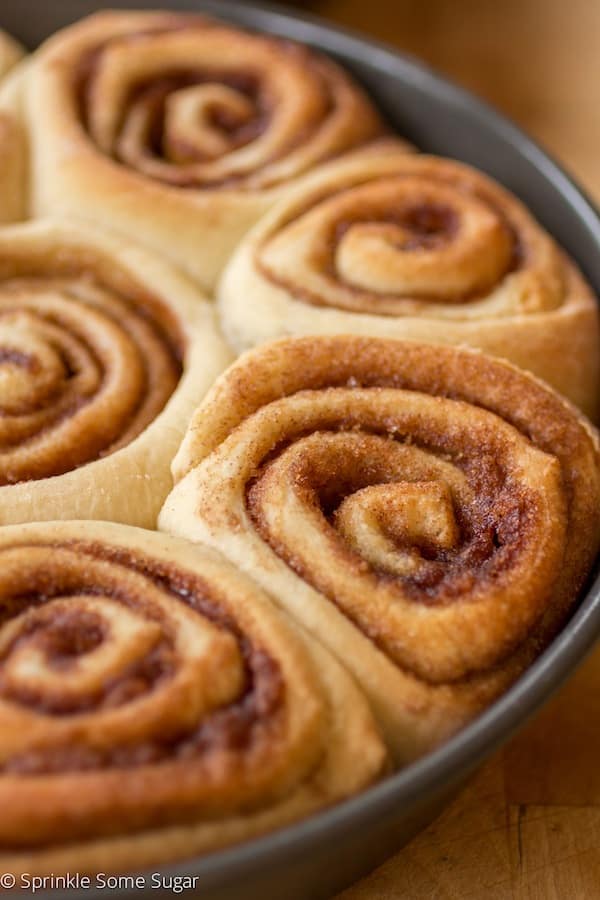 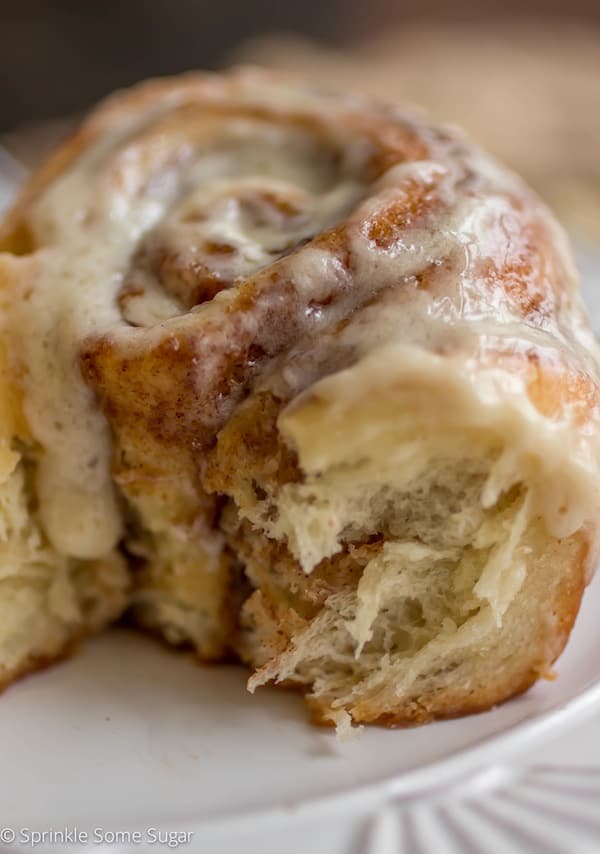 Roll the dough up very tightly into a long log. Cut the log into 12 or 16 cinnamon rolls. 12 for a large 9x13 pan or 16 for two round 8" baking pans (8 rolls in each). Grease your pan of choice extremely well and place cut cinnamon rolls into prepared pan.

At this point, if you are preparing these for the next day, wrap them TIGHTLY with saran wrap (you do not want any air to get in and dry out the dough) and refrigerate until you are ready. Remove from the refrigerator and set back into warm environment for the second rise.

Allow them to rise in a warm place one more time until puffy, about thirty minutes.