A mixture of sweet fruit juices, lemon-lime soda and vodka make this sparkling cranberry fruit punch a hit at any party!

Need a delicious recipe for New Years or any holiday party you have coming up?! I’ve got you covered with this festive punch. The best part about it, is that you can adjust all of the flavors to your preferred taste. You can also add more or less alcohol, it’s all about personal preference! I prefer the vodka be on the lesser side but that’s just because I’m a wimp. Ha! 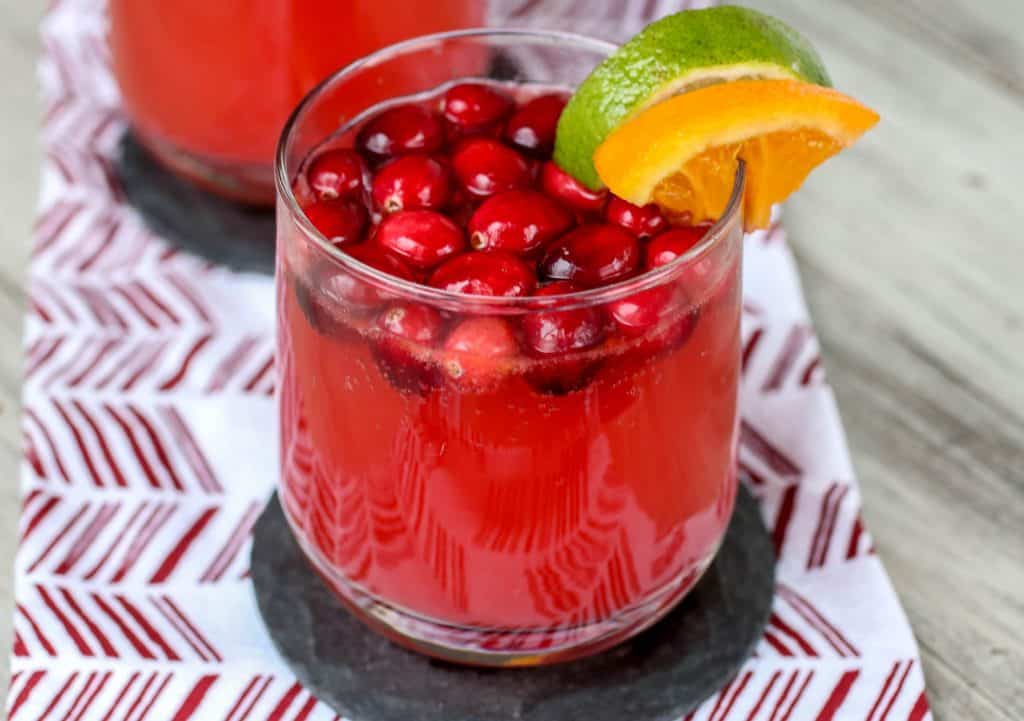 To make this punch, you’ll make the simple syrup and allow it to cool. In a large pitcher you’ll add the fruit juices along with the simple syrup and give it a good stir. I like to make this a few hours in advance to allow the flavors to combine nicely. Just before serving, that is when you’ll add the soda and vodka. Stir it up and add some garnishes on top like cranberries and oranges for a super festive punch!

To make this punch non-alcoholic, just simple omit the vodka and up the rest of the ingredients a tad.

You can find my full recipe + instructions over at –> Dixie Crystals!