These vanilla cupcakes will be your absolute favorite! They are sooo super moist and fluffy with a perfect light crumb. 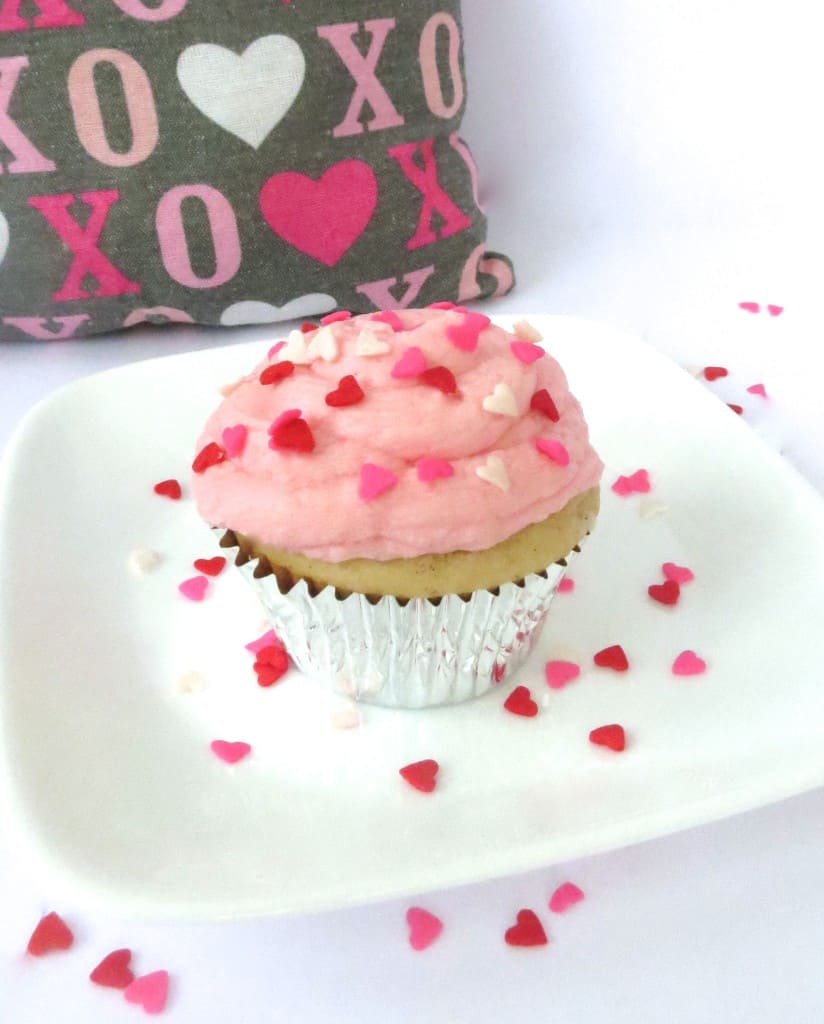 Since Valentine's Day is right around the corner, I decided to decorate mine with a light pink frosting and lots of cute little heart sprinkles. Sidenote: Isn't that pillow in the background so cute?! I found it at Target for $3! Score!

These cupcakes have an intense vanilla flavor and smooth buttery richness. I added much more vanilla than most traditional vanilla cupcakes call for, but I just always feel like the vanilla never shines through enough for me!

Also, I used a vanilla bean which really amps up the flavor. 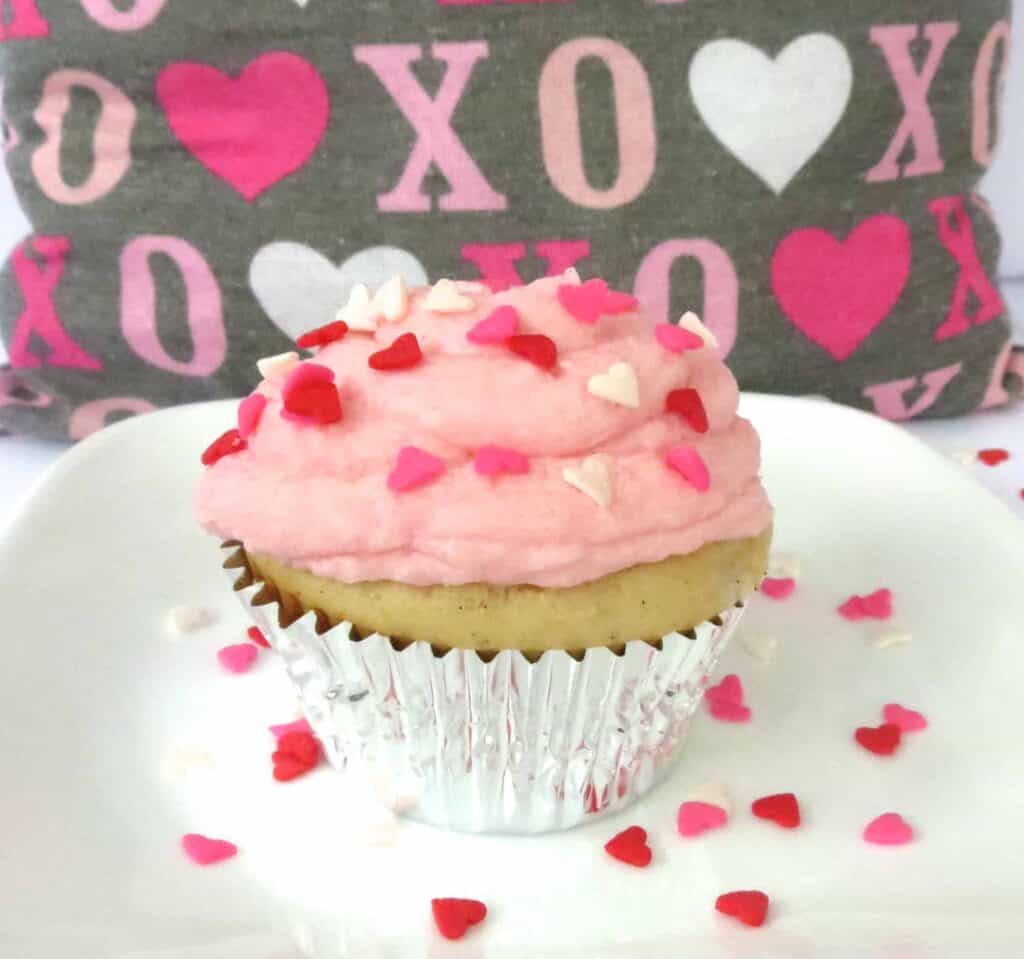 Do you see all of those little vanilla bean flecks? So beautiful! ^

You can frost these with any kind of frosting, really. I like to frost my vanilla cupcakes with my deliiiiicious Vanilla Buttercream. This frosting is my favorite vanilla buttercream ever! Of course, everyone's taste buds are different. But, I really don't like a frosting that is so sickeningly sweet that you get a stomach ache after one bite. This frosting has the perfect amount of sweetness and is just sooo fluffy. I could not stop stealing spoonfuls out of the bowl!

This recipe is a huge favorite in my family and I know it will be one in yours too! Enjoy!