This buffalo chicken dip is super creamy, extra cheesy and has the perfect amount of heat! 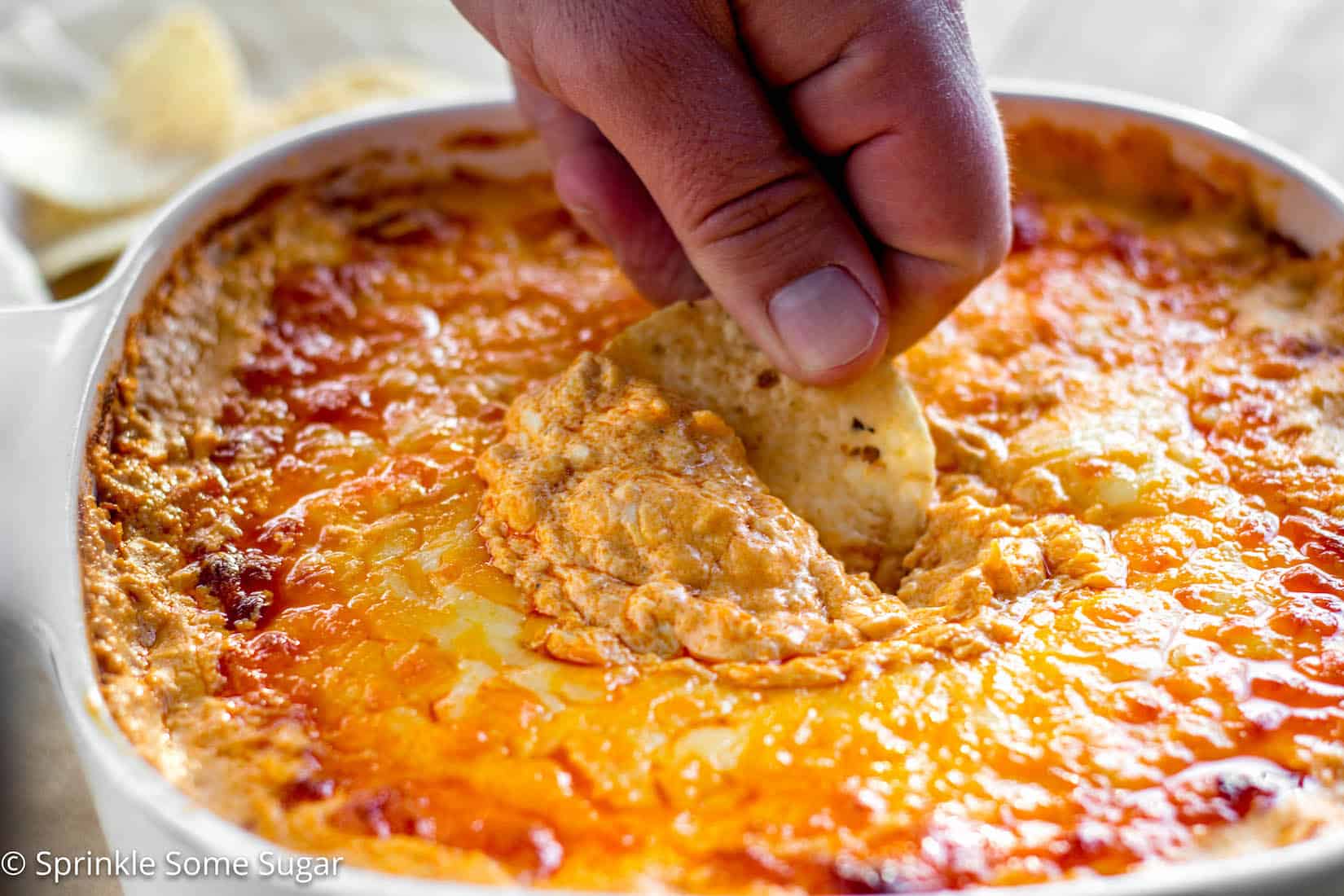 Super Bowl is one of my favorite days of the year. Why, you ask? Of course not for the football. I have tried so hard to understand the sport, but it just doesn’t stick! It’s for the food! Lots of tasty picky foods are my favorite thing ever. Today I have a recipe that is sure to please everyone at your Super Bowl party because who doesn’t love a good buffalo chicken dip! 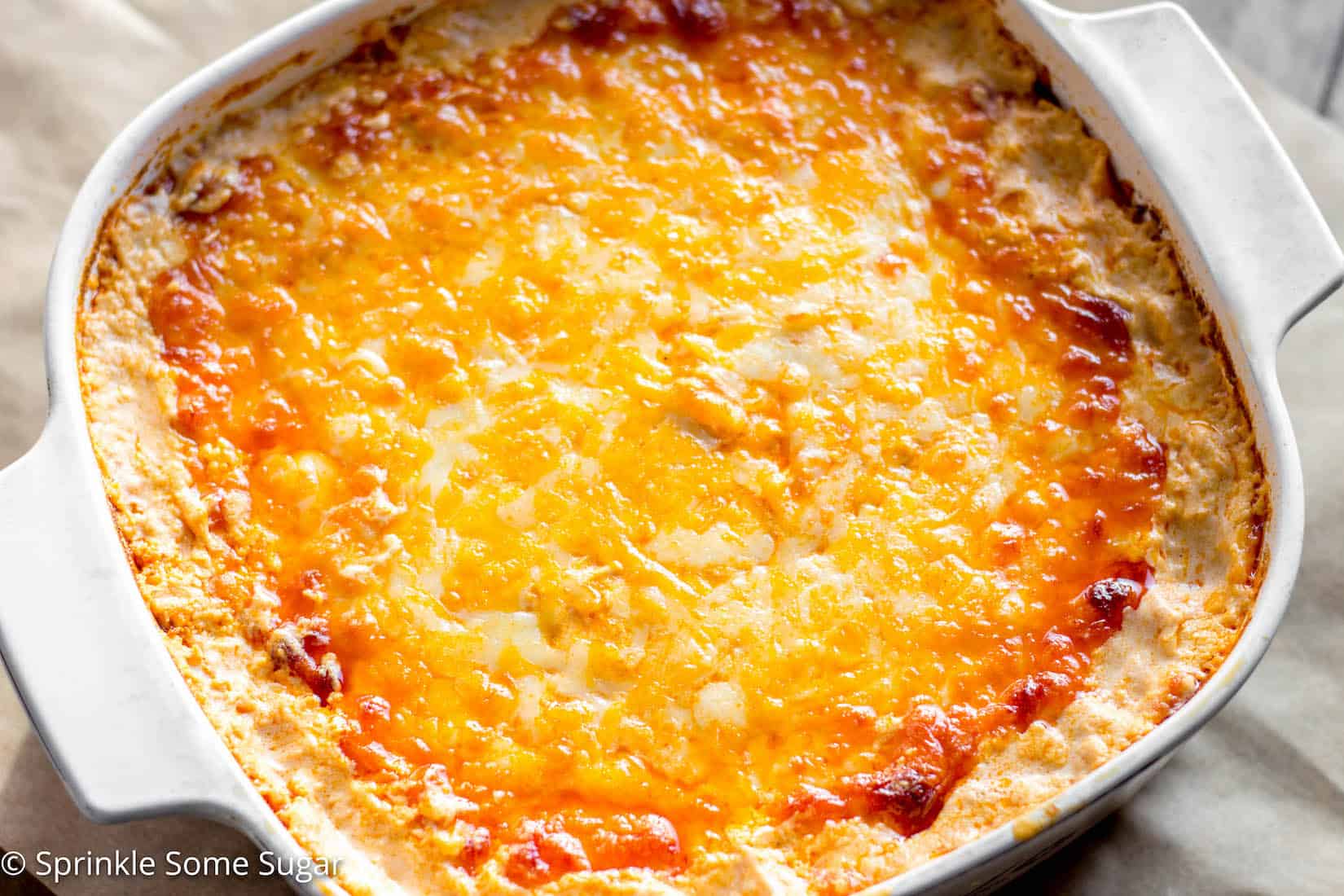 I’ve had many buffalo chicken dips in the past and this is by far my favorite of them all. It’s creamy, so full of flavor and has just the right amount of heat. You can use more or less hot sauce depending on how spicy you want it but with all the cooling, creamy ingredients in this dip, it’s the perfect amount for me. 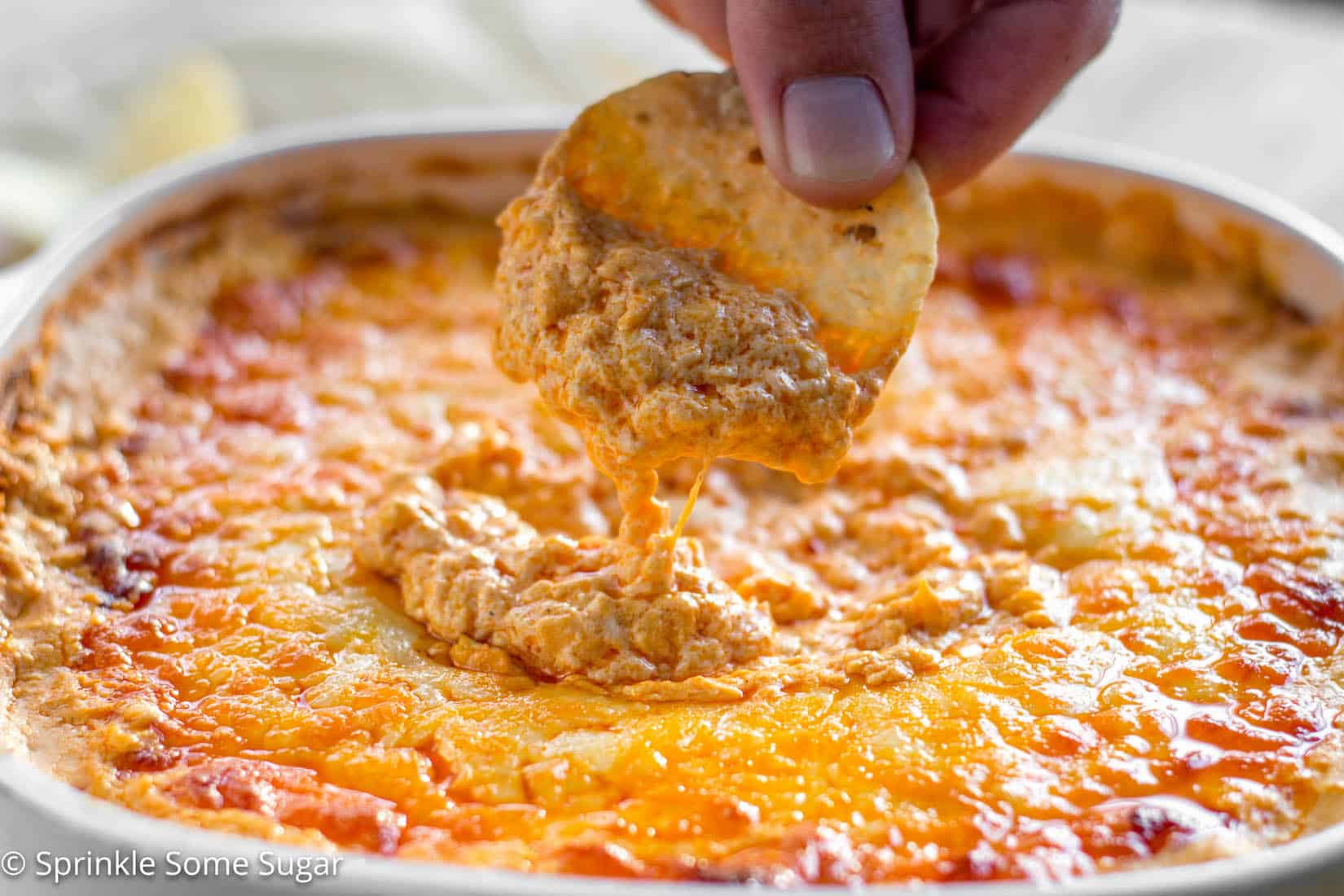 This recipe uses fresh chicle breasts that you boil and then shred. To shred my chicken quickly and smaller than I would get with two forks, I pulsed each breast in a food processor a few times to break it up then added it to my dip ingredients. Using fresh chicken breasts tastes so much better than canned chicken – yuck. If that is all you have on hand though, feel free to use it.

Once the ingredients are all mixed together and the chicken is added, you’ll pour the dip into a lightly greased baking dish, add some more shredded cheese on top and bake it until the cheese is a little brown and bubbly. Then dig in with your favorite dippers!

In a medium pot, boil chicken breasts until cooked through. Pulse in a food processor a few times to shred. Set aside.

In a large bowl, using a hand mixer, beat cream cheese, sour cream, mayo, hot sauce, both dressings and all spices until smooth. Fold in 3/4 cup cheddar cheese, 1/2 cup monterey jack cheese and 1/2 cup mozzarella cheese. Place the remaining cheeses in a bowl and toss together. Pour dip into prepared baking dish and top with leftover cheese. Bake for 30-35 minutes OR until the cheesy is melted, lightly browned and bubbly. Serve hot.