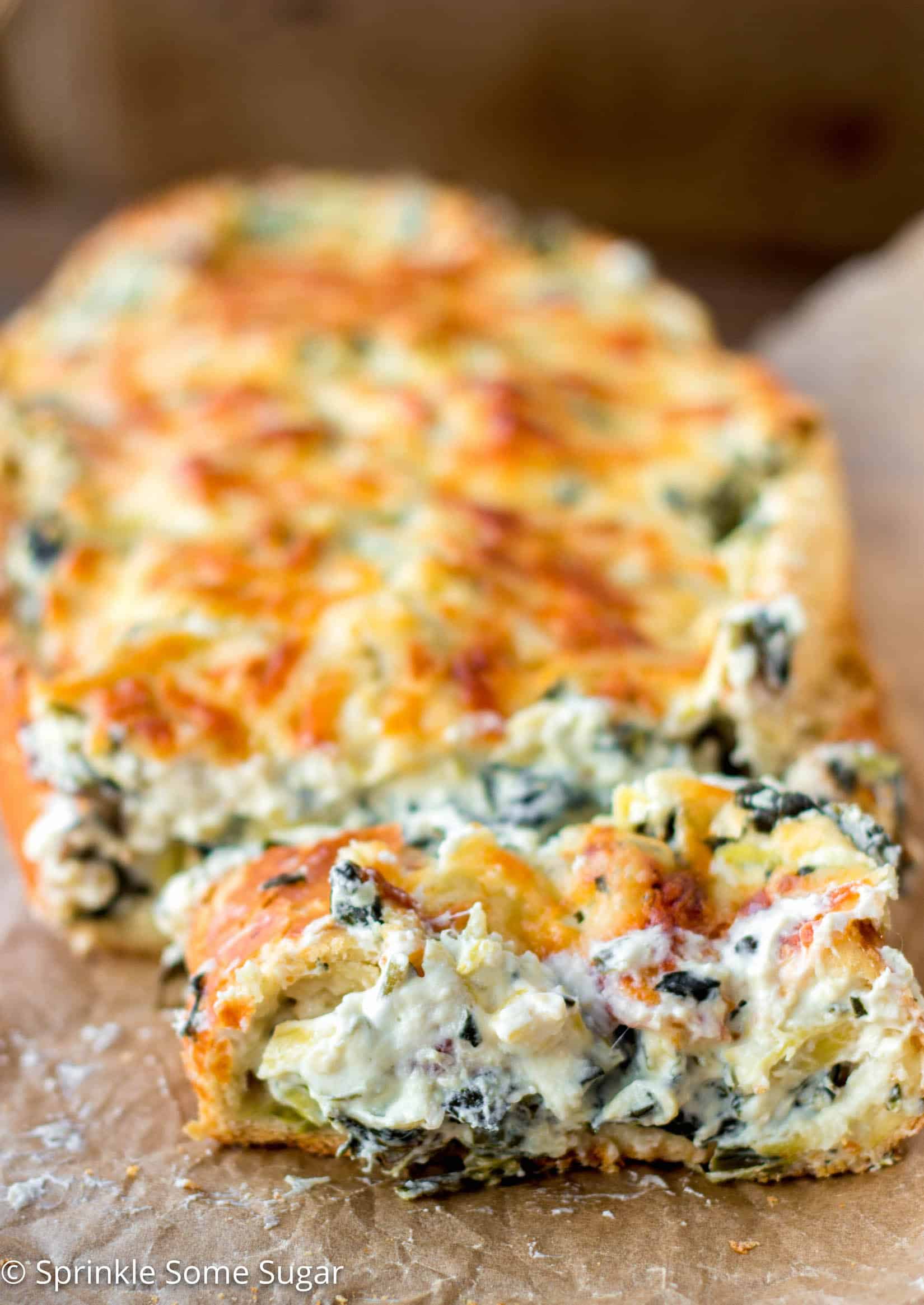 Spinach and artichoke dip is my favorite thing to make for parties or get-togethers because it’s always a crowd pleaser! I gave my favorite recipe a little upgrade by filling a loaf of Italian bread with it. You can use your favorite bread but I love to use a big crusty Italian. 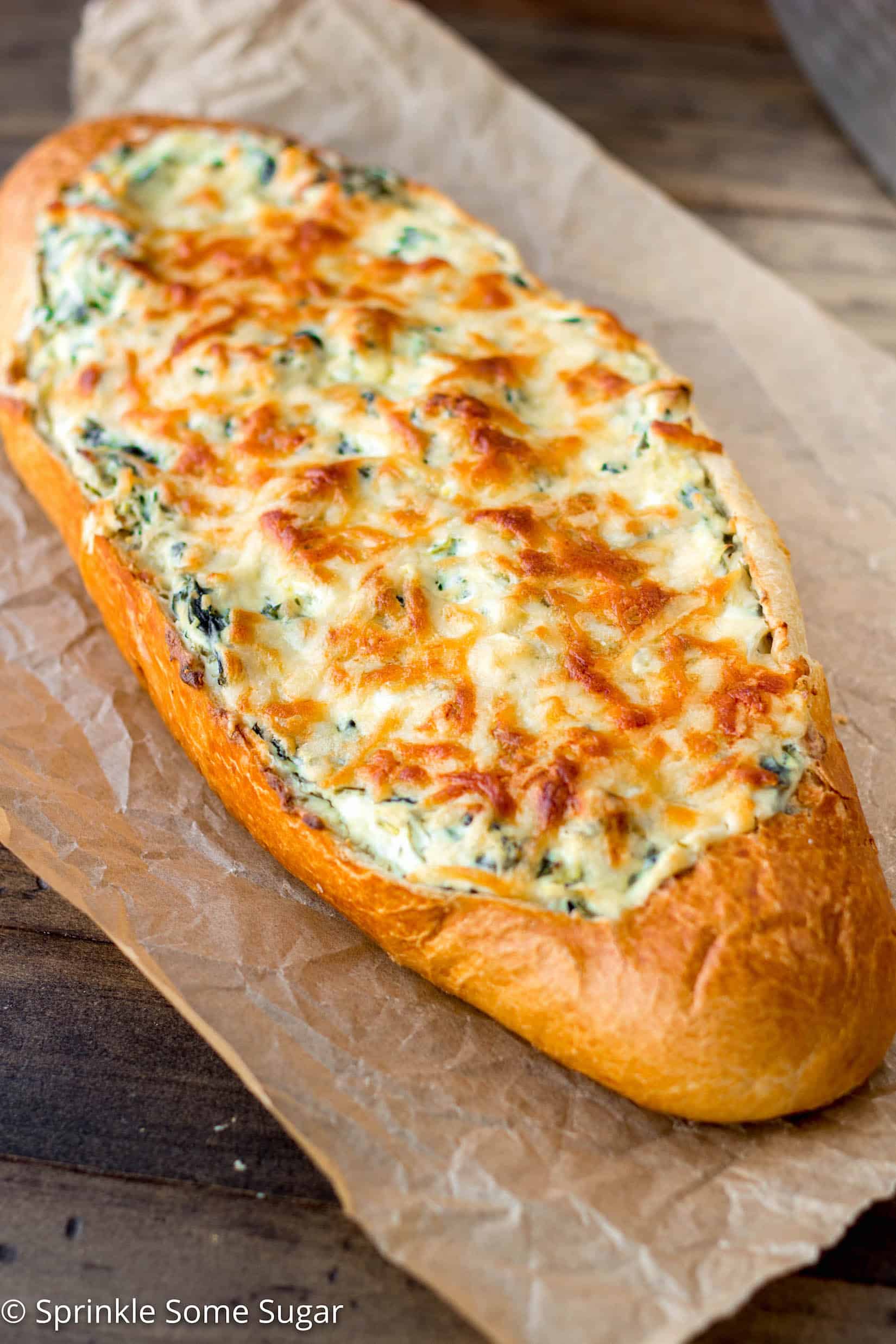 The spinach dip comes together in one pot. Everything gets stirred together until it’s nice and creamy. Then, you’ll cut the top off of the bread and rip out the inside and thats where you’ll pour the spinach dip.{Then, you get to eat the fluffy inside!} Top with the remaining cheese and bake until lightly browned and bubbly.

Place your loaf of bread on prepared baking pan and cut a large rectangle out of the top of the bread. Pull the rectangle out, hollowing out the center to create a rectangular bread bowl. (Save the insides to eat later!) Pour the spinach dip inside the bread and sprinkle remaining 1/2 cup parmesan and 3/4 cup mozzarella cheese. Bake for 25-30 minutes or until the cheese is melted, lightly brown and bubbly. Let the bread cool slightly for 10 mins before cutting it into slices. Best served hot.

You can prepare this ahead by making the spinach and artichoke dip the night before and store in the refrigerator. The next day, prepare the loaf of bread as stated and spread the cold spinach dip into the bread, sprinkle the cheese on and bake as directed.