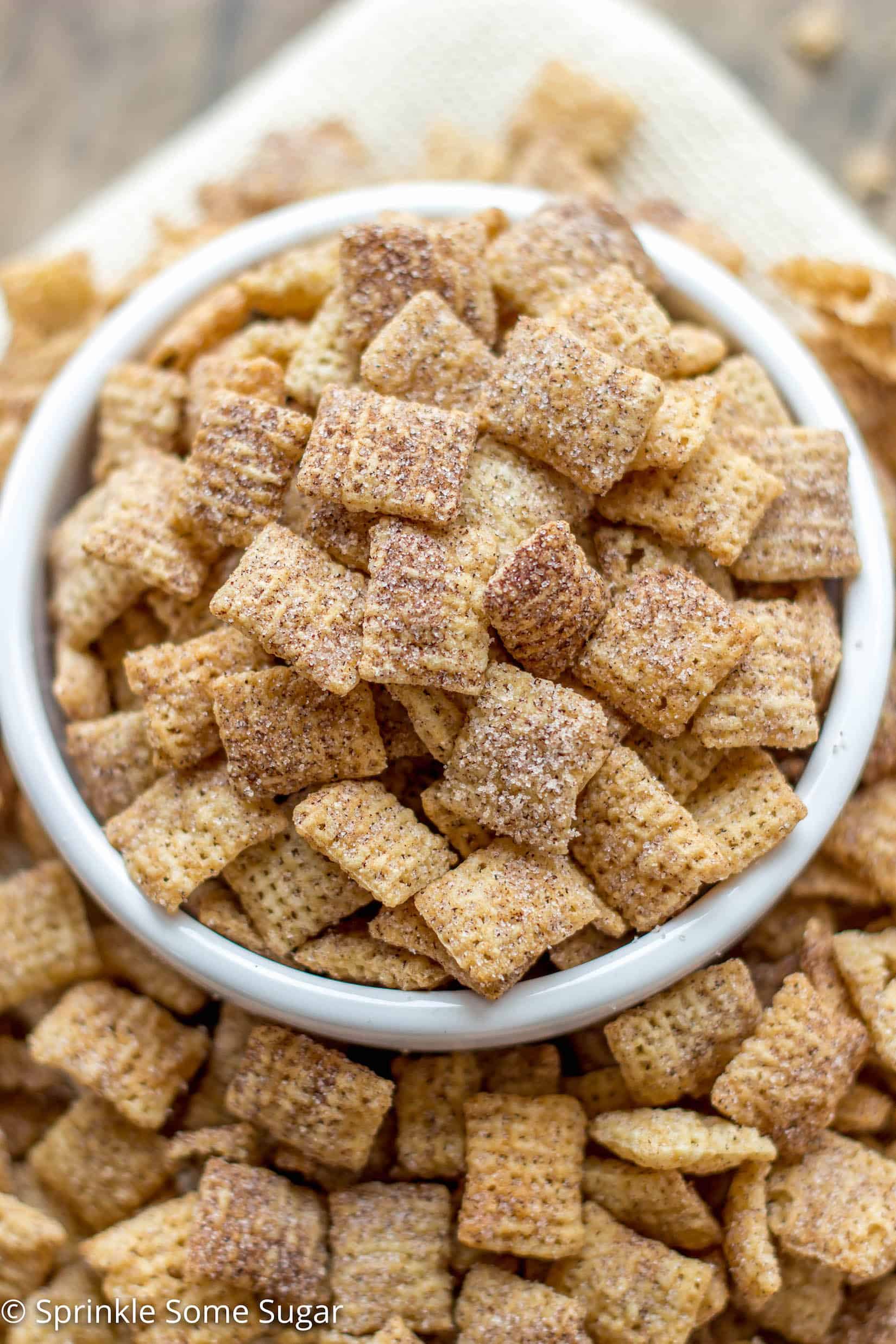 This cinnamon sugar chex mix is crunchy cinnamon goodness. Seriously, I can not keep my hands off of this stuff! I have such a love for absolutely anything and everything cinnamon sugar-related. The sweet cinnamon sugar combined with the buttery cereal is so amazing! TOTAL taste bud explosion. 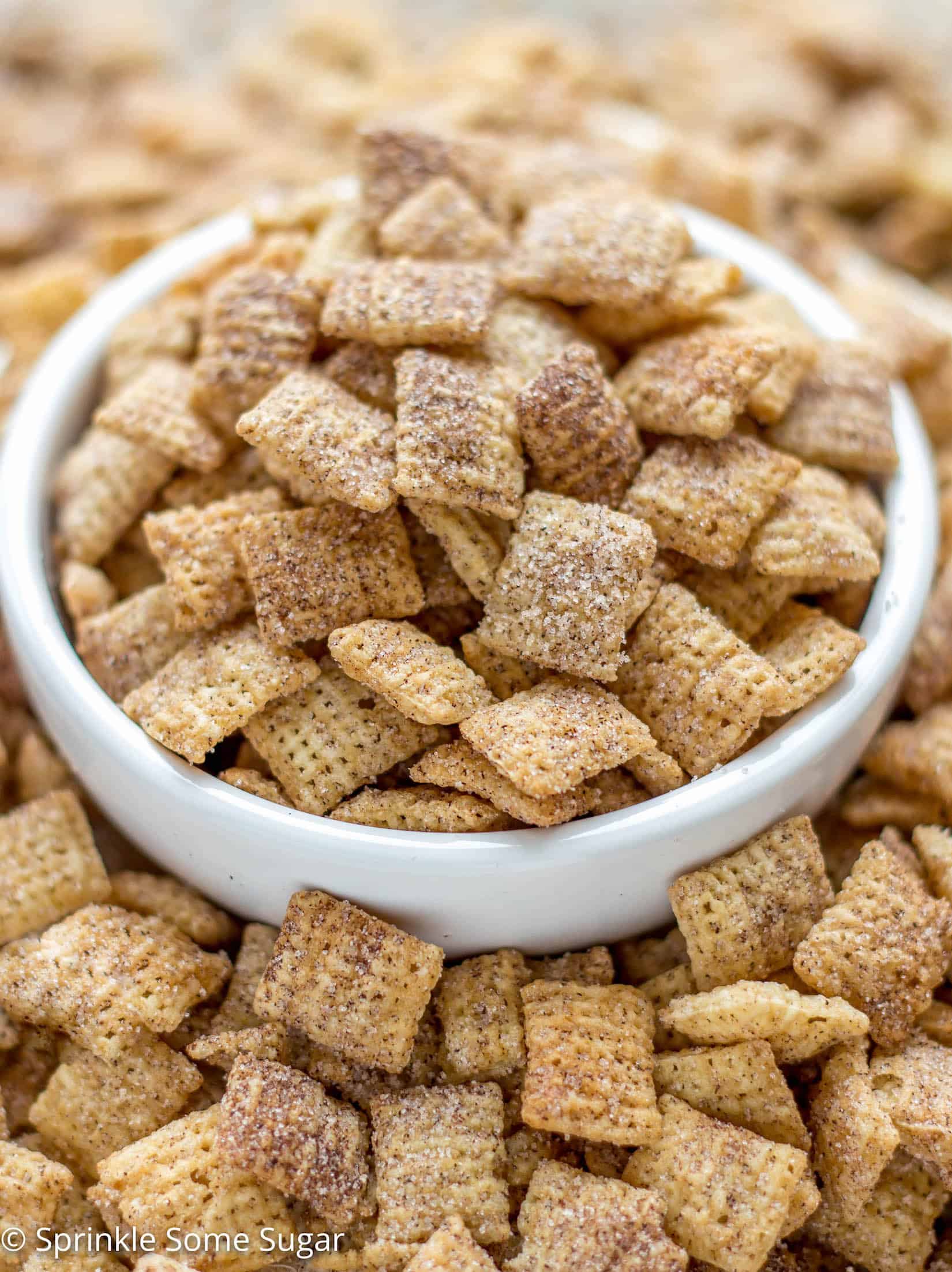