Homemade Monkey Bread – A tender, fluffy homemade dough is smothered in a mixture of cinnamon, brown sugar and butter to create a gooey masterpiece. I bet you won’t be able to stop at just one bite! 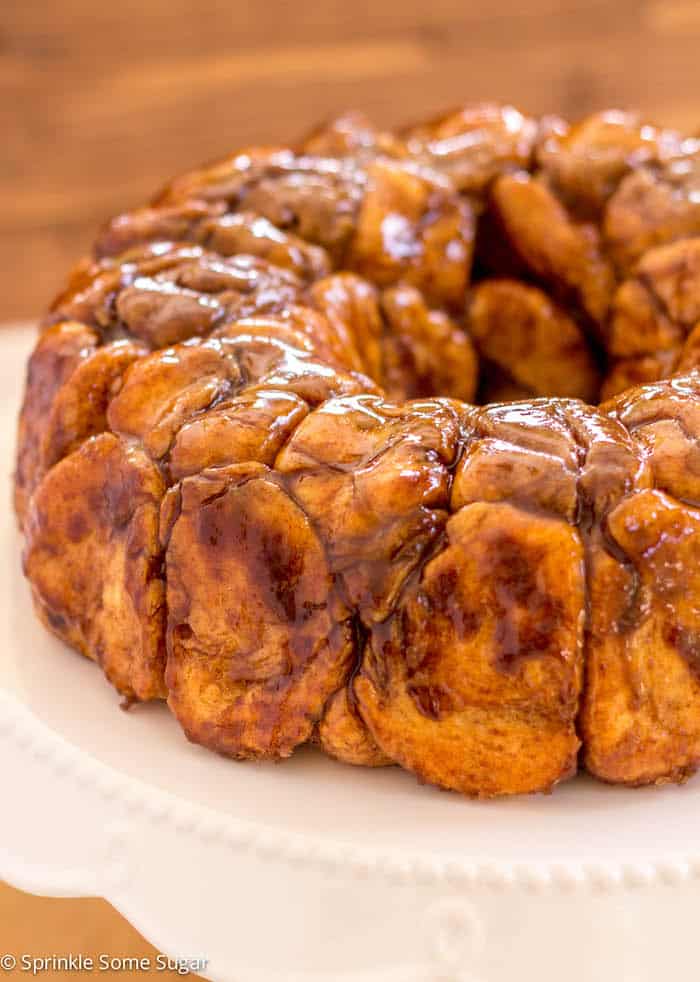 Hey friends! I can’t believe it. We are supposed to get up to TWO FEET of snow this weekend! So far this year we only had a small coating of snow and I normally turn my nose to the snow because I hate being cold. What is worse than cold snow getting into your boots OR soggy wet gloves?! UGH. But, now that I have a child, it’s so much more fun. We love making snow men and all of the fun snow stuff and I’m so looking forward to getting snowed in with my family! Also, I’m 99.9% sure that my homemade monkey bread is going to be making an appearance on this snowy weekend!

This is the most requested dessert in our house and for good reason, it’s to die for! Every piece tastes like the inside of a cinnamon roll and we all know that’s the best part! Every time I flip my monkey bread over my jaw drops every time. Nerd much? Maybe. But just wait until you see the beautiful sight that is the gooiest monkey bread and I bet you’ll do the same. The brown sugar mixture caramelizes and sinks to the bottom of the bundt pan while baking, which ultimately becomes the top and once it’s flipped, it runs down the top and sides sinking into each crevice making it the ultimate gooey treat! 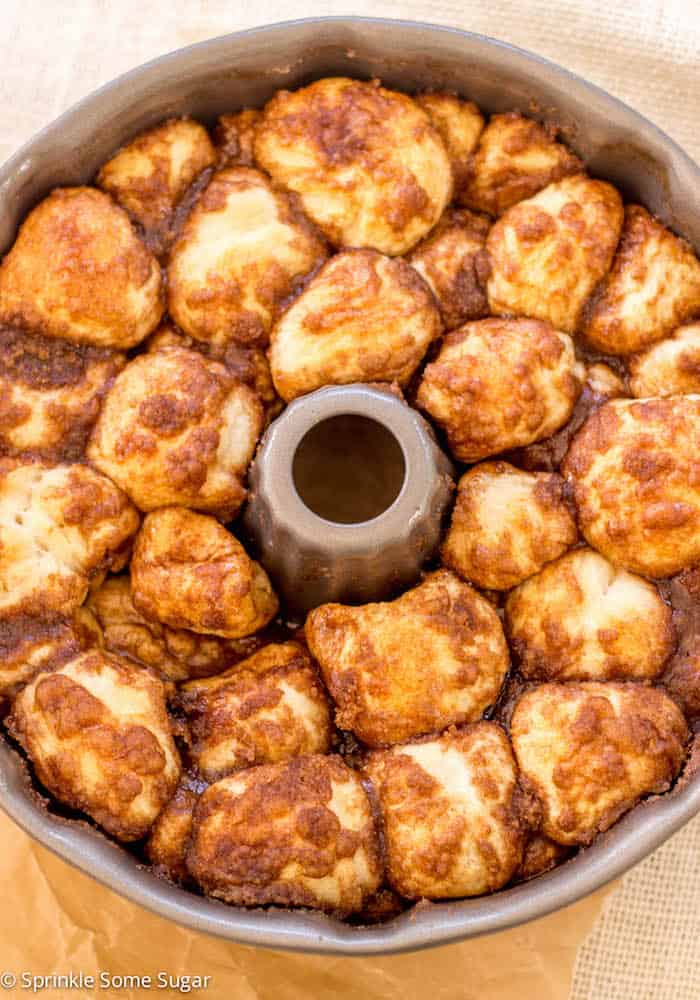 The homemade dough takes this entire monkey bread over the top. There are so many recipes you’ll find online that use store-bought biscuit dough and while I have succumbed to using them when I’m in an absolute pinch (because ya know, your family can have an absolute need-to-have-monkey-bread-now craving and you’ve got to curb that craving!), it truly doesn’t compare to homemade dough! What you get is soft, tender and fluffy little pillows. I can’t get enough!

To make the dough, everything gets made easily in a stand mixer (or you can prepare it by hand) and you set it to rise for one hour or until doubled inside. You’ll then flatten the dough, cut it up into pieace, roll them into balls and dip them in a butter/cinnamon sugar mixture. They’ll get staggered into a well-greased bundt pan and left to rise one more time until doubled and puffy and then you’re ready to bake it up! To tell if the monkey bread is done, I usually move around a few pieces around the center to see if they are too doughy. If not, you’re good to go! Just do not over-bake! You want your monkey bread to be ultra gooey and delicious, not dry and crumbly. 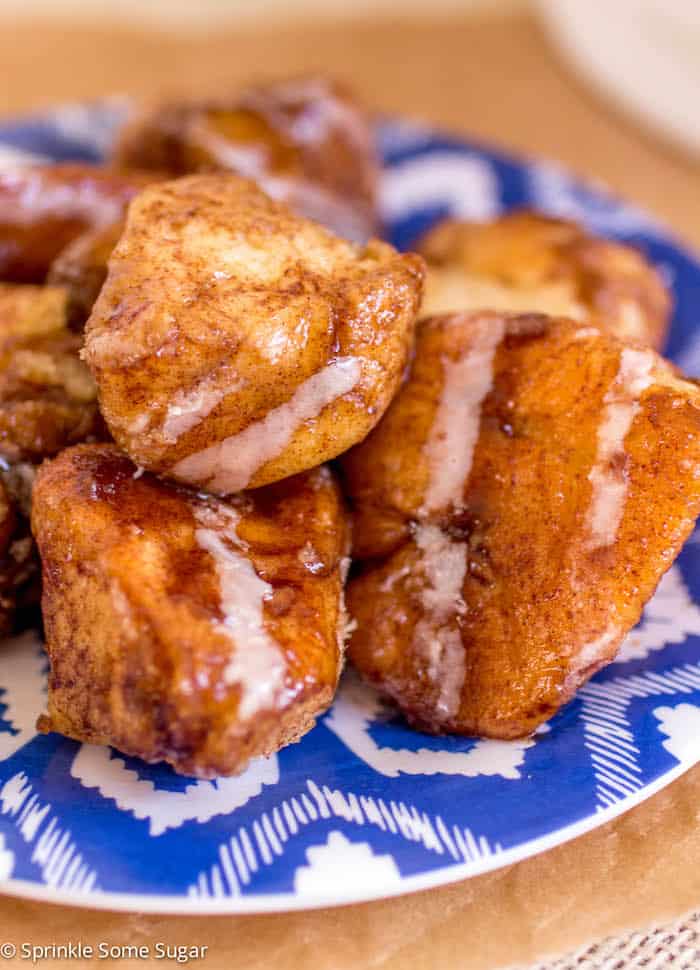 To add to the sugar coma that is most likely coming on, pour a little vanilla glaze on top of each serving for the ultimate cinnamon roll experience!

The Best Monkey Bread {Ever}