Fluffy spiced donuts spiked with apple cider and rolled in cinnamon spice sugar. They’re baked rather than fried and you won’t miss it! 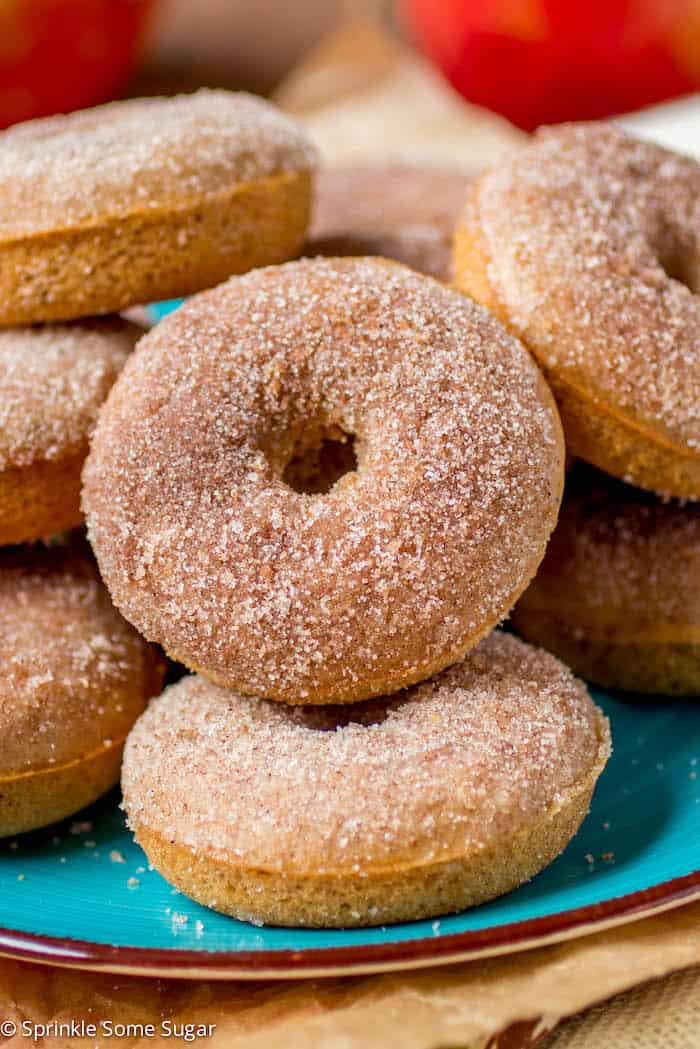 I am super excited for this weekend. I’m in my cousin’s wedding and I know it’s just going to be a blast! I’m so happy and excited for her because she is seriously such an amazing person who would literally give you the shirt off of her back. She deserves nothing but the best! Also, this is the first WHOLE weekend I’m going to be away from my son though, I’m not sure how I feel about that. I’m 99% positive I’m going to cry when I leave tomorrow.. But I know he’s going to be in great hands with my in-laws, they’re amazing. Anyways, before I go, I will leave you with this: Baked Apple Cider Donuts.

Even though it’s not Fall anymore, who says you can’t still enjoy apple cider?! This donut recipe is one of my absolute favorites and I’ve transformed it from regular cinnamon sugar to pumpkin. It’s always a winner every time! The donuts come out super moist, perfectly tender and have SO much spicy flavor with a little sweetness from the apple cider. They’re insanely delicious! And addicting. Don’t say I didn’t warn ya! 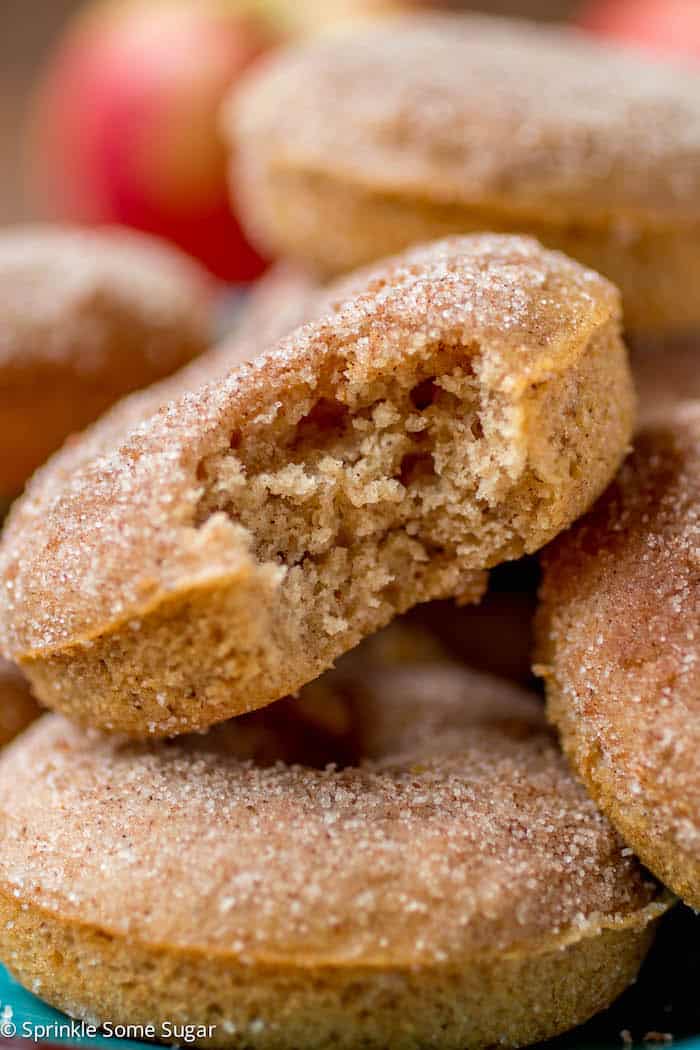 To make these donuts you’ll need a donut pan. When I first bought my donut pan I thought I would never use it but I use it all the time. There’s just nothing like homemade donuts! If you don’t have a donut pan, you can use a mini muffin pan and make donut “holes”.

You’ll start by mixing the donut batter and piping it into the donut molds. I like to pour my batter into a ziplock bag and snip the end off to distribute my batter instead of spooning it in because it makes life a whole lot easier. Bake them up until they are lightly golden and spring back slightly when you touch the tops and you’re ready for step 2. Cinnamon sugar time! You’ll them dip only the tops into some melted butter very quickly while the donuts are still warm and then right into the cinnamon + nutmeg sugar mixture.

The smell of these apple cider donuts is so intoxicating, I dare you to stop at just one! I know I can’t. Especially when they’re warm straight out of the oven.