These donuts give you all of the same flavors of a gooey cinnamon roll in an easy to prepare, delicious baked donut! 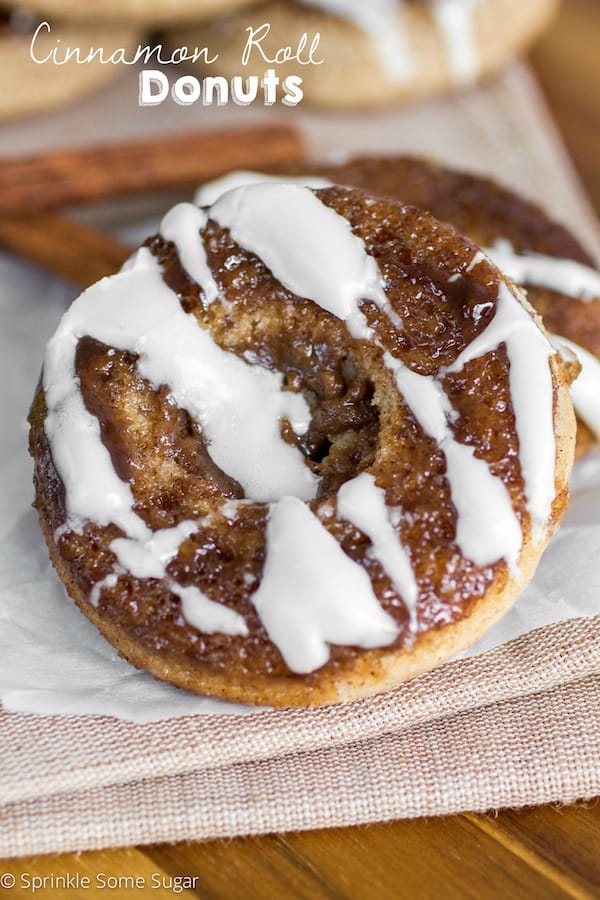 Baked donuts are something I discovered last year (talk about late to the party..) and they’re now my absolute favorite way to make donuts. My little workhorse of a donut pan has been put to use for donuts like these and these. If you don’t have one, you’ve got to get one! For under $10, you just can’t beat it. I have a recipe on here for SUPER easy fried donuts (which is one of the most popular “recipes” on my site!), but baking them is just so much faster and more convenient. ESPECIALLY when you can have donuts that taste like cinnamon rolls. In under 30 minutes. I’ve seen a few variations of these donuts on the web, but this recipe from Buns In My Oven really caught my eye, hers look SO amazing. What’s even better than the way these look, is how they taste. They really taste like cinnamon rolls! I was amazed. It’s like cinnamon rolls and donuts got together and had a baby. And I’m totally not complaining!

The donuts are lightly spiced and the cinnamon topping just seals the deal for a true cinnamon roll experience. They come out so tender and delicious, I can’t get enough! A generous drizzle of a sweet vanilla glaze on top doesn’t hurt either. 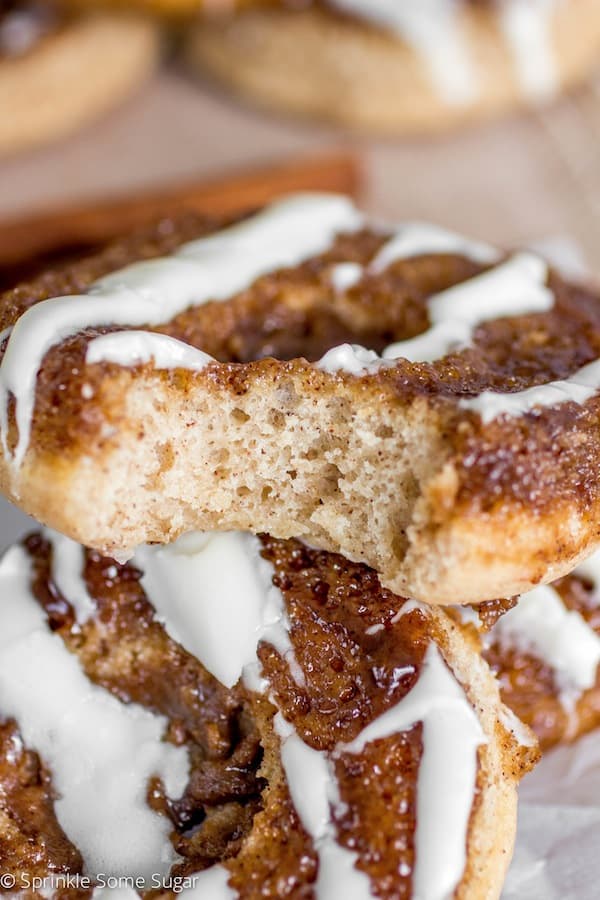 These donuts are going down as my all time favorite baked donut recipe (until I find a new one, which will be hard to beat this one) because they are one of the most delicious things I have ever eaten. The end. Make these now.

Notes:
You can create homemade buttermilk by using 3/4 cup whole milk (or any kind of milk) + 1 tbs white vinegar. Allow it to sit for 10 minutes until thickened slightly or "soured", then it is ready to use. I use this method in almost all of my recipes that require buttermilk.

Recipe from Buns In My Oven.