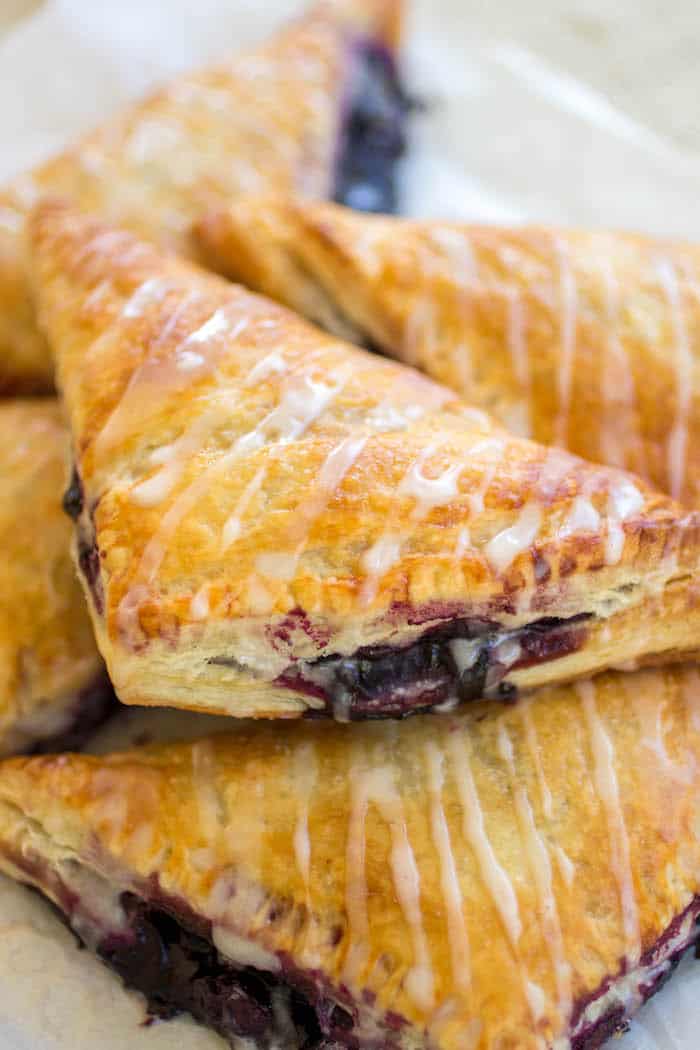 Breakfast pastries are my love language. I love going to bakeries and picking out all of the delicious stuff. My favorite are the fruit-filled pastries with flaky crusts. UGH, so good! They’re so good for breakfast with a cup of coffee. These blueberry turnovers are SO good and SO simple to make. I feel like I say that about everything, but really, so easy. 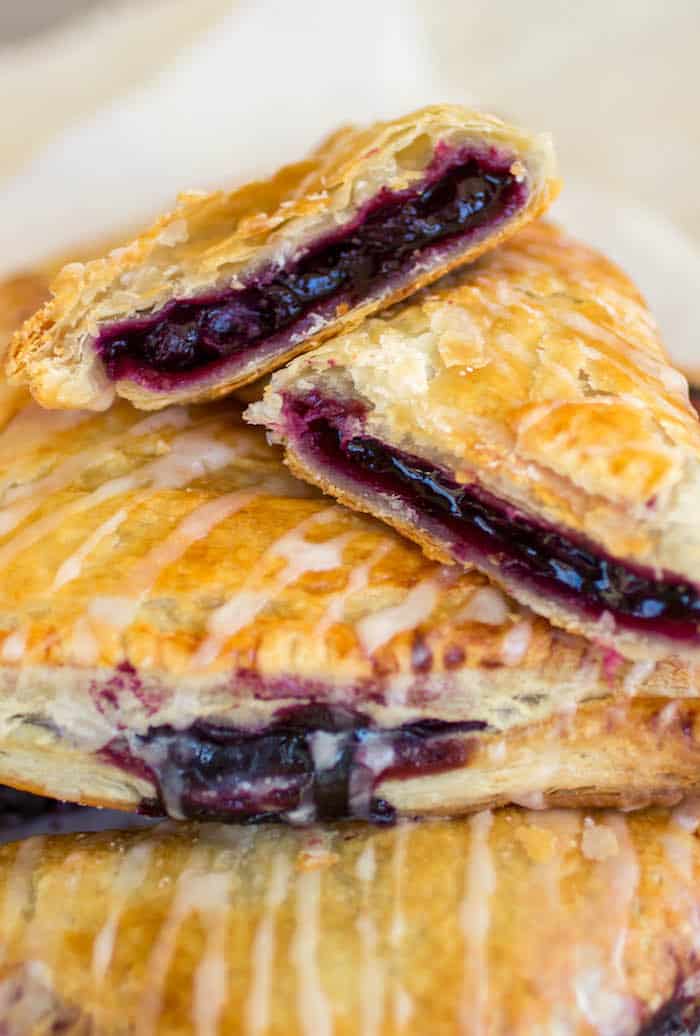 The dough I used is store-bought and you would NOT even know it! Wewalks puff pastry dough is honestly the best dough I’ve ever tried. I’m not being paid to say these things, it is simply the best ever. It comes out crispy, flakey, buttery and just so, so perfect. You know you have an awesome puff pastry dough when there are little flakes on your lap leftover from each bite. 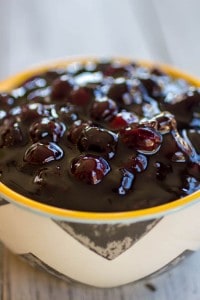 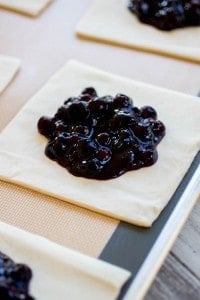 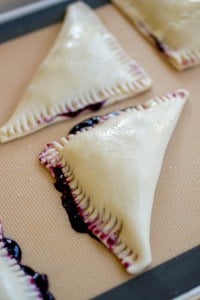 The filling is homemade and is prepared by using frozen blueberries. You heat them on the stovetop along with some lemon juice and sugar until they are nice and juicy and saucy. You’ll stir in some corn starch + water and gently boil it to thicken it up. And that’s it! Pretty simple and 100x better than buying store-bought preserves. 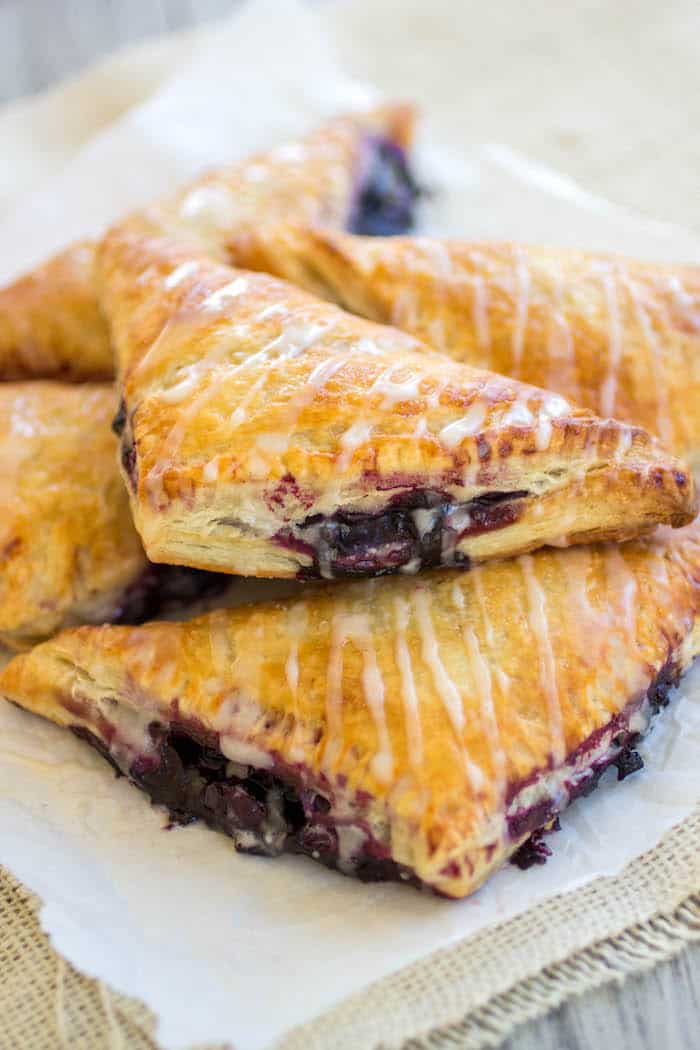 Just wait until you see or SMELLLLL them coming out of the oven – it’s pure gooey, golden bliss!

Heat berries, sugar and lemon juice on the stovetop in a medium-sized saucepan on low heat for abut ten minutes or until the berries start releasing their juices, stirring frequently. Once there is a lot of juice, mix cornstarch and water together and stir into the blueberry mixture. Bring to a gentle boil and simmer for 2-3 minutes, stirring constantly until thickened. Cool filling until warm to the touch before filling dough.

Take your puff pastry sheet and cut it into 6 equal squares. Distribute filling evenly in the center of each square. Whisk egg and water together in a small bowl and brush on the edges of the dough before folding over into a triangle shape and pinching the edges closed with a fork. The filling might squish out a little bit, but that's okay. Brush the tops of the triangles with more egg wash and sprinkle tops with sugar.

Preheat oven according to puff pastry's manufacturer's instructions and bake for 15-20 minutes or until light golden brown. Allow them to cool slightly. Prepare glaze while they are cooling. Whisk confectioner's sugar, vanilla and cream or milk together until smooth. Drizzle over warm pastries.

Blueberry Turnovers will stay fresh for up to 3 days stored in an airtight container at room temperature. To crisp them up again, place in a toaster oven for a few minutes and they are good as new!