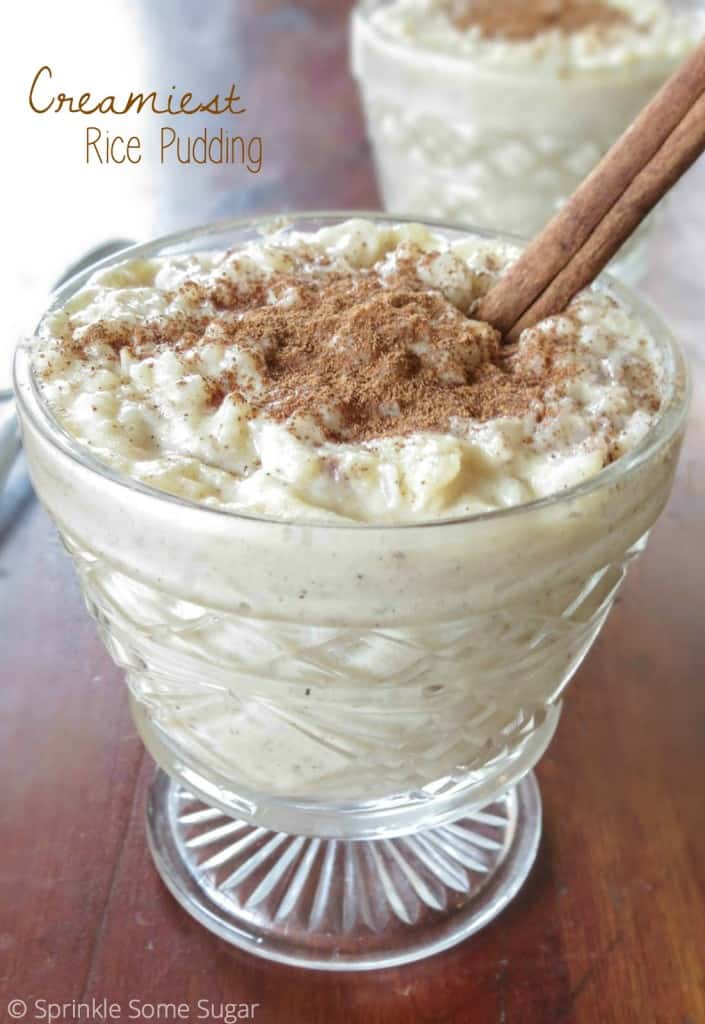 This is the creamiest rice pudding ever. It’s so rich and the flavors are absolutely amazing! I’m going to be honest, up until a few months ago, rice pudding just really freaked me out. Every time my grandmother would make it, I would try it I would hate the texture of the rice. The only part I liked was the cinnamon on top. I think this was because every time I had rice pudding, it was not homemade! For some odd reason even though I wasn’t the biggest fan of it, for the past week I have had such a hankering for it!! So I decided to create a homemade version. OOOMG. Let me tell you. It is ah-mazing. Seriously guys. From the vanilla flavored pudding base, to the soft rice to the cinnamon in and on top – ahhh so good. 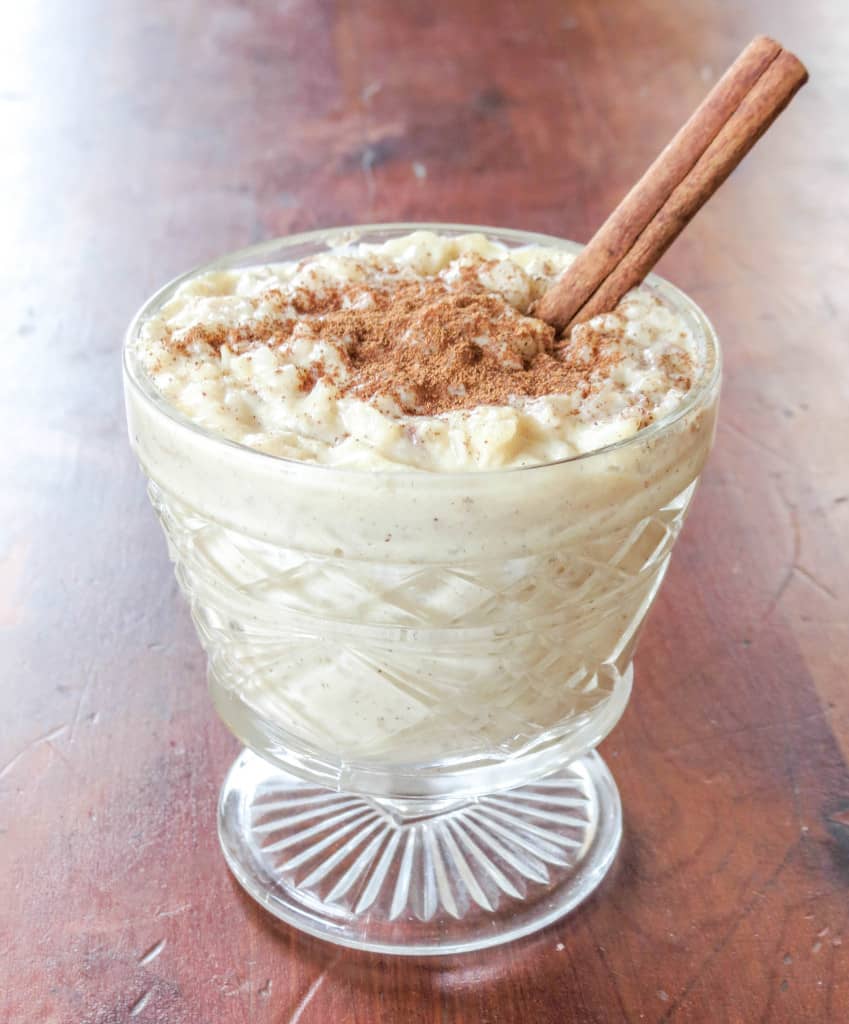 In my recipe I added egg yolks instead of whole eggs because I thought about my chocolate pudding recipe and it calls for all yolks. It’s amazingly creamy and I wanted this pudding to be as creamy as possible so that’s what I used in this recipe, but only used two. Egg yolks also create an incredible amount of richness. It is just the right balance of creamy and rich without being too much.

This pudding is addicting. Sooo addicting. Taking these photos was extremely difficult because I was trying so hard not to steal spoonfuls of it (which I wound up doing anyway!). Self control? What’s that? 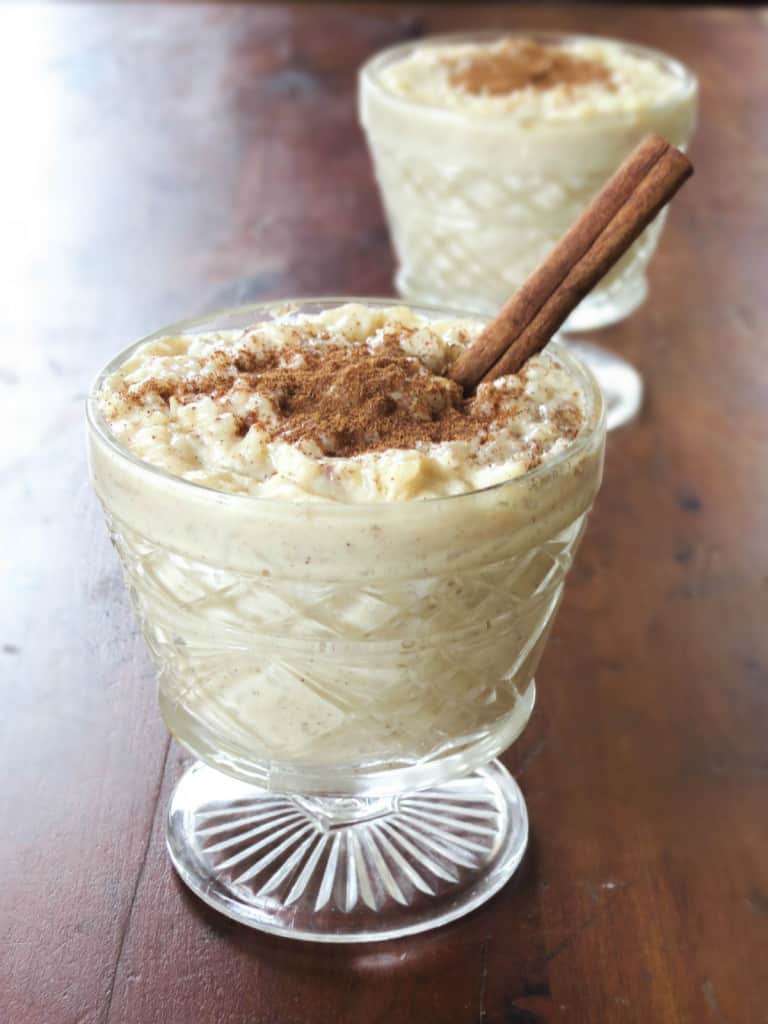 I even had some for breakfast yesterday! It’s really good warmed in the microwave just for a few seconds.

The rice acts as a natural thickener in the pudding so there is no need for cornstarch. After the first addition of milk it’s going to feel like an eterrrrrnity waiting for it to thicken up and it’s going to look like way too much milk but really, it’s not. I was worried myself the first time I made it, but I promise it will thicken up in about 20 minutes! Just have patience. 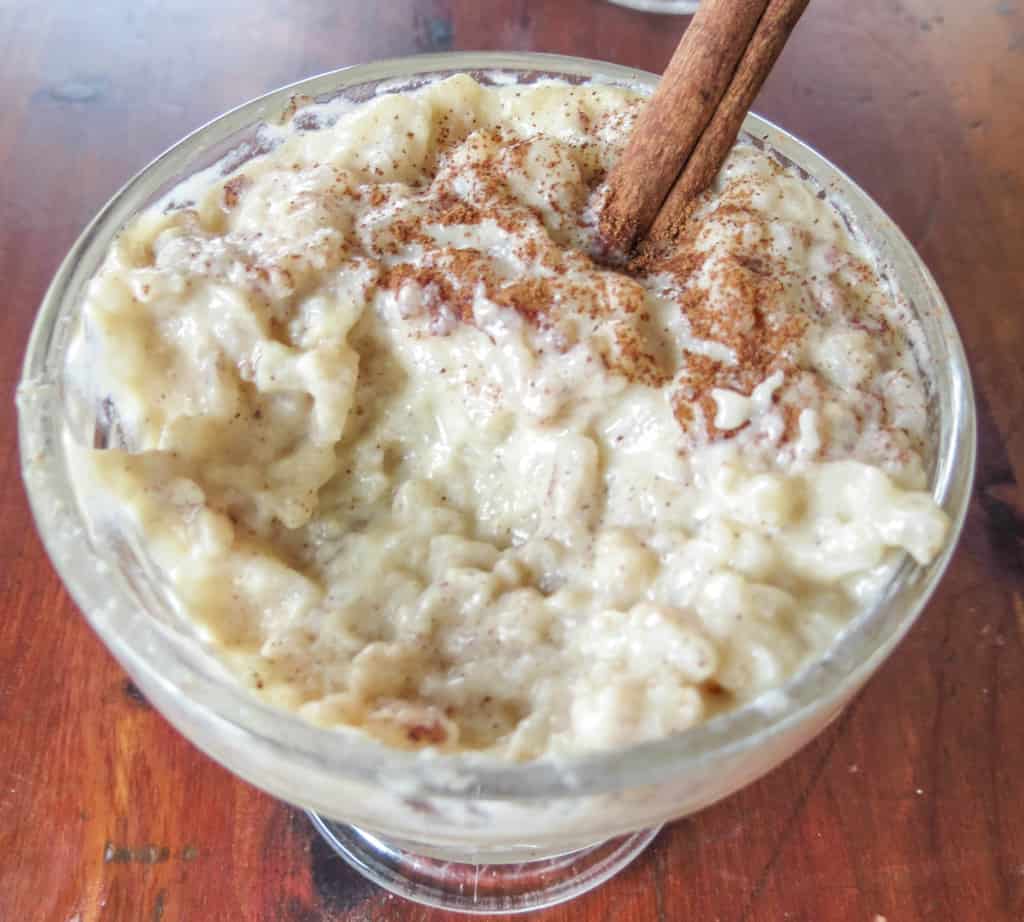 ^ I know that picture looks a little unappetizing, but look how creamy it is!

I added cinnamon into my pudding, that’s optional, but it’s my favorite. I also added a bit of brown sugar, which you don’t normally find in rice pudding but it compliments the cinnamon flavor so well.

If you love rice pudding you will absolutely love my version! It is extremely addicting! Can’t say I didn’t warn ya. 😉

Recipe adapted from All Recipes