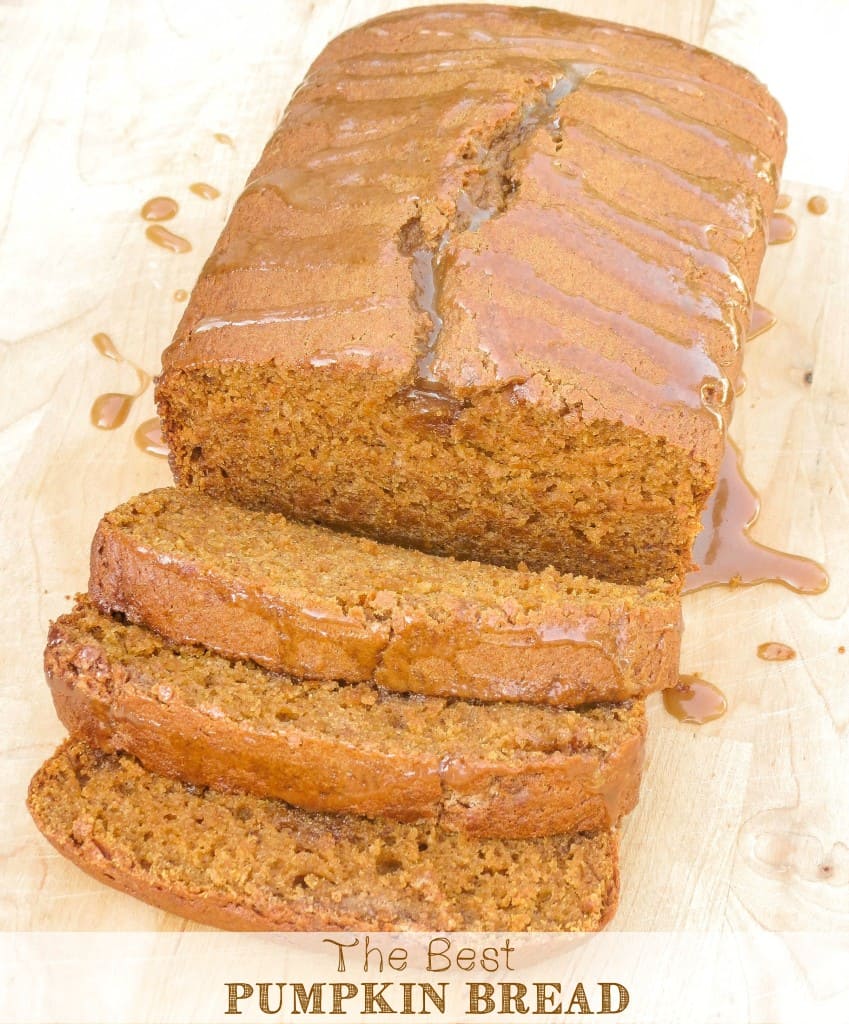 It’s safe to say that I’m just a tad obsessed with pumpkin bread. Or anything with the word pumpkin in it for that matter. Pumpkin bread is perfect for breakfast, lunch, dinner and everything in between. 😉 I mean, can anything be more delicious during the Fall than having pumpkin bread with your coffee for breakfast? For me, I think not! Claiming that my pumpkin bread is the “best” is quite a claim, but try it out for yourself and I’m 100% positive you’ll agree! It’s incredibly moist, perfectly spiced and packed with tons of pumpkin flavor. I made sure to add quite a bit of pumpkin for obvious reasons like flavor but also to make the bread super moist, in which it definitely delivered!

Pumpkin bread is just like banana bread. It tastes infinitely better a few hours later or even better the next day. If I’m serving this to guests on the same day, I always make it at least 8 hours before or most of the time (if I remember), the night before. It is extremely yummy right out of the oven obviously, but if you give the flavors a chance to meld together for a few hours, you will have an even more flavorful, moist pumpkin bread! It’s chock full of my favorite fall spices: cinnamon, nutmeg and cloves. Plus, I used more brown sugar than granulated sugar to make the flavor even richer. There’s not a dry crumb in this bread – absolute perfection! 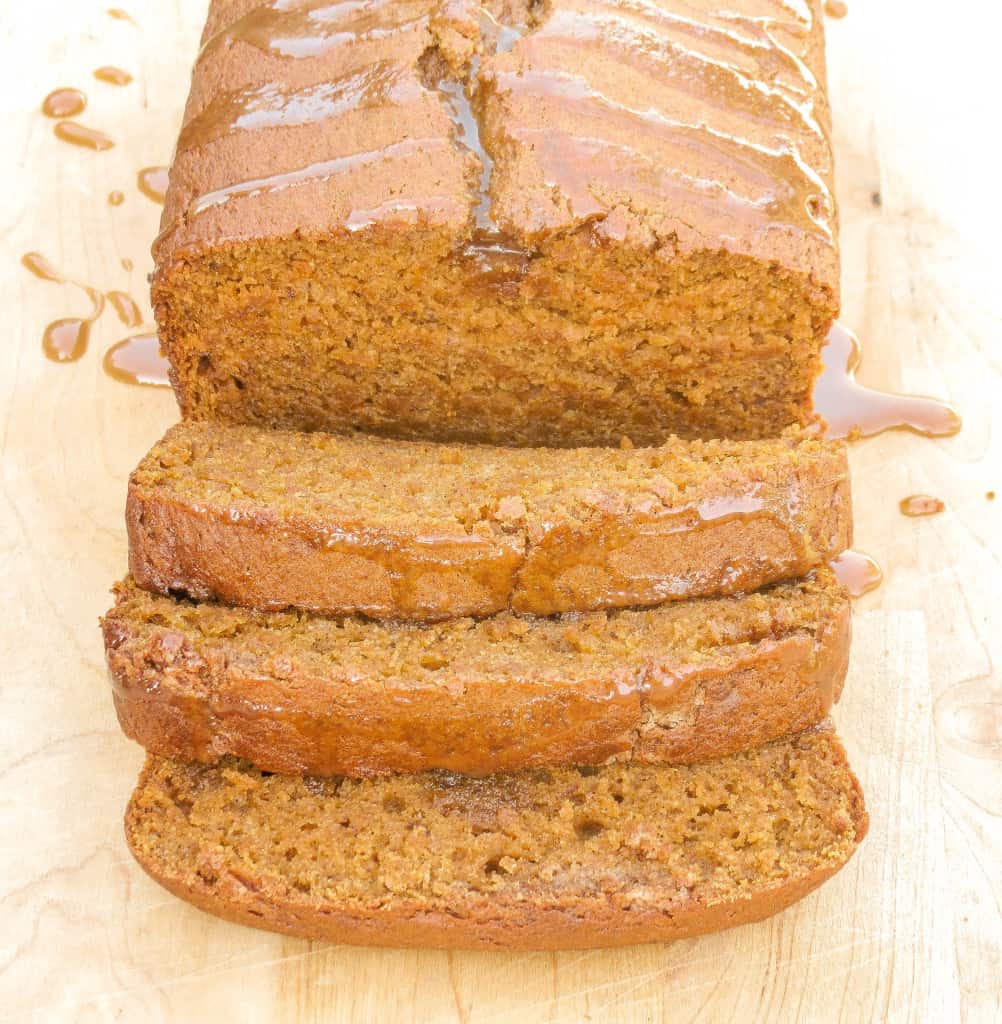 Can we talk about the glaze for a second? Ahhhh, I just want to drink it. It’s SO good. It’s the same glaze I use on my banana bread and it’s my favorite! Can anything be bad though with ingredients like brown sugar, butter and heavy cream? I don’t think you can ever go wrong. You can omit it but.. why would you ever?

I have made this bread multiple times, it’s a no-fail recipe. Just mix all of the ingredients together in one bowl, pour into am greased pan and bake! Super quick and easy and you’ll have the most delicious pumpkin bread ever in just over an hour from start to finish. Everytime I’ve made it, I get massive amounts of rave reviews. The other day when I made it, I got texts from mike’s mother late that night freaking out over it and then freaking out on me because she swore she wasn’t going to have any since she’s trying to eat better. Haha! #sorrynotsorry.

This pumpkin bread is good stuff. You need it in your life like, now.