This coffee cake is the perfect Fall breakfast treat! 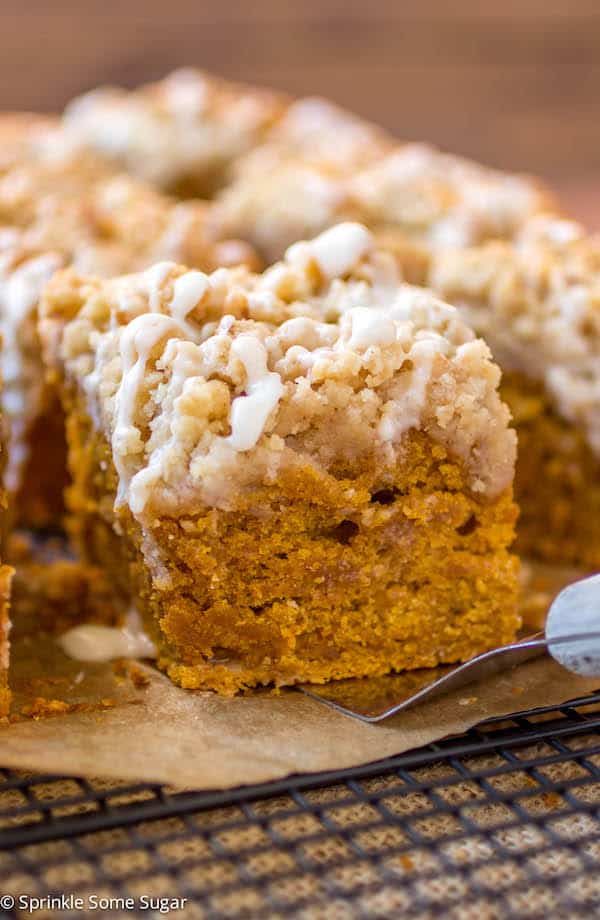 It’s October and I feel like mother nature is playing tricks on us here in New Jersey. It can be 60 degrees one day and 75+ the next. It’s insane! I mean, I don’t mind the warm weather stretching for as long as possible, but it’s getting a little crazy. You know what else I don’t mind? Pumpkin season! We’ve gone pumpkin picking 4 or 5 times already and I still feel like the Fall festivities can’t end yet. I always send my friend places for us to go with the kids and she finally put the hammer down and told me I’m getting a little carried away, haha!! But, that doesn’t mean I’ll stop baking pumpkin recipes. This pumpkin coffee cake is one of my favorites! Coffee cake + a cup of fresh coffee in the morning is pretty much the best ever. 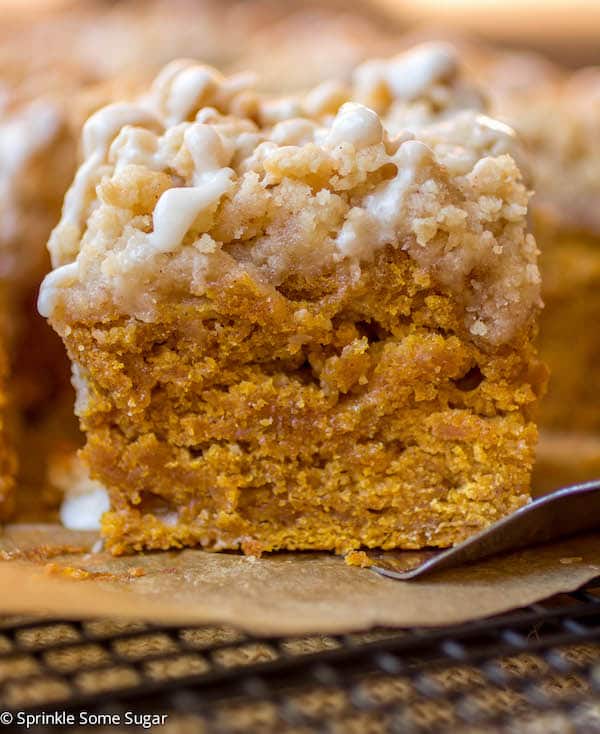 The cake is super moist, slightly dense and crumbly, just as a prefect coffee cake should be! It’s super flavorful due to all of the pumpkin + spices working their magic together. There’s nothing worse than a pumpkin dessert that doesn’t even taste like pumpkin, so I made sure to use a heavy hand with the pumpkin puree for authentic pumpkin flavor goodness. The crumble is sweet and as always, the best part! I love adding the glazed on top to give this coffee cake that bakery flair. 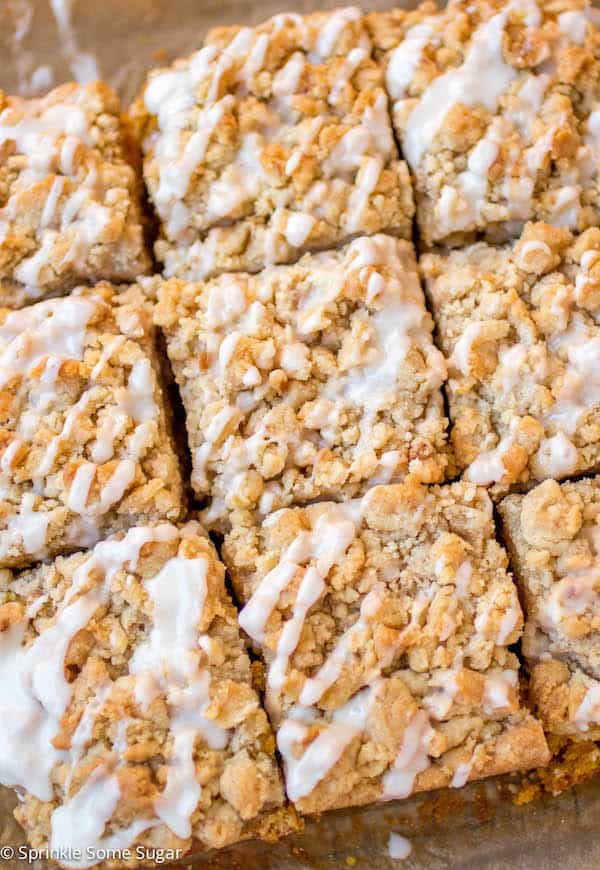 This cake is so simple and as long as you have pumpkin, the rest of the ingredients are pretty basic. You just mix up the batter, pour it into the parchment-lined pan and top with the crumble and bake. It bakes up so tall and amazing. In these photos, I cut mine into 9 pieces but since the cake is pretty tall, you can squeeze out much more than that if you’re serving more people. Each piece is topped with a sweet vanilla glaze that I believe makes the whole thing! 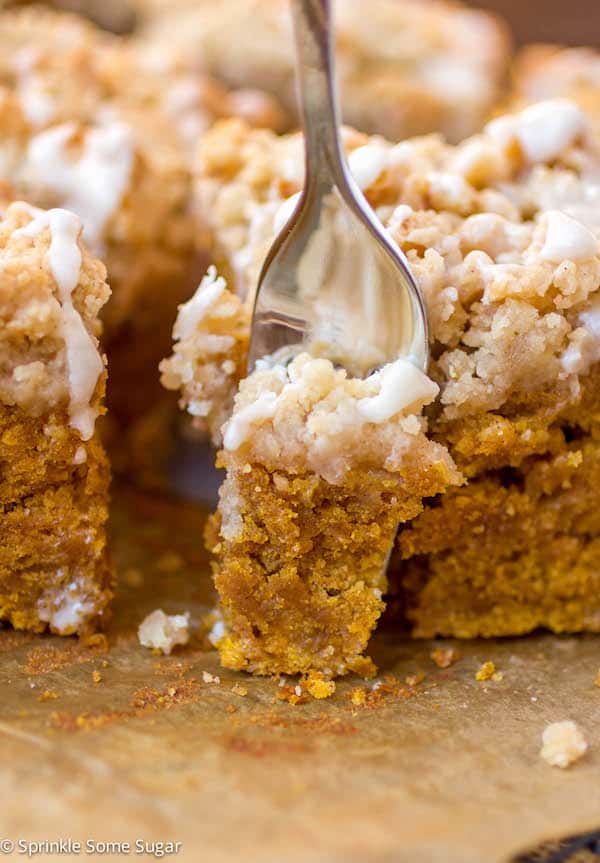 Make this cake for a brunch party, a fun weekend breakfast or just for you and your family to enjoy any day of the week! We loved this cake so much that I had to get rid of it and send some over to the neighbors before I ate it all. You’re going to love it!

Preheat oven to 350 degrees and arrange rack to the center of the oven. Line a 9x9 pan with parchment paper and set aside.

In a separate bowl, whisk vegetable oil, pumpkin puree, buttermilk, eggs and vanilla until combined. Make a well in the center of the dry ingredients, and pour in the wet ingredients. Mix until just incorporated as you do not want to over-mix the batter. Pour batter into prepared pan and set aside.

For the crumble, toss sugar, flour, salt, cinnamon and nutmeg together in a large bowl. Stir in melted butter until crumbly. It will still be wet but you will be able to break it up into smaller pieces. If for some reason it won't crumble, add another tablespoon of flour to the mixture. Crumble the topping over the batter in the pan into an even layer. Bake for 35-40 minutes OR until a toothpick inserted in the center comes out clean.

While cake is cooling, prepare glaze. In a small bowl, combine confectioner's sugar, maple syrup and cream until smooth. Add more or less cream for your desired thickness - I like mine on the thicker side so it doesn't melt into the cake.

*Make your own "buttermilk" by adding 1 tbs of white vinegar to 1/3 cup of milk.