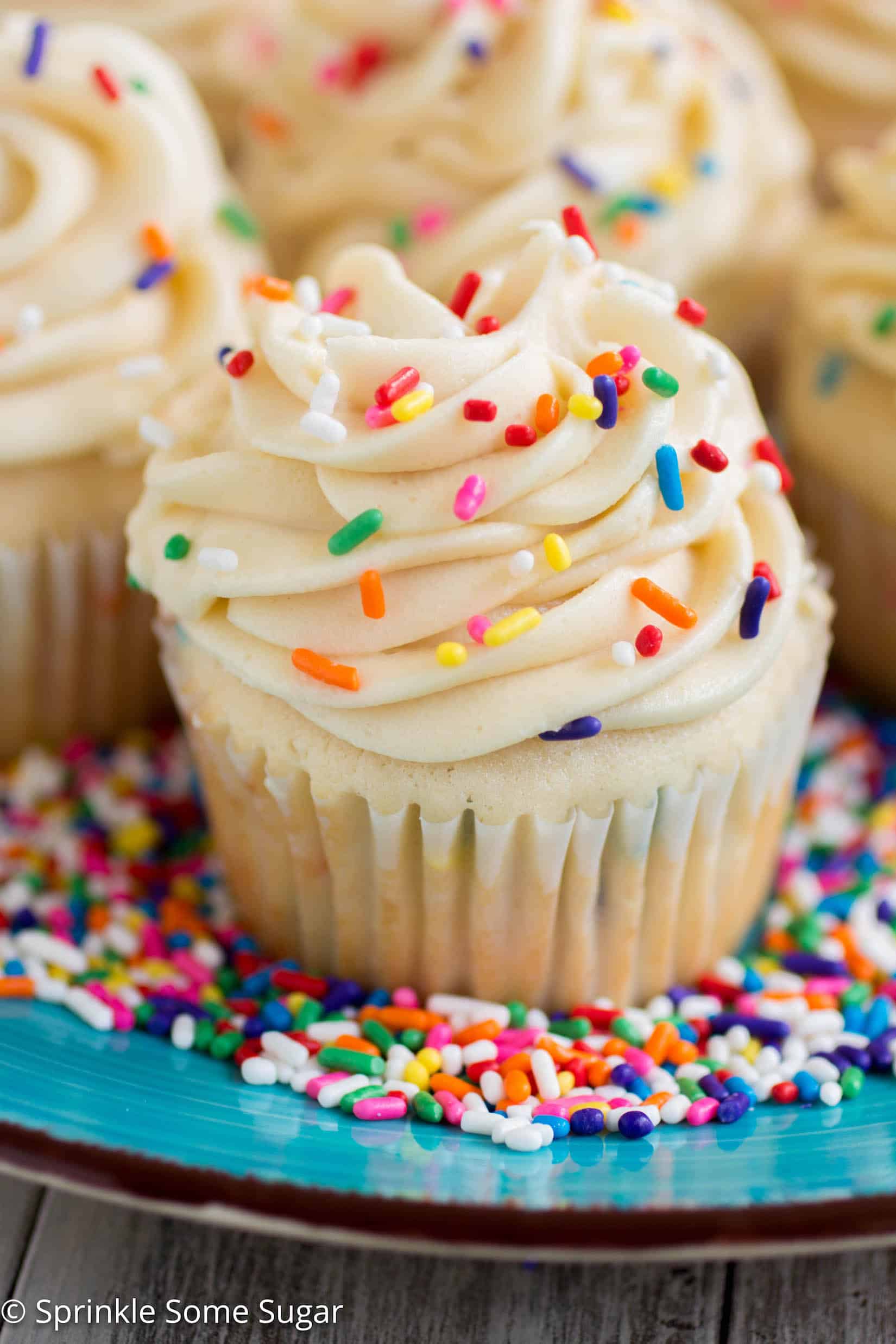 These funfetti cupcakes are my all time favorite go-to vanilla cupcake recipe. They’re essentially a basic vanilla cupcake with a ton of sprinkles thrown in to make them “funfetti.” I’ve tested a what seems like a billion recipes for vanilla cupcakes and they all never really come out the way I’m looking for. They’re either too crumbly, too dry, too dense and thats not what we want. We want light, fluffy, moist (sorry) and tender cupcakes with a bold vanilla flavor and that’s what I’m giving you guys today! 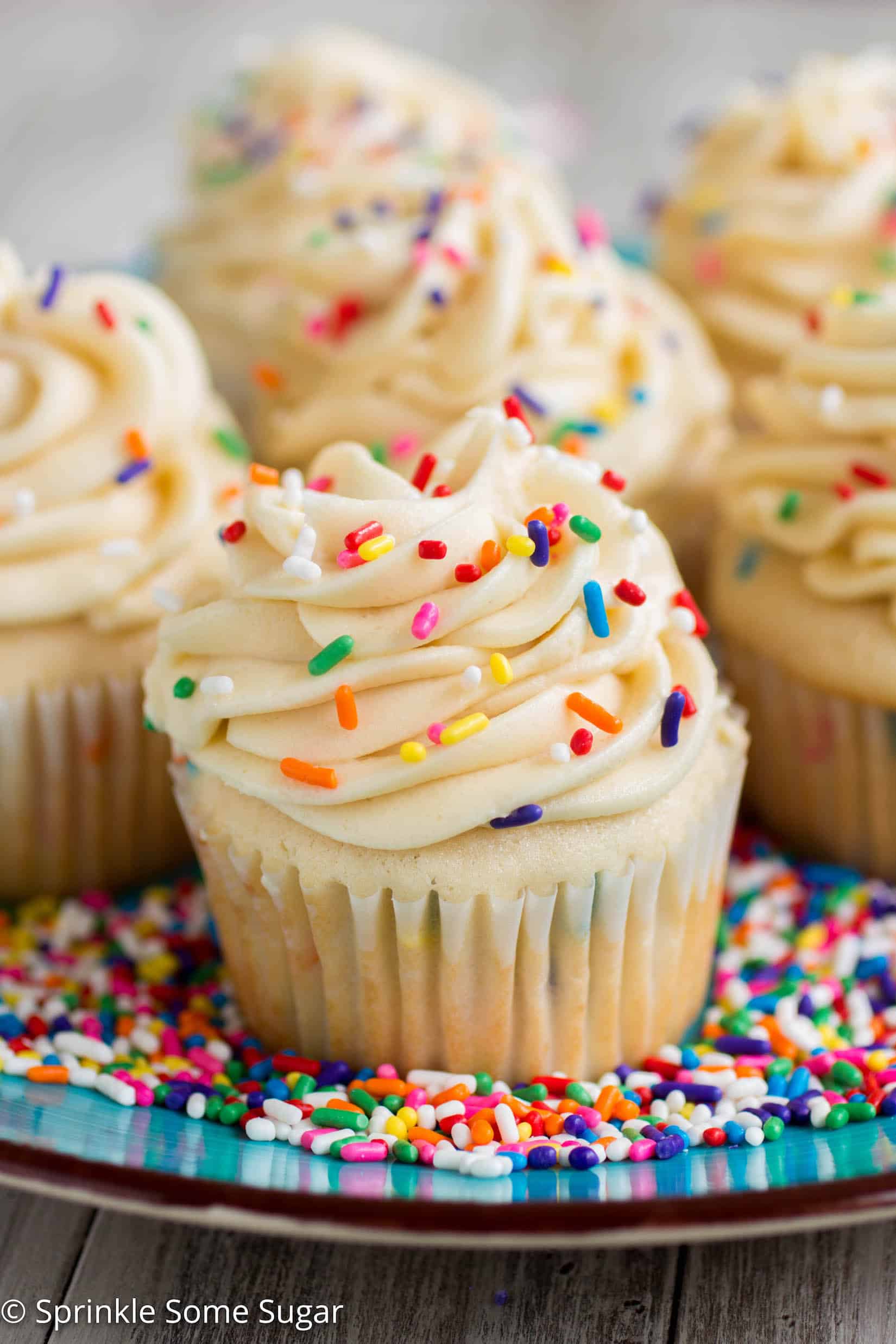 These truly bake up perfectly and are just amazing all around. 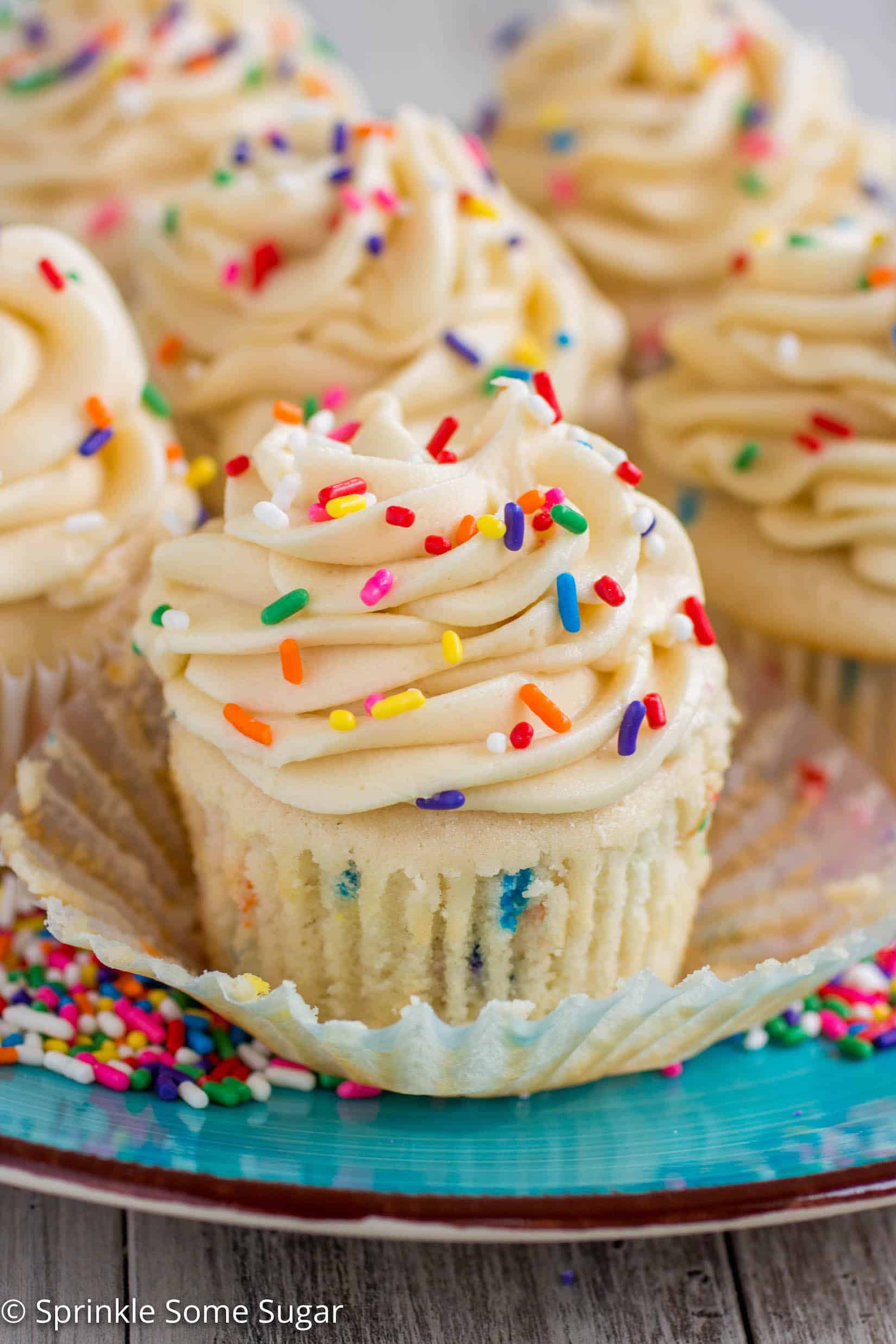 To add a little something different, instead of topping them with a vanilla frosting, I went the extra mile and made it a cake batter frosting! Holy moly, this stuff is good. I could have eaten the frosting by the spoonful. You would think that using cake mix would make the frosting super sweet, but for me, I actually think it balances out the powdered sugar and gives it a really delicious cake batter flavor that’s not overwhelming.

These would absolutely be the star of any party!

Preheat oven to 350 degrees and line a cupcake tin with paper liners. Set aside.

In a medium-sized bowl, whisk flour, sugar, baking powder and salt. Set aside.

In a separate bowl, cream butter and sugar until light and fluffy. Add beaten egg whites, sour cream, milk and vanilla and beat until completely incorporated. Slowly add dry ingredients and beat until just combined. Fold in sprinkles by hand with a rubber spatula. Fill cupcake liners no higher than 2/3 full or they may overflow. Bake for 16-20 minutes or until a toothpick inserted in the center comes out clean. Allow cupcakes to cool in pan for 10-15 minutes before transferring to a wire rack to finish cooling completely before frosting.

While cupcakes are cooling, prepare frosting. In a large bowl, beat butter until smooth with no lumps. Add cake mix, confectioner's sugar and vanilla and beat until combined. Beat heavy cream one tablespoon at a time until the texture you desire is achieved, about 3 minutes until the frosting is nice and fluffy. Once cupcakes are completely cool, go ahead and frost them.