The perfect Summer cupcake! These cupcakes are just bursting with flavor from the tangy lemon cupcakes to the sweet, fresh raspberry buttercream. 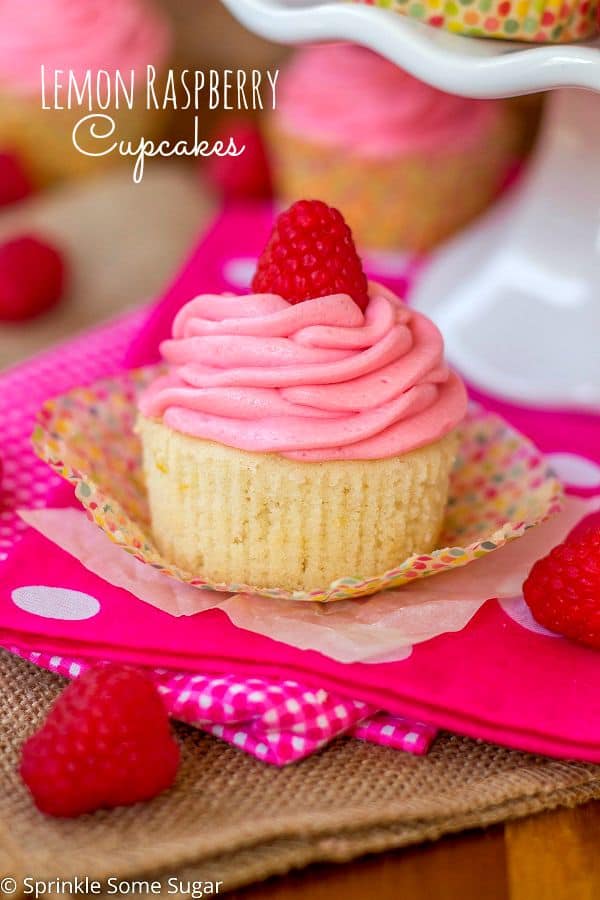 These lemon cupcakes with raspberry buttercream are the epitome of summer! Lemon and raspberry pair so ridiculously well together. I could NOT stop eating these! Normally, I'll test my recipes, try them to make sure they're good, then send them off to family members so I don't over-indulge on them. But these cupcakes were a whole different story. As if I couldn't get enough of lemon desserts already, these really took my love for lemon to a whole different level. The raspberry buttercream is absolutely DELICIOUS and so totally perfect on it. It's made with fresh raspberries that are turned into basically liquid gold. Liquid PINK gold. So pretty! It's total spoon to the bowl delicious that I almost didn't want to frost the cupcakes with it. Just kidding, I'm kind of making myself sound like fatty over here but I'm just letting you guys know, these are danggg good. 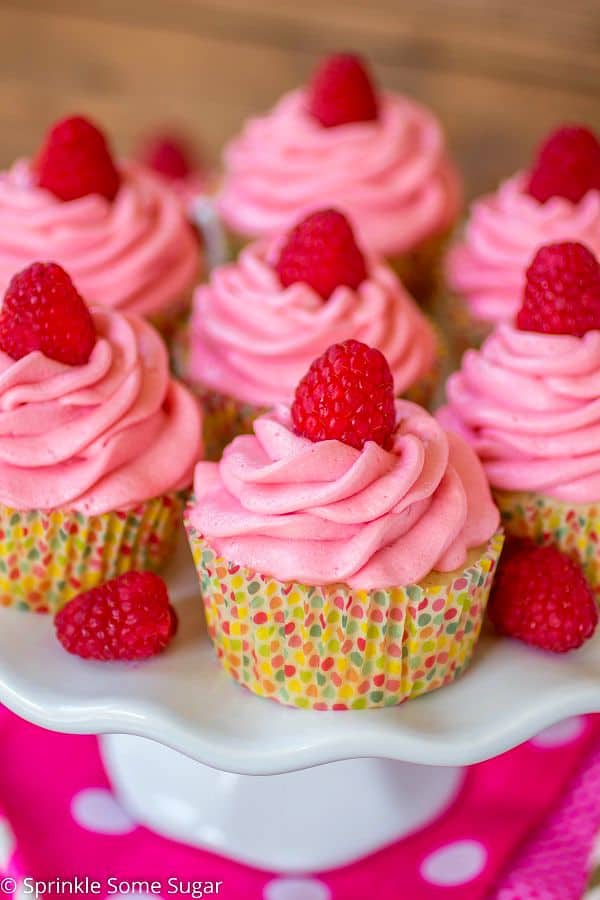 The lemon cupcake recipe is one I've been coming up with for a while, my own recipe! It's a whole bunch of different recipes combined and I really think it is amazing. They're made with fresh lemon zest and juice, giving you a totally fresh and tangy-but-sweet-at-the-same-time cupcake! You can even leave out all of the lemon-y ingredients and up the vanilla extract to make them vanilla cupakes. They are fluffy, yet dense and sturdy enough to stand up to a whole lot of frosting. To me, they're perfect cupcake texture! I know you guys will love these.

The raspberry buttercream as I mentioned before, is made with fresh raspberries. You'll simmer them with a bit of sugar in a small pot and mash the heck out of them to release all of their juices. Once they're juices are released, they're strained through a fine mesh sieve into a bowl and just wait until you see this liquid pink amazingness. Once you whip up your frosting ingredients, this is added to the frosting, giving it a beautiful pink color. There is no food coloring used in the frosting you see here! Just pure, fresh, raspberry goodness.