Hot Chocolate infused with cinnamon, nutmeg and chili powder to give it a depth of flavor you wouldn’t believe until you tried it! 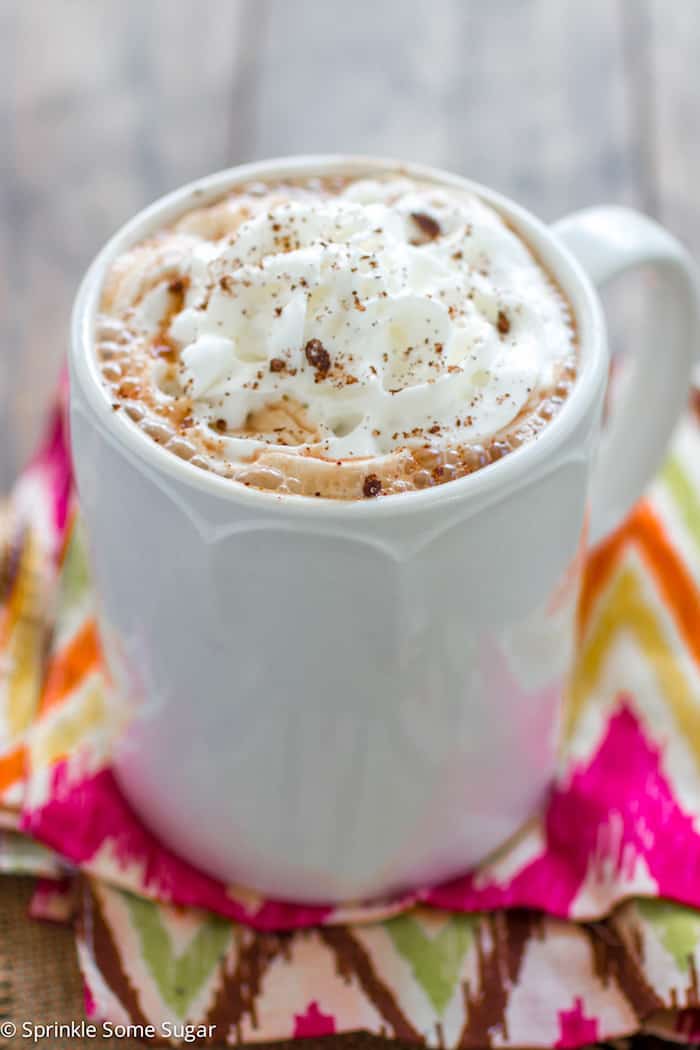 I love me some hot chocolate. All flavors. My favorite way to make hot chocolate is to blend it up with some Oreos while using my homemade hot chocolate mix. Omg, so good. BUT(!!) I think I found a new favorite. What made me wait so long to try Mexican hot chocolate?! I always thought I wouldn’t like it. Cinnamon and nutmeg I could do, but I just wasn’t sure about the chili powder – it sounds so bizarre, doesn’t it? You wouldn’t believe how good this stuff is though! 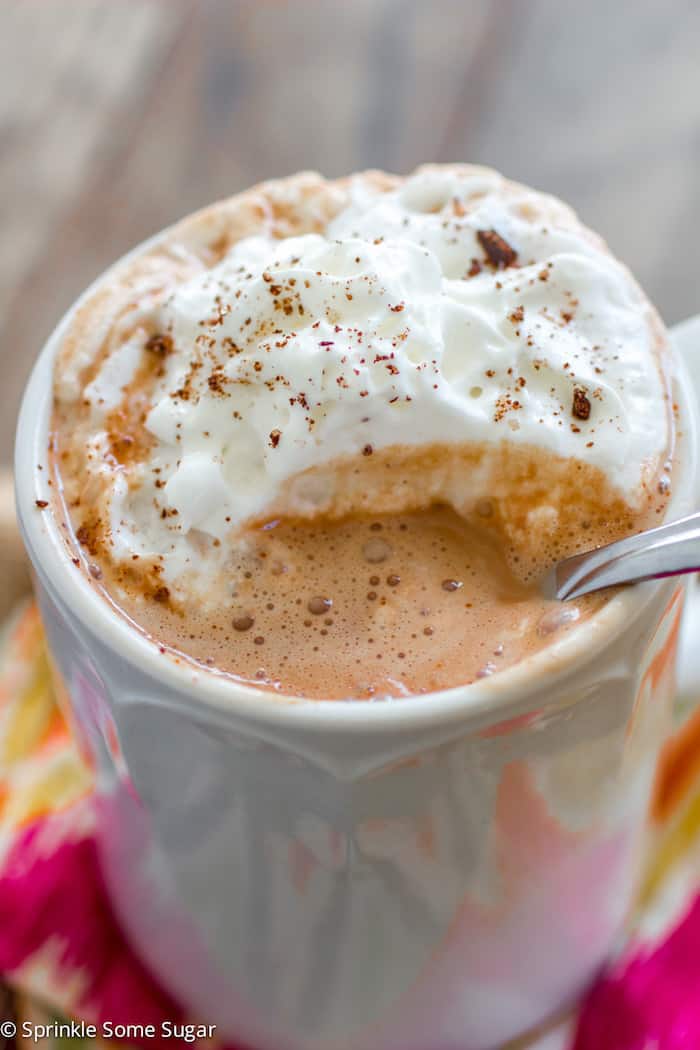 The chili powder is optional, but it gives the hot chocolate a deeper depth of flavor plus a teeny tiny kick at the end. It’s delicious. 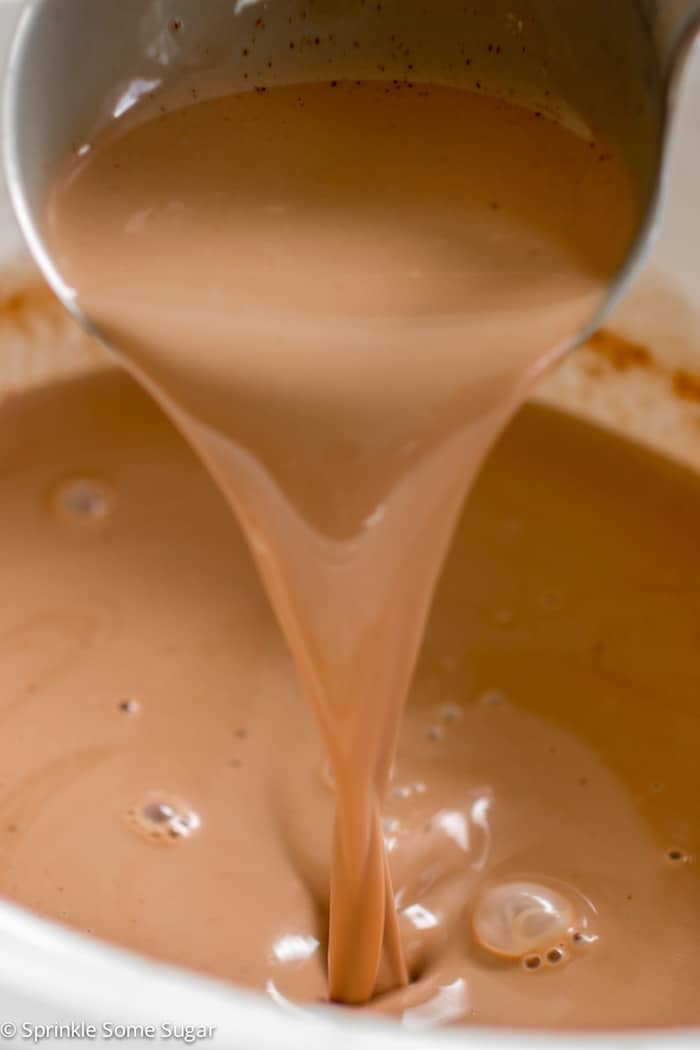 This recipe makes a pretty large batch and it’s prepared right in your slow cooker. Perfect for large get togethers. Once it’s ready, you can set it to warm and simmer it all day so it’s there when you want it. Even though it’s April, it’s still pretty freezing here in New Jersey, so I’ve been enjoying this quite a lot lately!

In your slow cooker, whisk sweetened condensed milk, heavy cream, whole milk and spices together until combined. Stir in chocolate and cinnamon sticks. Set to low and cook for 2-3 hours, whisking every hour or so. Once the chocolate is melted through, remove cinnamon sticks, whisk it well and serve. If not using immediately, set crockpot to warm until you are ready to serve.