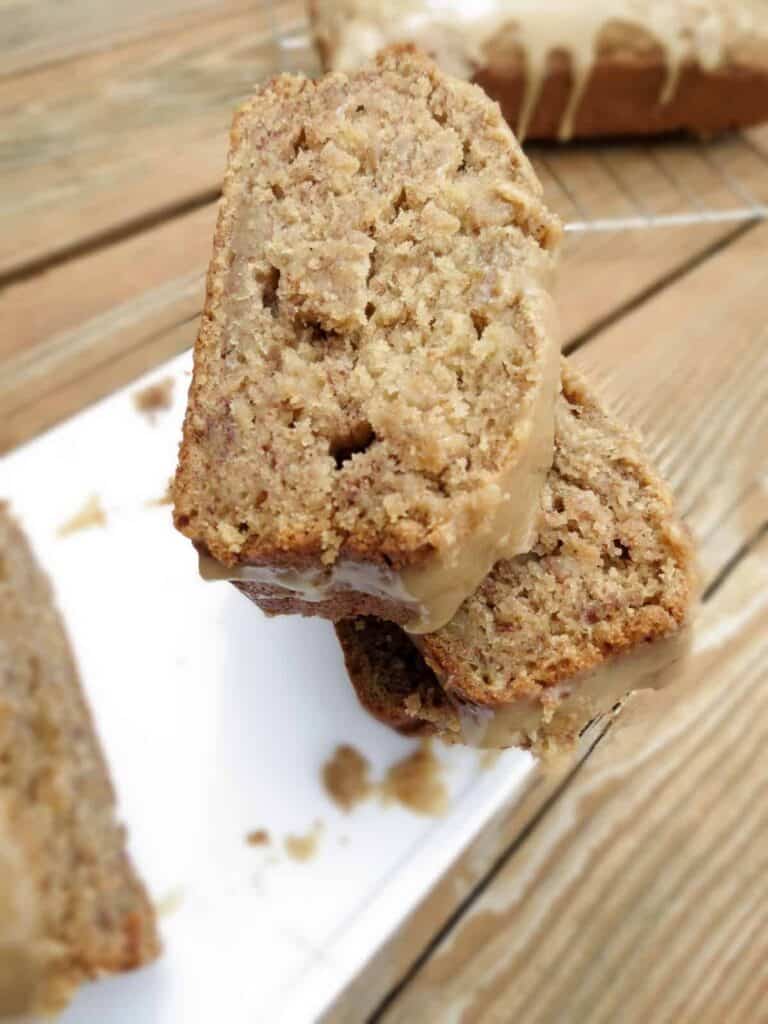 THE best banana bread you will ever have. I know, that’s a pretty bold statement, but if you try it for yourself, you will agree with me! This is the most flavorful and moist banana bread I’ve ever had. And in mine and my family’s opinion, it is truly the best! Maybe that’s because there are FIVE whole bananas in this bread. Oh, and some vanilla pudding mix. I think the pudding mix is what really makes this banana bread stand out from the rest. It adds a slight amount of flavor and together with the amount of bananas used, they really make this banana bread SO incredibly moist. 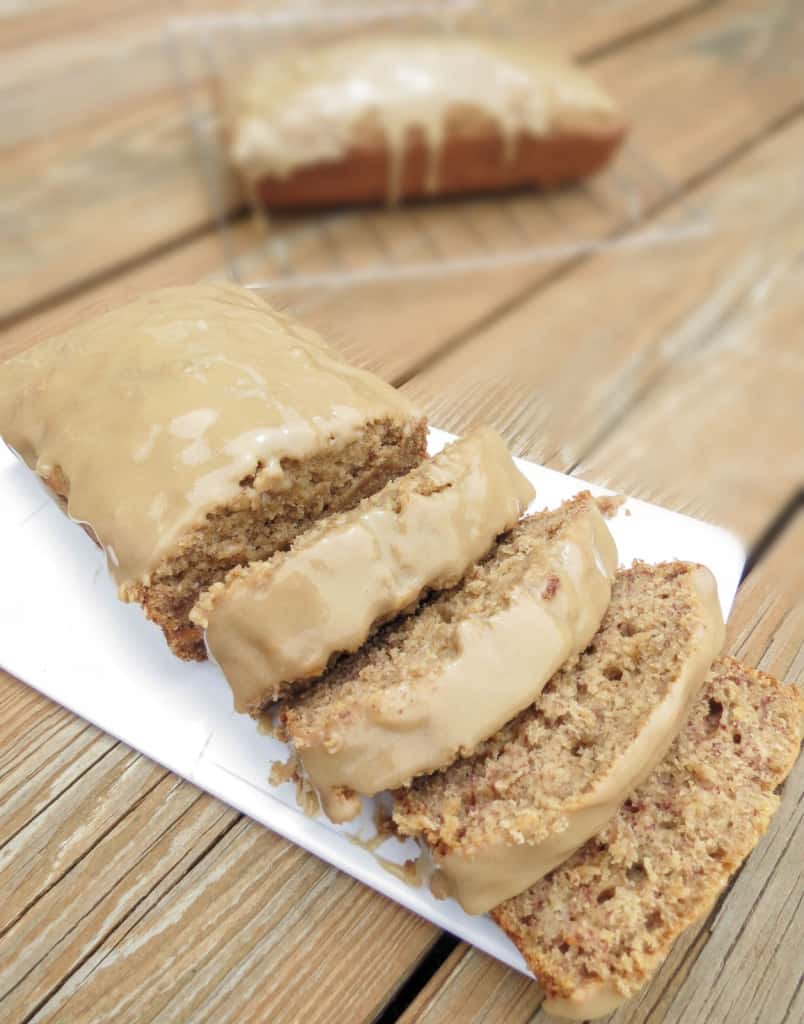 Also, added to the moistening agent list, I used all brown sugar. In cookies, a higher ratio of brown sugar to granulated creates a super moist and soft cookie and it does the same for banana bread, which is why I completely omitted the granulated sugar and went straight for the brown. AND the sour scream in this recips also adds so much great moisture. That’s FOUR moistening agents people! This bread is just unbelievable. I made these on Friday and served one of the loaves two days later on Easter (it was still as amazing as the day I made it!) and my Aunt’s boyfriend raved about it saying, “This is banana bread done right!” Lol, take his word fore it. It’s awesome. Can I just say it was TORTURE saving the second loaf for that long? Two days is a long time when you have this deliciousness staring you in the face.

Let’s talk about the glaze for a second. Banana bread is nothing without a glaze or some kind of frosting. Naked banana bread is just not right. I mean, this bread would be just as good without anything, but I really recommend adding the glaze. Actually, it’s not really an option, it’s necessary. Sorry. Just because it is classified as a “bread” doesn’t mean it doesn’t need anything. Banana bread is pretty much cake! And this glaze is absolutely out of this world. Spoon eating, finger licking outrageous. It really transforms the banana bread into something really amazing. 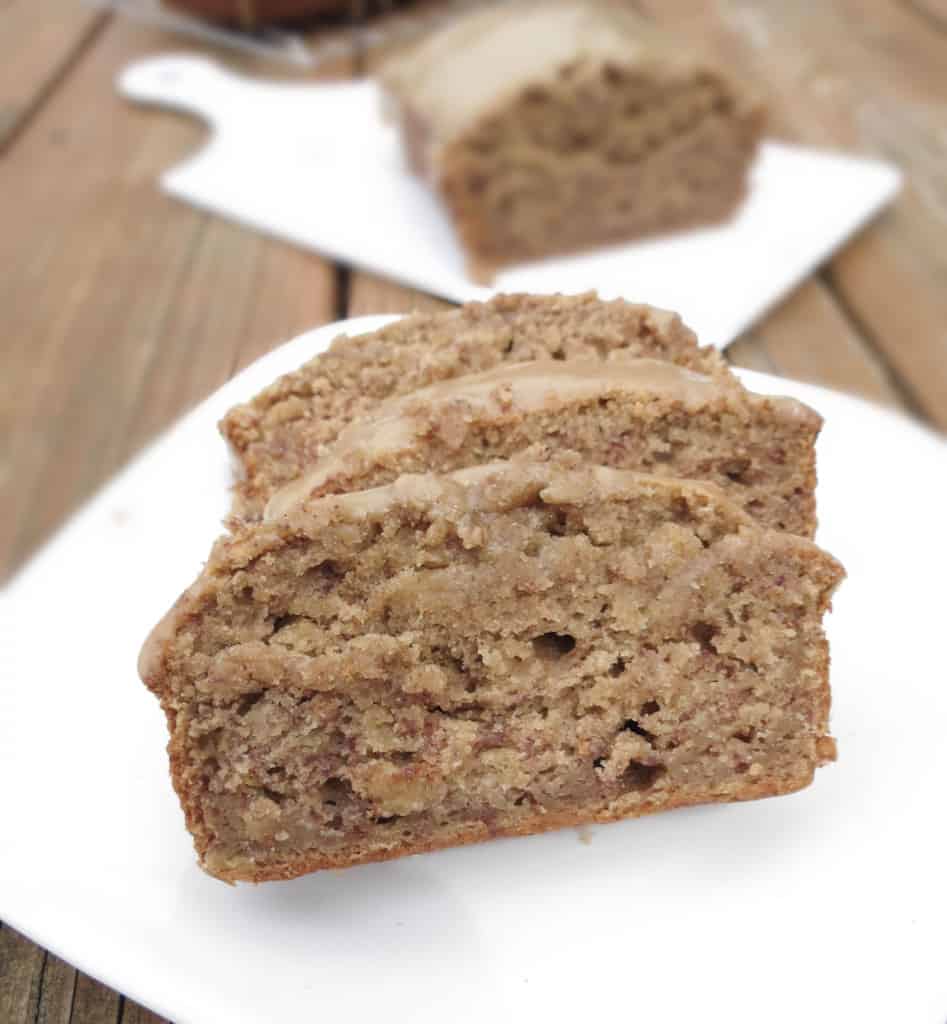 I never liked banana bread until I made my own version at home. Most recipes I have tried in the past come out so dry and were so bland. Mine is nothing of the sort. It is jam packed with so much flavor due to the amount of bananas and spice used PLUS the glaze on top is pure perfection. Puuuuuure perfection. 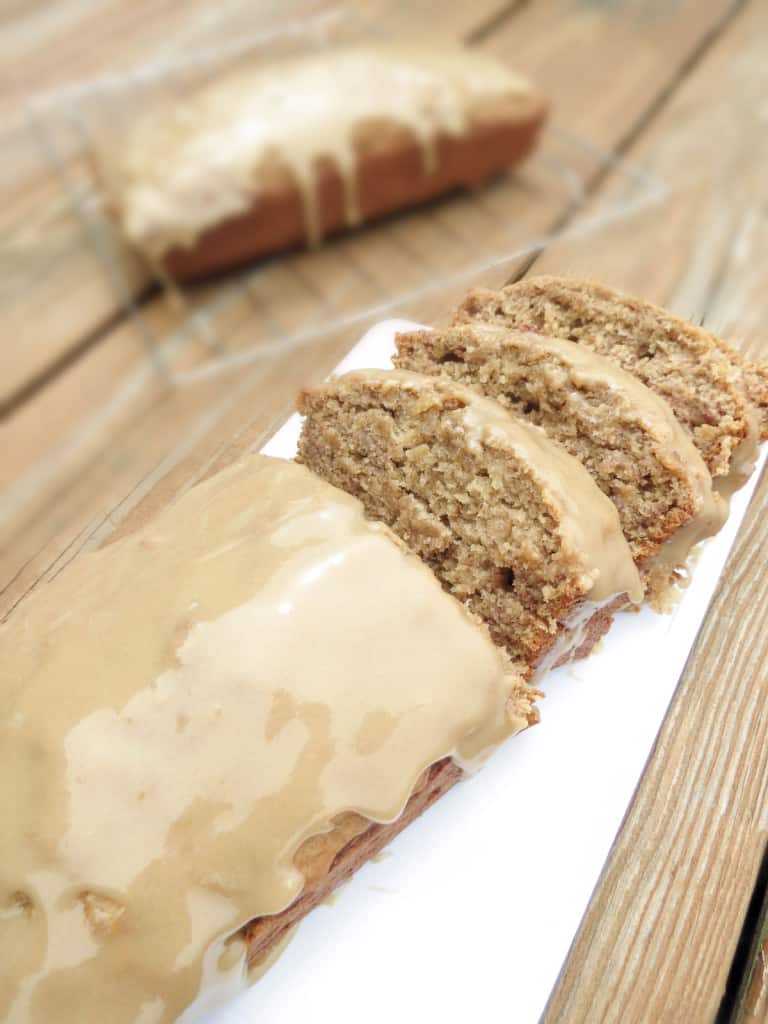 If you are a banana bread lover, I dare you to try this recipe. You will love me for it, I guarantee it! 🙂