Words cannot describe the goodness that is these Oreo Truffles. I make them for almost every occasion and everyone goes crazy over them! 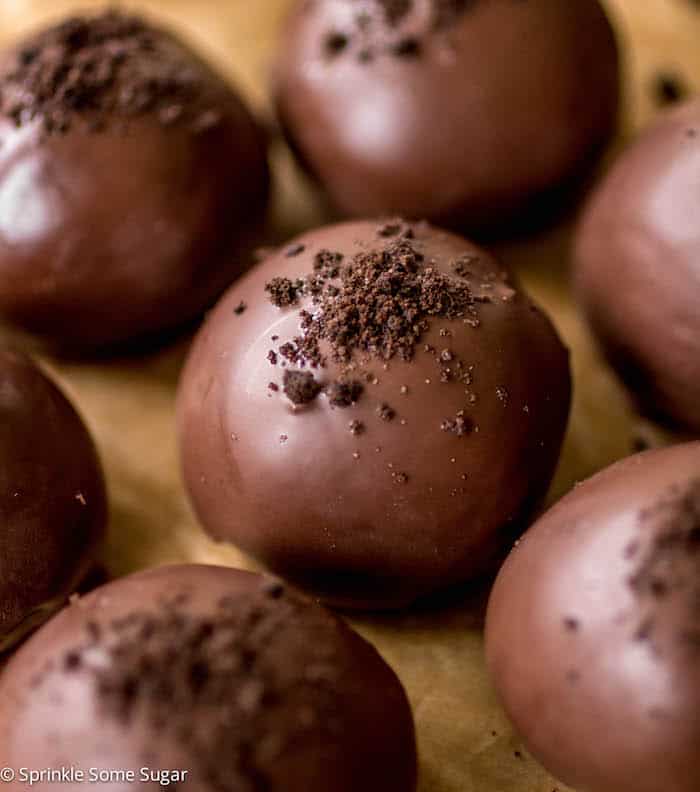 I just cannot get enough of these oreo truffles! They can be whipped up from start to finish in less than an hour and just trust me when you take a bite, you will not be able to stop at just one! One, two, three… and rest is history. Or maybe that’s just me? I use the same truffle recipe in my triple chocolate truffle brownies that are equally delicious! 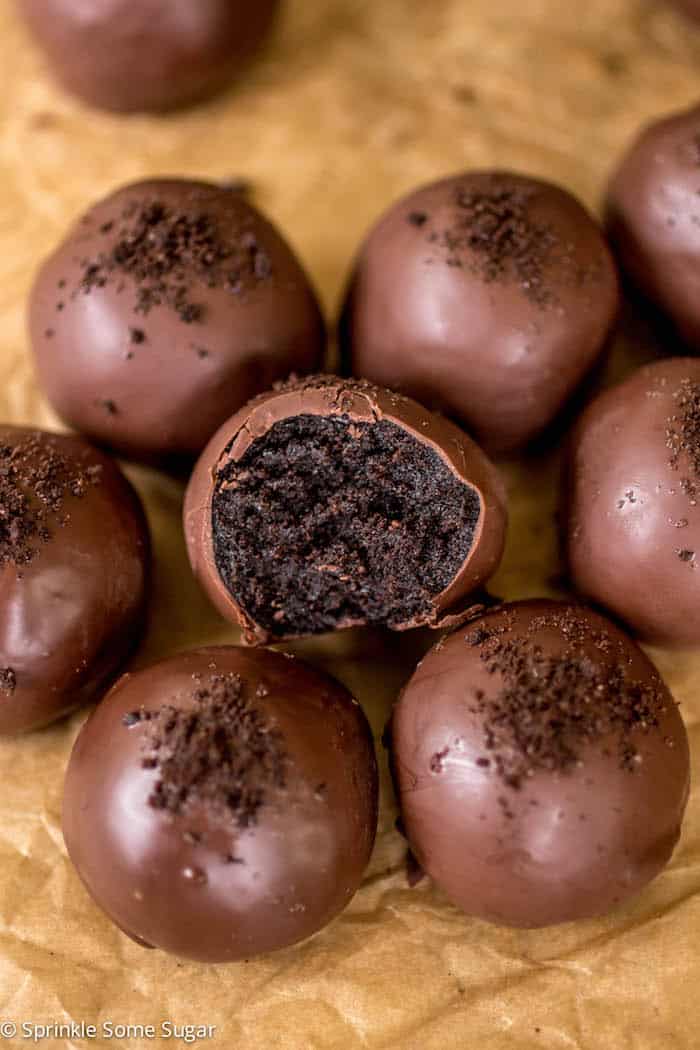 These truffles are made with three ingredients. You’ll need Oreo cookies, cream cheese and dark chocolate melting wafers. You can even use white chocolate if that’s what you like. It’s best to use high-quality chocolate for the coating because it makes a world of a difference in taste! Ghirardelli has awesome melting wafers that you can get in the baking isle which are what I always use. 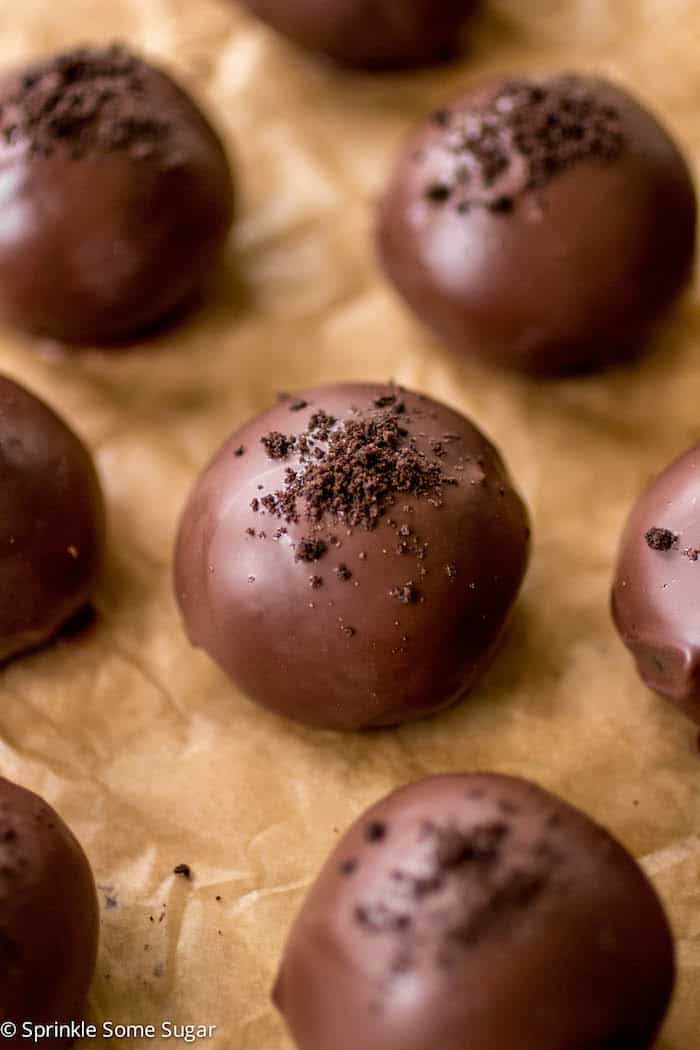 I always make these truffles for parties because they’re so easy to make. But mostly because everyone literally flips over them and they never seem to believe how easy they are to make! I’ll be making about 3,000 of these for my sons birthday party in a few weeks.
I know you guys will love these truffles just as much as we do!

Line two baking sheets with parchment or wax paper and set aside. One will be for the rolled truffles before dipping, and the second will be for the truffles after they are dipped in chocolate.

In a food processor, pulse Oreos into a fine crumb. Add cream cheese and pulse a few times until it comes together in a large ball. Roll truffle mixture into balls and place on one of the prepared baking sheets. Place baking sheet in the refrigerator for 10-15 minutes until firm. At this point you can also crush 3 extra cookies with the filling removed to sprinkle on top after the truffles are dipped.

In a small saucepan, add melting wafers and melt on low heat. Once melted, turn off heat and leave the pot on the burner while you dip the truffles. Remove the baking sheet from the refrigerator and start dipping your truffles into the chocolate. Carefully place them 1" apart on the second prepared baking sheet. Sprinkle crushed Oreo cookies on top, if desired. Repeat process until all truffles are coated in chocolate and allow to set up on the counter for 15-20 minutes. If you are serving them the same day, you can leave them at room temperature. If they are being made ahead, store in the refrigerator until ready to use. Be sure to take them out 30 minutes ahead of time so the truffles will soften up.

Easy Oreo Truffles will stay fresh for up to one week stored in an airtight container in the refrigerator.