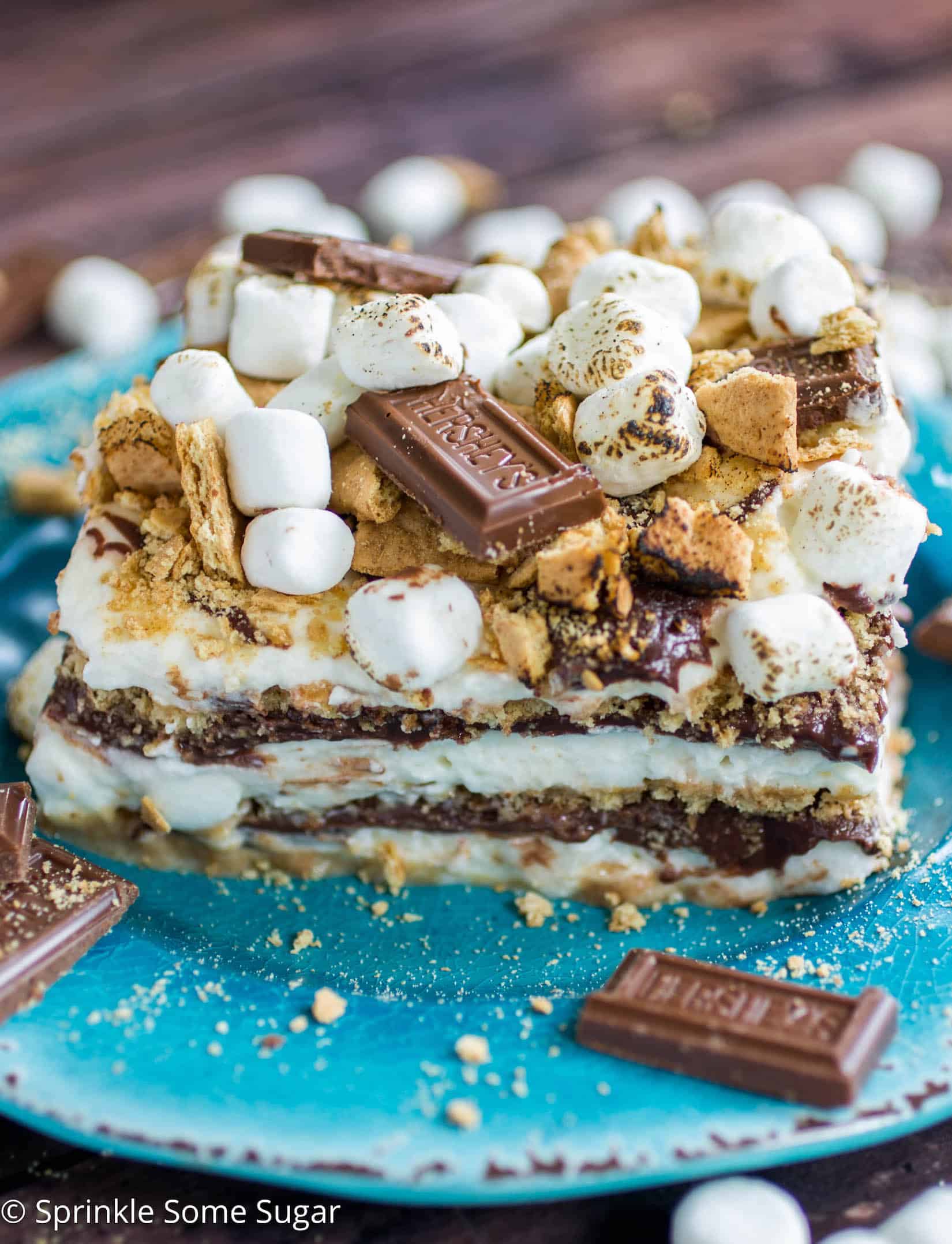 I have always loved making icebox cakes. The simplicity and flavor combinations are pretty much endless when it comes to them! I had so much coming up with this one. What’s better than s’mores in the summertime? You can even make this in the cooler months to get your s’mores fix. When I was researching s’mores icebox cakes, I noticed that almost all of them use chocolate pudding for the chocolate layers. I am not usually opposed to chocolate pudding in icebox cakes, but this particular one, I wanted to get as close to an authentic s’mores flavor as I could. This only meant creating a chocolate ganache! It stays super soft, almost like a smooth frosting. It’s amazing. 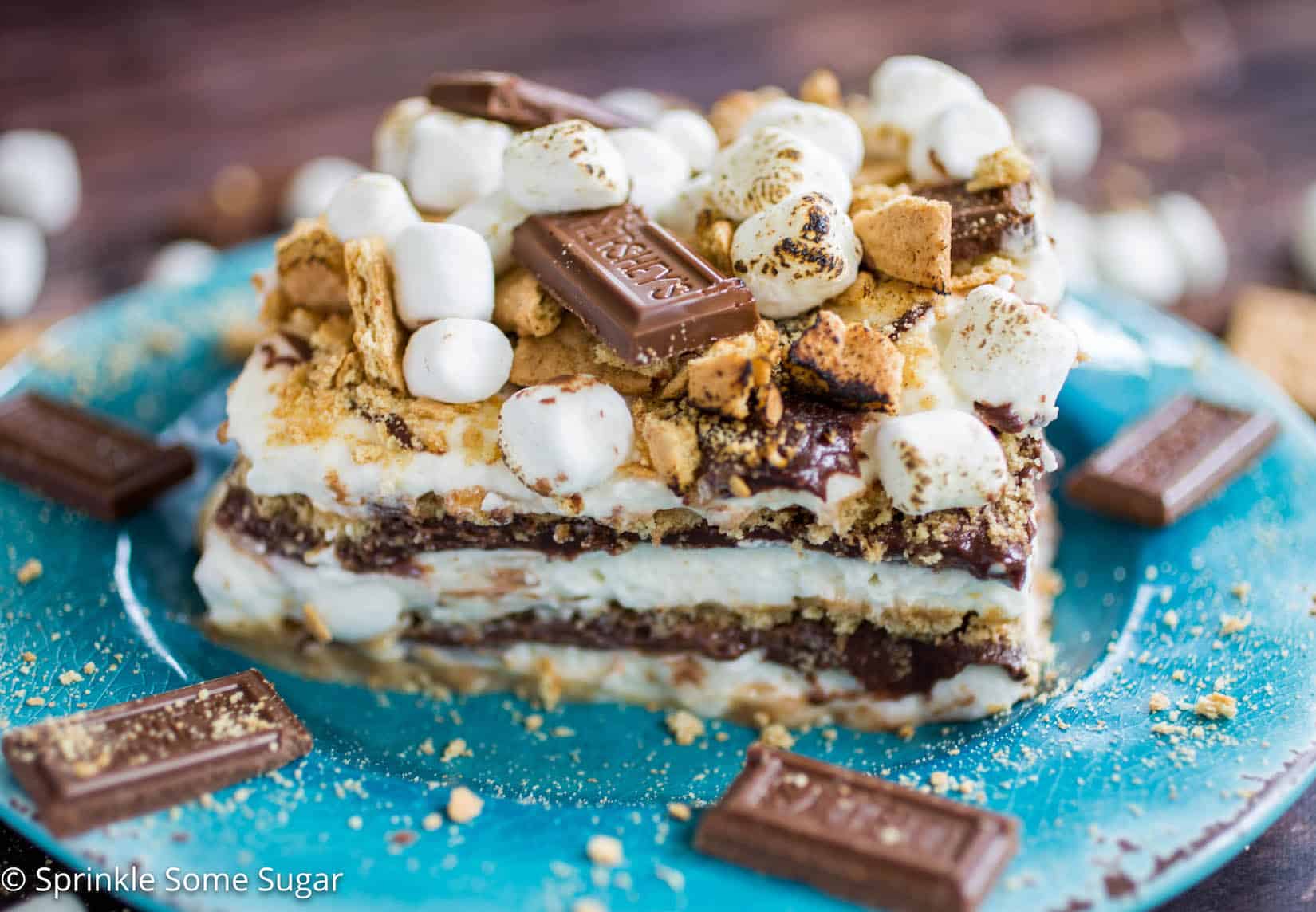 The top of the s’mores icebox cake is the most fun! I crushed up some graham crackers, broke up some Hershey bars (because ya know, what is a s’mores without Hershey’s chocolate), and added some marshmallows. The marshmallows do not need to be toasted, but I wanted to go all out, so I used my kitchen torch to crisp them up a bit.

The result? An EPIC win.

Not a fan of chocolate? Try my Strawberry Icebox Cake! 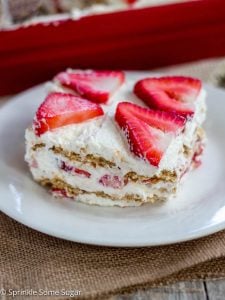