The chewiest, butteriest blondies with a hint of maple and loaded with chopped pecans. There’s still a few days left of Fall so let’s enjoy the flavors before it’s over! 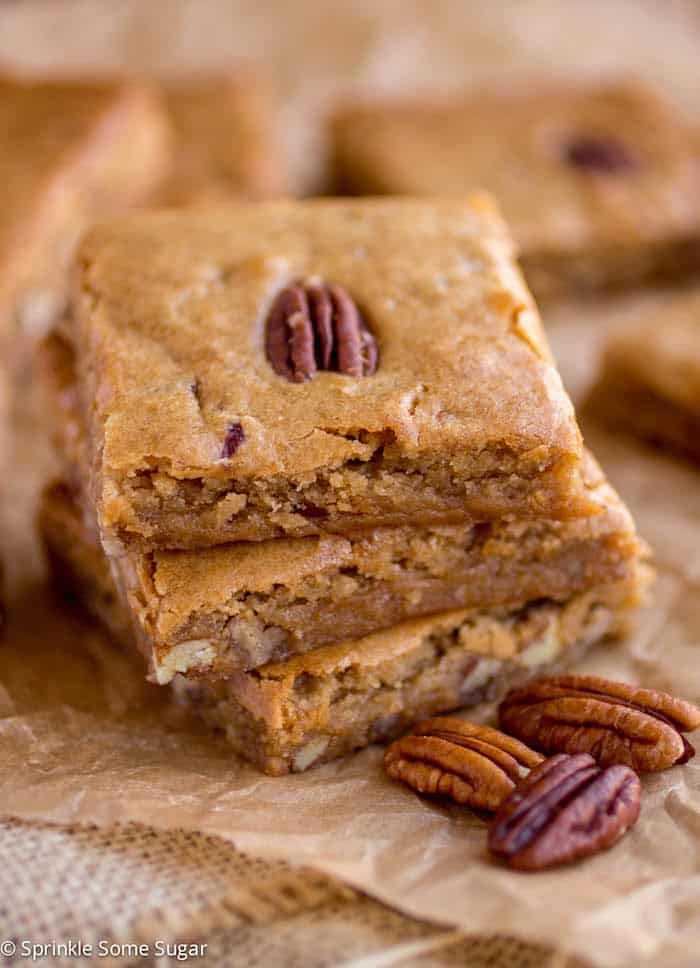 We’re slowly entering (dreadful) winter but technically it’s still Fall so we can still enjoy Fall flavors! Have you ever had a blondie? It’s pretty much the opposite of a brownie and they are so insanely delicious. This recipe is based off of my absolute favorite, go-to blondie recipe and to switch it up I browned the butter for a deeper caramel flavor, threw in some chopped pecans and added in some maple syrup because YUM. Let me tell you, these bars do notttt disappoint in the flavor department! 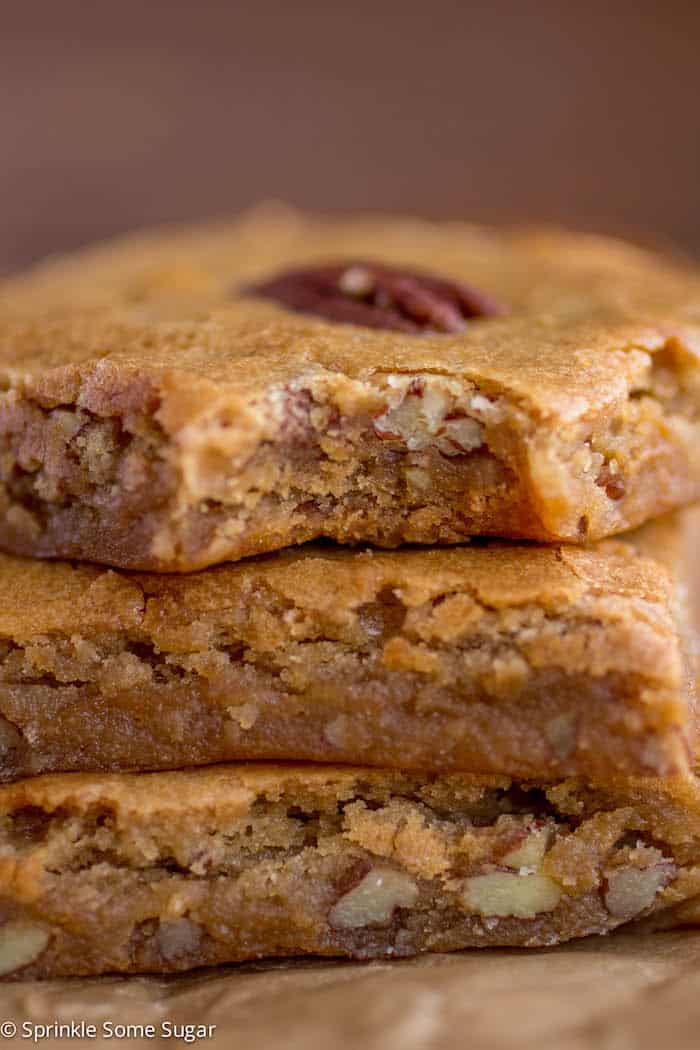 These browned butter pecan blondies come together in just minutes, that’s what I love so much about blondies! After browning the butter on the stove, just stir everything together and bake them up. I mentioned in this post how I used to be on the opposing side of nuts in desserts but that banana bread was so good that I’m expanding my horizons! You should be proud.

A lot of people joke about blondies being the bar you can just throw anything into. Don’t like pecans, use any kind of nut you’d like or just leave them out completely. You can even add any candy you have laying around or chocolate chips, butterscotch chips, cinnamon chips, caramel bits – those all sound like AMAZING options for these bars. The possibilities are endless!